The appointment of an Indigenous woman as the first dean of a law school in Canada was supposed to be a watershed moment for Lakehead University.

But it’s been nearly 18 months since Angelique EagleWoman resigned and subsequently sued the institution, alleging systemic racism at the Thunder Bay university. Now, Lakehead’s fraught search for a replacement has concluded with a non-Indigenous person being chosen as dean, beating out a First Nations man for the job.

Jula Hughes, a law professor at the University of New Brunswick who once clerked at the Supreme Court and practised labour and human-rights law, will assume the position on Oct. 1. She is a German-born legal scholar with expertise in Indigenous issues.

The turmoil at Lakehead’s law school is a microcosm of the wider Thunder Bay community’s struggles with racism and reconciliation with First Nations peoples. The city’s police force has been accused by two provincial watchdogs of racist attitudes. And in January, a white man will stand trial for second-degree murder after allegedly throwing a trailer hitch at an Indigenous woman.

In an interview, Dr. Hughes said she was looking forward to using her role as dean to pursue her long-standing interest in “rebuilding a plausible legal relationship with Indigenous people” by hiring more Indigenous faculty, taking students to First Nations communities in the region and reaching out to local tribal councils.

“I really think what Lakehead decided to do when it started the faculty here is tremendously innovative,” she said, pointing to its inclusion of aboriginal law in its mandate as an example. “It’s a question of growing it.”

Dr. Hughes, the third full-time dean since Lakehead launched its law school in 2013, will take over at a fraught time for the faculty. Ms. EagleWoman, a member of the Sisseton-Wahpeton Dakota Oyate Tribe from the United States who was hired in 2016, resigned from the post in April, 2018, citing systemic racism, and has launched a $2.67-million lawsuit for constructive dismissal and racial discrimination that accused colleagues of creating a hostile work environment.

Lakehead then hired Patrick Smith, a semi-retired local judge as interim dean. But local First Nations groups objected to the appointment. In 2008, Justice Smith had jailed the KI6, a group of First Nations protesters who had violated a court order in attempting to block a mining project on their treaty lands. The sentence caused outrage among Indigenous activists in Thunder Bay and the protesters were later released on appeal. Justice Smith left the post after a few months, succeeded by another interim dean.

Dr. Hughes beat out a long-time Indigenous professor at Lakehead for the permanent dean position. Dennis McPherson, who is a member of Couchiching First Nation, was one of the final candidates for the job who were invited to give public presentations to the Lakehead community. He has accused the university of discriminatory treatment before – in 1995, he slept in a tent on campus to protest what he believed was the school’s misappropriation of funds meant for Indigenous programs – and on Tuesday, he said he believed his identity was a factor in the decision.

“It appears they have done exactly what I expected them to do since I am the wrong kind of ‘Indian,’ ” he wrote in an e-mail. “I care more about moving Native values forward for the sake of our kids rather than aligning myself with the politics of the institution.”

Reaction from the Lakehead and Thunder Bay community was mixed on Tuesday. Joshua Sinoway, an Indigenous law student, said that he would have preferred to see Mr. McPherson become dean, because the veteran professor is from a nearby First Nation, and has experience researching and working with First Nations communities.

“I think Lakehead University made a safe decision by hiring a person who won’t ‘rock the boat,’ ” Mr. Sinoway said in an e-mail.

Others were more sanguine about the hiring. Derek Fox, Deputy Grand Chief of Nishnawbe Aski Nation, a political organization representing dozens of First Nations in northwestern Ontario, said that his organization had been consulted during the search process and that the university had been “respectful.”

“You don’t want to select someone just on the basis of their cultural background,” he said. “They were both great candidates.”

Daniel G. Cox, a law student and member of Fort William First Nation, said he is hopeful that Dr. Hughes can be an effective dean at Lakehead, even amid the controversy.

“I definitely don’t oppose it,” he said of her hiring. “I do have faith that even if things aren’t optimal now, [the administration is] listening to what the students have to say, and I can only hope they take that to heart.”

Dr. Hughes could start by hiring more Indigenous faculty and bringing in more Indigenous students, he said. “That’s something I would love to see. Because the Indigenous perspective has been so absent from the legal landscape.”

Lakehead can point to some recent progress. The law school has increased its Indigenous enrolment from five students in 2014-15, to 27 in the most recent academic year, and all students take mandatory courses in Indigenous legal traditions and aboriginal law.

For her part, Dr. Hughes has taken a career-long interest in Indigenous issues, publishing papers on residential schools and the honour of the Crown in relation to urban Indigenous populations, among other related subjects.

One of her priorities as dean is to recruit more Indigenous faculty, she said, despite the challenges of doing so.

“The reality is that Indigenous scholars in Canada are a very hot commodity. There aren’t that many of them,” she said. “So we will be working hard to attract people.”

And while she declined to comment on the EagleWoman case, Dr. Hughes is also taking in stride the prospect of controversy around her appointment.

“To the extent that Indigenous people have reservations about settler appointments, that is neither surprising nor in any way inappropriate,” she said. “It’s not a question I can help with terribly much … but I wouldn’t take [it] personally.”

With reports from Geoffrey York 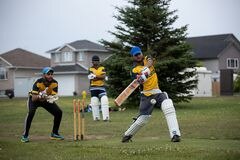 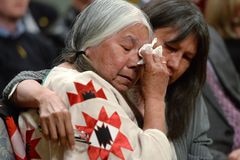 Sioux Lookout protest sparked by Indigenous teen’s arrest seeks to draw mistreatment of First Nations to the fore
May 1, 2019 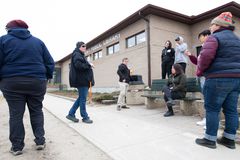