My wife and I have old friends we see every now and then. We enjoy their company, but I get up in the morning at 5:45 to swim and they have no time constraints and stay after dinner until late. How can we tactfully encourage them to leave at a reasonable hour?

Good question – one I’ve confronted many times over the years:

What do you do when you want to go to sleep, but your guests show no signs or intentions of leaving?

I’ll tell you what I’ve done in the past. Now, I want to emphasize most emphatically: This is not what I advise. It’s just a little background information.

In my world it’s called “bolting.” You look for a suitable opportunity when no one seems to be paying a lot of attention to you – or, if such an opportunity doesn’t present itself, casually act as though you’re just heading to the washroom – then stealthily slither off to bed.

I always feel slightly guilty when I, as the host, “bolt.” But as I lie under my cozy duvet, I can often still hear the sounds of my guests happily chatting away and thus conclude that they probably don’t mind or perhaps even notice my absence and so to the sounds of their merrymaking and laughter I quietly drift off to sleep.

My brother-in-law is also a bolter. In fact, he is something of a maestro. He is ... the Master Bolter. He could teach a class.

He’s an early riser, so when his time comes, his time comes. We’ll be at his house, laughing and chatting, sipping wine, when suddenly someone will say: “Hey. Where’s Johnny?”

(Except, of course, unlike Keyser Soze – the ultravillain from the movie The Usual Suspects – he isn’t disappearing in order to continue a campaign of pure evil; he’s simply gone to bed.)

I never mind it. I’d have to be a horrible hypocrite! (Which I am, but in other departments.) As a fellow bolter, I am naturally deeply sympathetic. When it’s discovered my brother-in-law has vanished, I merely smile quietly to myself and think: “Sleep tight, my friend.”

One of the features of the bolt, as you have no doubt surmised, is you don’t say goodbye or goodnight to anyone.

The reason? Everyone will say: “Oh, no, don’t go, come on, stick around, the night is young,” and so forth. Which is flattering; it’s nice to be liked, but you’re simply too tired to run this gauntlet of objections and fight all the resistance to the siren call of your duvet.

(Obviously, you can only do it if you have a spouse willing to hold down the fort, hosting-wise, which both my brother-in-law and I do.)

Now, I want to re-emphasize that this is all merely background information. I’m not advocating bolting. Do as I say, not as I (or my brother-in-law) do.

Especially if it’s just the four of you. In your circumstances, even the most artful bolt might lack a bit in the mystery department.

There are numerous ways to politely or, as you put it, “tactfully” let your friends know you’re tired and want to go to bed and it’s time to wrap up the festivities.

(On the other end of the spectrum: The rudest way I’ve ever heard of, although it’s possible it’s apocryphal, is a host and hostess who would flick the lights on and off, as some bars used to do at closing time, to signal their guests it was time to go.)

Why not simply say some version of what you’ve said to me? “Guys, we enjoy your company, you know that …” Maybe don’t be afraid to lay it on a little thick: “We love you to bits. But I get up at 5:45 to swim, and right now, feel like I have lead weights attached to my eyelids and need some serious sack time. Could we possibly reconvene this most stimulating and excellent encounter at a later date?”

I don’t see how they could possibly take offence. In fact, they’d have to have hearts of stone not to gather their things at that point and recede into the night.

And then you can add to your ultra-early morning exercise routine with a little late-night aerobics by running, not walking, to the washroom, brushing your teeth extra vigorously and diving into bed.

How can I encourage gratitude among Thanksgiving dinner guests? Subscriber content
October 7, 2019 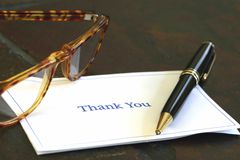 How do I keep freeloading friends away without alienating them? Subscriber content
September 30, 2019 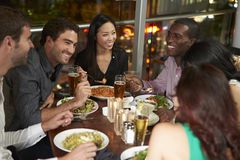 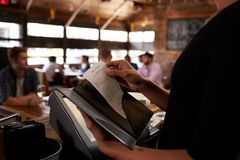