The cemetery in this northern Ontario city lies beside the Trans-Canada highway, a smoking pulp mill as its backdrop. Visit it today and you will see an unusual sight: a traditional Indigenous spirit house sitting among the rows of black, grey and brown headstones. The low-slung rectangular structure has shingles on its roof and bright symbols on its white, plywood walls.

A tall, quiet young man named Everett Dylan MacKinnon-Ottertail put it there last month over the grave of his sister Devon, who died May 3 at the age of 36 from a rare blood disorder. The city ordered it taken down. Stung, he posted a video about the edict. Outraged comments poured in, with some calling the edict disrespectful and others saying the city should be ashamed of itself.

But instead of organizing a protest or raging at city officials, Mr. MacKinnon-Ottertail met with them to talk it over. They explained the reason for the ban: The unorthodox structure violated a city bylaw. He explained the meaning of spirit houses, also known as grave houses. Found on the burial plots of Indigenous people in parts of Canada and the United States, they are believed by many to shelter the spirit before it transitions to the next world.

City officials now concede that the spirit house can stay. They are even looking at changing the rules to allow for more, in recognition of the 19 per cent of the city’s 7,800 residents who are Indigenous.

Local community groups are saying the settlement shows how simply listening and learning can lead to reconciliation. Four years ago, the Truth and Reconciliation Commission called for a broad transformation in the relationship between Canada and its Indigenous peoples. This small episode in a little town suggests one way it might be accomplished.

“Anger doesn’t solve anything,” says Mr. MacKinnon-Ottertail, 28. “You can’t approach it that way. You’ve got to teach them so they understand. They did this because they didn’t understand.” 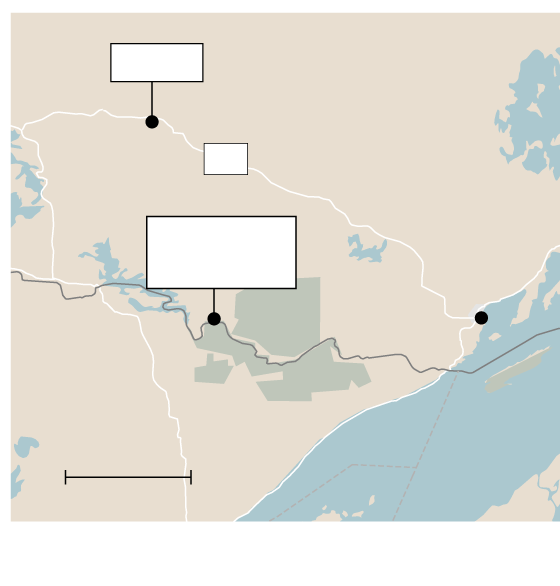 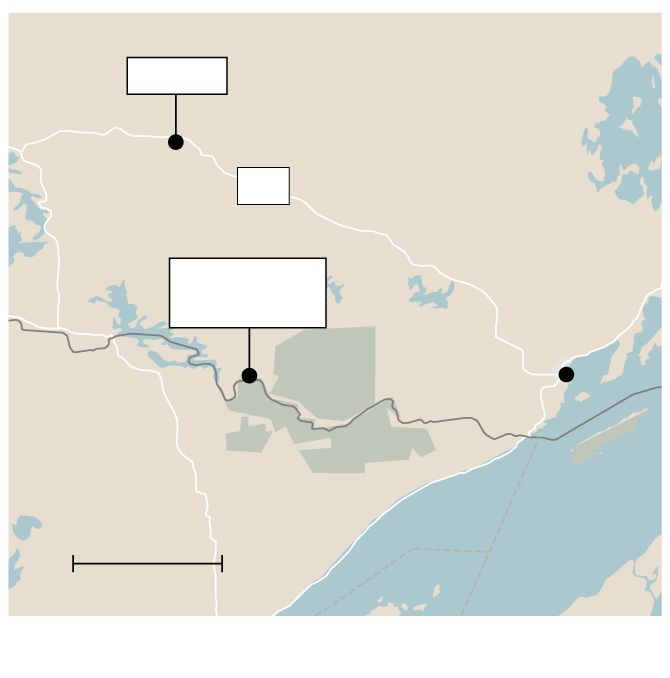 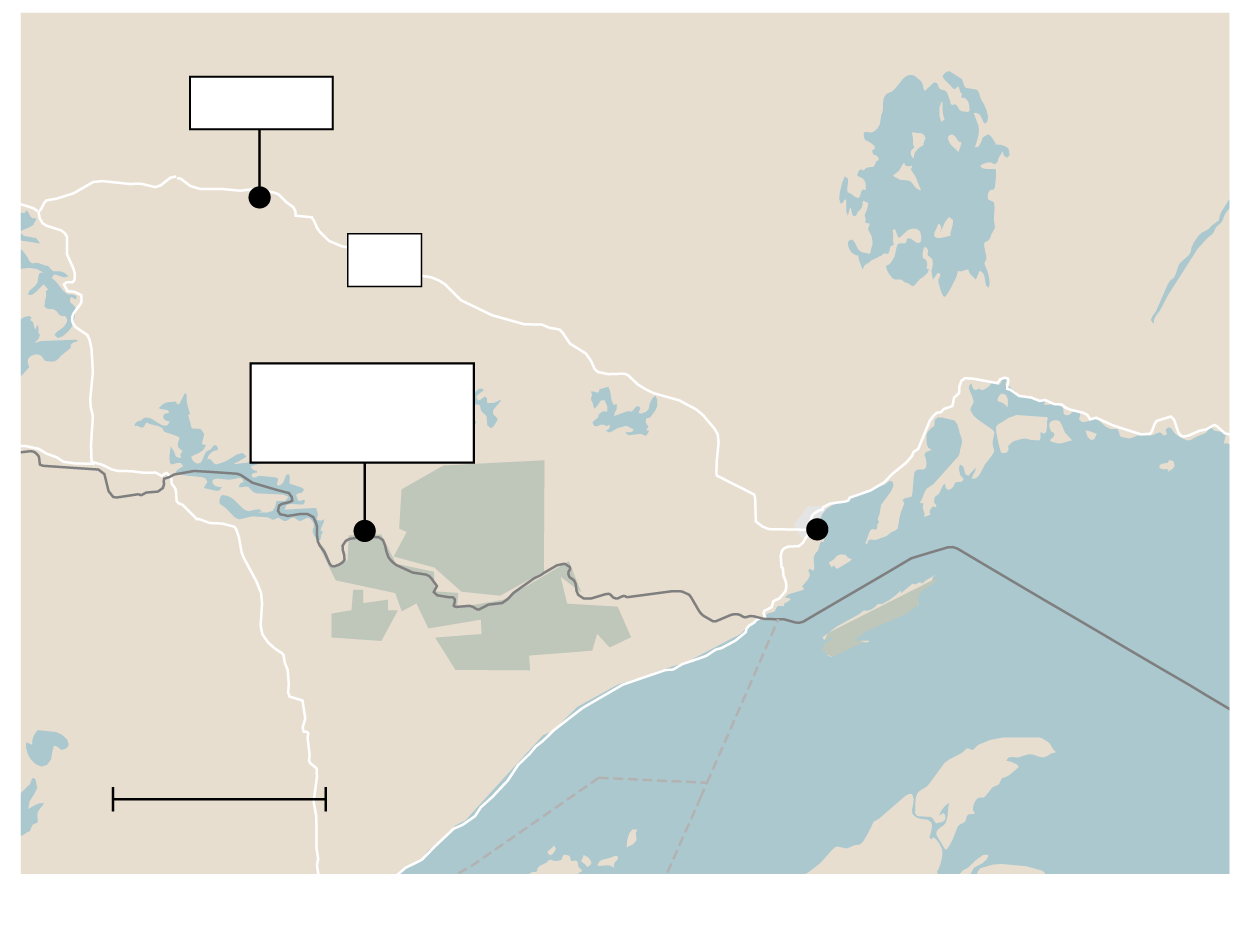 He and his sister are the offspring of Everett Ottertail and Danalyn MacKinnon. Mr. Ottertail, who died when his son was still an adolescent, was from the Lac La Croix First Nation down by the U.S. border. Ms. MacKinnon has Scottish and Irish ancestry. They met when she was teaching at Lac La Croix. She later became a lawyer, a justice of the peace and, in 2017, a provincial court judge.

Mr. MacKinnon-Ottertail says the siblings grew up with “one foot in the white, European world and one on the traditional side.” A 6-foot-3 pharmacist’s assistant who likes soccer, video games and making music, he went to powwows and learned to dance and drum. His sister, Devon, worked in economic development on a nearby First Nation and put her daughter in Ojibway classes.

When she died this spring, after spending close to a year in hospital as she struggled with her illness, her family gave her a traditional funeral with prayers and drumming. Instead of a headstone, they placed a simple post with a clan marking at her grave. Her obituary said: “Devon has flown across the river and into the warm embrace of her loving father Everett. She sits with him now around the campfire under the watchful eye of the Creator and those who have crossed before her.”

Mr. MacKinnon-Ottertail had seen the spirit house at his father’s grave in Lac La Croix. He decided his sister’s plot should have one. Her friends helped build it in Thunder Bay and his mother brought it four hours west to Dryden in her pickup truck. They installed it after dark to avoid a fuss, anchoring it to the ground with tent pegs.

Among the images on its walls are a cupcake; a rainbow; an eagle symbol; a pair of white-rimmed glasses like the ones she wore; a caricature of her favourite actor and comedian, Kevin Smith; books that she loved, including Anne of Green Gables; and a sun to represent her Indigenous name: Sunshine Through The Trees. Her daughter, Emily, added a Slurpee in a cup because she and her mom used to go out for the icy drinks as a treat.

In a glass window at the front, her brother placed a dream catcher and tickets from a Hedley concert she had attended. On the roof he put a label saying: Traditional Anishinaabe Grave House. He left his number in case anyone wanted to call him for further explanation.

A letter from the city came instead. It said the city bylaw prohibited any article that might be “deemed detrimental to efficient maintenance or constitutes a hazard to machinery, employees or visitors.” Unless the spirit house was removed, city workers would take it away. Mr. MacKinnon-Ottertail broke down and cried at his workplace when he read the cold, bureaucratic language.

With the help of an Indigenous leader, he got a meeting at City Hall. The head of the Dryden Native Friendship Centre, Cheryl Edwards, came along with her mother to explain the history of spirit houses. In many First Nations communities, she says, you can see rows of them. Some people leave useful items for the departed: a kettle, a flint, a miniature axe.

The city’s chief administrative officer, Roger Nesbitt, listened respectfully. “Once we better understood what role the spirit house played in the Ojibway tradition,” he says, “we wanted to learn more.” Staff are drawing up changes to the bylaw for city council to consider.

Ms. Edwards calls it a good ending. “I am so proud of Dylan,” she says. “He could have chosen to react with animosity and anger, but he didn’t.” She adds: “We can speak about reconciliation till our faces turn blue, but when you put that into action I believe we are making not just better and more respectful relationships, we are also changing history – a history that was so repressive.”

Patty Vann, chair of a local anti-racism group, is pleased, too. Volunteers set up the Dryden Area Anti-Racism Network after a series of troubling incidents in the city a few years back, including one in which slurs were hurled at an Indigenous youth in a local fast-food restaurant. Since then, Ms. Vann says, Dryden has moved forward. Schoolchildren study Indigenous issues during Treaties Recognition Week and dress for Orange Shirt Day in honour of children sent to residential schools. A special program for Indigenous single mothers helps them with housing and daycare.

She feared the dispute over the spirit house would throw things into reverse. Instead, it showed people “can sit down and talk and listen to each other’s stories and learn from it.” Mr. MacKinnon-Ottertail himself said on Facebook that as angry as he was over the city’s letter, he decided the best approach was “presenting knowledge, and letting them turn that into wisdom.”

He hopes his modest victory will be of practical help to local Indigenous people. If they can put up graves that reflect their culture, they will have the option of burying their relatives close to home instead of back on the reserve, saving them hours of travel.

Standing on the snowy ground beside the spirit house, he says he is glad his sister’s grave is near. He thinks that “she would have been proud of us.” 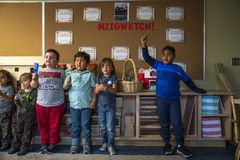 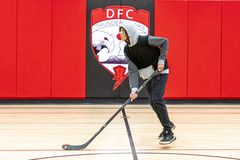