Nipissing University says it has launched an investigation following a Globe and Mail story about a far-right discussion group that included a student-teacher who boasted of raising doubts about the Holocaust with a middle-school class.

The North Bay, Ont.-based university sent an e-mail to staff and faculty Tuesday saying it was “investigating the student in question.” In the discussion group a participant with the username Dank, who did not reveal his real name, described himself as a University of Toronto graduate studying to become a teacher at another Ontario university. He also shared an image of what appeared to be course material with the Nipissing logo.

Dank was one of approximately 180 participants in the Canadian Super Players chat, whose online discussions were characterized by a shared perspective that is anti-Semitic, anti-immigrant and Islamophobic. A number of other participants appeared to be either students at Canadian universities or recent graduates. More than 150,000 messages from the Super Players chat, which took place between 2017 and 2018, were originally obtained by Montreal-based anti-fascists and given to The Globe and Mail.

Dank told his fellow participants that he worked as a student-teacher in a middle-school classroom. He described raising questions about the Holocaust at a moment when the actual teacher was not in the room. He said he encouraged the students to do their own research in the hope that they might find some of the same sources that he had when he was younger.

He also told the group that it was important for the far right to have a presence in educational institutions.

“We can’t just give over education to the people who hate us,” Dank wrote.

He said he was reluctant to get too close to anyone in his profession for fear they would betray him for his beliefs. He added that he was successful in the diversity class in his program because he was familiar with “all their narratives.”

“I’ll play their game and recite what they want to hear,” Dank wrote.

Nipissing, in its e-mail to staff, said it had contacted schools in which the described incidents may have taken place. It also contacted the Ontario College of Teachers and will keep them informed of the investigation’s results. The university said it would be conducting a degree audit of the student in question.

“We will continue to strive to create an environment that is inclusive, diverse, welcoming and safe. We want to reinforce that there is no room for bigotry, intolerance, and racism at Nipissing University,” said the e-mail, which was sent on behalf of the university’s senior administration.

It’s not clear what action the university could take following its investigation.

James Turk, director of the Centre for Free Expression at Toronto’s Ryerson University, said that in general, universities see themselves as places that foster wide-ranging debate. They don’t tend to take action against the expression of views unless they meet the definition of hate speech, he said. “Being racist is not against the law in Canada, despicable though it is,” Prof. Turk said. 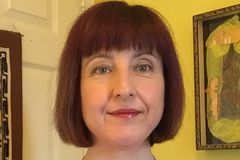 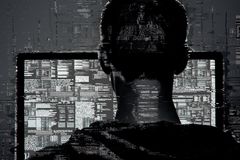