Ontario is moving to force large food retailers and product manufacturers to pay the full cost of recycling, in a major shakeup aimed at reducing the amount of plastic waste in the environment.

Canada’s largest province on Friday will name a special adviser on plastic waste and recycling to determine how quickly it can fully transfer recycling costs from municipalities to companies that generate plastic and paper-based packaging in the first place, according to documents obtained by The Globe and Mail.

David Lindsay, the current president and chief executive of the Council of Ontario Universities, will also report back to Environment Minister Rod Phillips by August on what the transition could mean for city-owned assets, such as sorting centres, as well as collection programs, according to a mandate letter seen by The Globe. The work also includes standardizing what can be recycled in offices, parks, public spaces and homes.

The move reflects increasing concerns about pollution and the effectiveness of municipal waste programs that experts say have been overwhelmed by a flood of single-use plastics and other hard-to-recycle packaging.

For many cities, recycling costs have escalated sharply as large export markets turn back shipments of contaminated waste, sapping revenues from curbside programs and leading to pileups of unwanted plastic across the country.

In the mandate letter, Mr. Phillips said Ontario’s recycling rates have been stalled for 15 years and that up to one third of what is put into blue boxes ends up in landfills instead.

"Some of Ontario’s plastic litter and waste is being shipped across the ocean to the Philippines and Malaysia. Meanwhile, plastic and other litter is increasingly plaguing our parks, highways, rivers and lakes,” he said.

“This is unacceptable – both industry and government must do better.”

Ontario would join British Columbia as the only other province where large food retailers and consumer packaged-goods companies fully cover recycling costs, a system known as extended producer responsibility, or EPR.

The non-profit collects fees from companies each year to pay for the cost of collecting, transporting, sorting and disposing of waste across the province. It pegs annual costs to companies at about $100-million. Cities and towns cover the rest.

Ontario’s plan would see Stewardship Ontario pay full freight, while municipalities would save up to $175-million annually, based on 2017 costs, according to the province. The province says every community with an existing blue-box program would be transitioned to the new system.

Mr. Phillips and other advocates say EPR creates incentives for companies to design packaging that is easier to recycle and would also allow for a common list of acceptable materials across the province.

But environmental groups say Canada also needs to emphasize policies that would reduce the amount of plastic generated in the first place. Canadians discarded some 3.3 million tonnes of plastic in 2016, far eclipsing the amount that was recycled, according to a report commissioned last year by the federal government.

Sarah King, head of the oceans-and-plastics program for Greenpeace Canada, said making packaged-goods companies responsible for recycling costs is an important piece of a broader strategy to reduce plastic waste that must also include bans on problematic plastics.

“If we have learned anything from the British Columbia EPR example, without massive reduction efforts, theoretically recyclable materials regularly end up in landfill and the environment,” she said.

On Thursday, more than 20 environmental lawyers urged Environment Minister Catherine McKenna and federal Health Minister Ginette Petitpas Taylor to designate plastic waste as a toxic substance under the Canadian Environmental Protection Act, the first step toward implementing bans on unnecessary single-use items. The Liberals are set to release the initial phase of a strategy aimed at reducing plastic waste next week.

“The evidence is there," said Elaine MacDonald, director of the healthy communities program at Ecojustice. "It’s time for the federal government to step up.”

Philippines lifts Canadian travel ban but no word yet on return of ambassador, consuls general
June 6, 2019 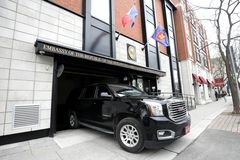 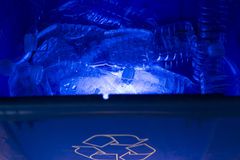 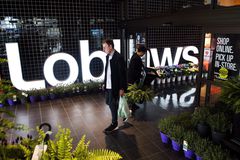