Premier John Horgan must be having sleepless nights over the spike in B.C. gas prices. His political rivals both at home and in neighbouring Alberta blame him for recent record-smashing prices that routinely exceed $1.50 a litre at most Vancouver stations.

The BC Liberals are capitalizing on the situation by placing giant digital billboards near key commuting locations to remind motorists they are paying more for their commute. With their imposing photo of the Premier and swath of NDP orange, the billboards resemble election signs, except for the words, “Blame John Horgan.”

The Liberals are also sending flyers with a similar message to suburban voters in swing ridings in Maple Ridge, Port Moody and North Vancouver, currently held by the NDP. And at every opportunity, Liberal Leader Andrew Wilkinson is hammering Mr. Horgan for inaction, saying the province needs to cap gas taxes, which increased in April, 2018.

It doesn’t matter that, as The Globe’s Justine Hunter points out, the total provincial tax on gasoline is only 34.39 cents a litre, a fraction of the current costs. And never mind that experts in the field agree British Columbia’s lack of refining capacity and market forces beyond any one province’s control are the true drivers of the price spike. Commuters getting hosed at the pumps are looking for someone to blame. And when it comes to the optics of gas price increases, Mr. Horgan has made himself extremely vulnerable.

Since forming government in 2017, Mr. Horgan has positioned himself as an anti-pipeline crusader, openly campaigning against the Trans Mountain expansion which oil-revenue dependent Alberta and the federal Liberals are determined to build. The result has been a feud so nasty that both former Alberta premier Rachel Notley and newly elected Premier Jason Kenney have threatened to cut off gas supplies to B.C. altogether. This may or may not be legal; the courts will decide. But Alberta does supply 80 per cent of domestic fuel burned in B.C., so the threat carries considerable heft.

From across the border, Mr. Kenney is trying to incite mutiny, calling on British Columbians to pressure the B.C. government to clear the way for the Trans Mountain pipeline project and inferring the interprovincial feud is linked to high gas prices.

It is highly debatable that the Trans Mountain pipeline expansion would do much to lower gas prices in B.C. The line is intended to move bitumen to tidewater, not refined oil to B.C. Nonetheless, it would be almost impossible for Mr. Horgan to walk back his anti-pipeline stand. His tenuous government depends on support from the Green Party and Leader Andrew Weaver insists continued pipeline opposition and carbon taxes are non-negotiable.

So on Tuesday Mr. Horgan did what may be the most he can do – he asked the B.C. Utilities Commission (BCUC) to consider investigating the cause for the price increase.

Not long ago the shoe was on the other foot. In 2007, Mr. Horgan as opposition energy critic attacked the Liberals for sitting idle while gas prices spiked. In an op-ed for the Vancouver Sun he wrote, “The provincial government has the power to protect consumers. The question is: Does it have the political will?”

Mr. Horgan’s answer back then was a consumer protection act giving the BCUC the ability to regulate gas prices and prevent wild fluctuations. Mr. Horgan made it sound simple, but at least one critic dumped on the idea, saying the problem is not oil company collusion but a simple case of demand exceeding supply.

B.C. has no new refineries on the way and Mr. Horgan’s suggestion that Alberta build one to help B.C. out seems a bit rich given the current relationship between the two provinces. If there were an easy fix for high gas prices, previous governments likely would have implemented it.

Prices are far higher now and this time it’s Mr. Horgan who’s over a barrel. 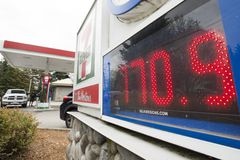 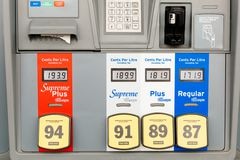 Opinion
If B.C. by-election is a harbinger of things to come, then the Liberals and NDP had better watch out
May 7, 2019 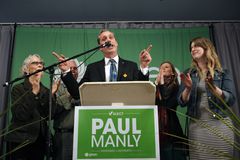