The first question period at the Alberta legislature under a new government got dirty in a hurry Thursday as Premier Jason Kenney and Opposition Leader Rachel Notley swapped accusations of criminal behaviour, sexual misconduct and harbouring rule-breakers.

Notley demanded to know why Kenney was allowing Calgary legislature member Peter Singh to sit in the United Conservative caucus.

Singh won the Calgary-East seat in last month’s provincial election, days after his auto-repair shop was raided by Mounties and a computer hard drive confiscated in a fraud investigation into the UCP leadership race that was won by Kenney.

“Why have you not taken action and ejected this member from your caucus?” Notley asked Kenney.

Kenney replied: “It’s sad to see (on) the first day of this new session, the (former) premier smearing a member of this place who is duly elected, who is not facing allegations against him, who is not under charge.”

Kenney then launched his own attack: “Would the leader of the Opposition like to identify which members of her caucus were under charges of serious sexual misconduct?”

Notley shot back: “Not one member of this caucus is now or has been under investigation by the RCMP, but the member opposite cannot say the same.”

Last year, when Notley was premier, her office confirmed two members of her caucus had been accused of sexual misconduct. She said at the time that third-party investigations had been undertaken and that the issues were resolved. The names of the MLAs would not be revealed in order to protect the privacy of the complainants, she said.

Thursday’s question period was the first time Kenney and Notley had the chance to butt heads in the house since his party defeated her NDP in the April 16 election.

Investigations by Mounties and elections officials into the 2017 UCP leadership campaign dogged Kenney during the campaign.

Alberta’s elections commissioner has already levied fines for improper donations to one of the candidates, Jeff Callaway. Documents have shown that the Callaway and Kenney campaign teams worked in lockstep by sharing strategy and attack ads against Kenney’s main rival, Brian Jean, who had been leader of the Wildrose party.

Mounties are still investigating allegations that email addresses were fraudulently attached to party memberships to cast ballots in the leadership contest.

Kenney and Singh have denied any wrongdoing, but Notley served notice that her caucus will keep the issue alive.

“Has the premier himself ever been contacted by the RCMP about this matter?” Notley asked Kenney.

“No,” he replied, later suggesting that Notley has been wilfully blind to issues that matter to Albertans dealing with a sluggish economy and high unemployment rates.

“I see the (former) premier is now launching on a desperate fishing expedition instead of talking about jobs, the economy, or pipelines,” he said.

“It’s a continuation of the fear and smear campaign we saw in the last election that was so resoundingly repudiated by Albertans.”

Notley also reiterated a call to have a special prosecutor look into the UCP leadership race. She has suggested that Kenney and Justice Minister Doug Schweitzer, who ran against him in the race, are now in a conflict of interest given they oversee the police and prosecutors in Alberta.

“The police and the Crown prosecutor service operate independent of any kind of political direction from government,” he said.

“We respect that independence. We’ll always preserve and protect it.” 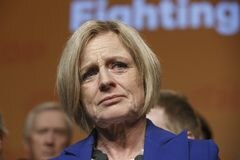 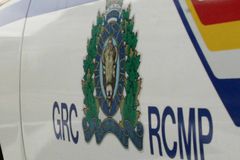