Reggie Leach had a long career in the National Hockey League that included a plethora of individual awards and a Stanley Cup, but on Monday, he’ll receive an honour he never expected.

Known as the Riverton Rifle during his playing days, he will receive an honorary doctorate from Brock University. For a man who left school after the eighth grade, and whose voicemail greeting is just “Rifleman,” the phone call from the university came as a shock. “I asked if they had the right guy,” he said.

Mr. Leach, a member of the Berens River First Nation who volunteers with First Nations youth, joins a select club of a few hundred Canadians who receive these awards annually.

The idea, members of several selection committees say, is to highlight lives of exemplary service and to bring those people into the university community.

Lists of recipients tend to read like maps of influence and power, but they are also symbols of the values the university wants to project.

At the University of British Columbia, the first honorary degrees were handed out in 1925 to a group that epitomized the establishment. They included the lieutenant-governor, the finance minister, the university’s chancellor and a couple of university presidents (including Canada’s top wartime general.)

Sally Thorne, chair of the UBC selection committee, said the committee usually starts with about 100 names generated from across the university. Some names are slam dunks, but the winnowing process, she says, is “brutally difficult.” How do you choose between so many worthy candidates?

“We’re looking for a story – for a message,” Prof. Thorne said. “We want to honour people who represent the best of what we stand for and also bring honour to ourselves by bringing those people into our university.”

She says money, or how much someone has donated to the school, doesn’t play a role, although many people who’ve had buildings named for them have also been given honorary degrees.

“There’s no question that some individuals, the contribution that they’ve made has included a very strategic gift to the university. But we always are quite careful,” Prof. Thorne said. It would raise eyebrows “if there was a sense that this was something that could be bought.”

At the University of Toronto, the selection committee meets for hours in a circular room in historic Simcoe Hall, surrounded by portraits of former university presidents and chancellors. To begin, committee members are given a list of all former recipients to help them gauge the weight of the honour they’re conferring,” said Sheree Drummond, secretary of the governing council. Largely, it’s about considering the entire slate of honourees, she said, and striving for a range of diverse choices.

In some cases, a committee’s decisions generate controversy. At the University of Alberta last year, the choice to award a degree to environmentalist David Suzuki was criticized by defenders of the province’s oil sands industry and led to protests at convocation.

Queen’s recently revoked the degree awarded in 1995 to Burmese democracy activist Aung San Suu Kyi, after she failed to speak up in defence of the persecuted Rohingya Muslim minority.

Being part of these celebrations hold significance even for the politically powerful. Conservative Leader Andrew Scheer skipped D-Day anniversary events to be at the University of Regina convocation this week as his brother-in-law, former NFL punter Jon Ryan, and Mr. Ryan’s mother, Barb – a noted volunteer and refugee advocate – were awarded honorary degrees.

For some recipients, these awards start to come regularly. Louise Arbour, for example, has received more than three dozen. CBC journalist and University of Victoria chancellor Shelagh Rogers was selected twice this year, by the University of Manitoba and Queen’s, bringing her total to seven.

Ms. Rogers said she believes she’s recognized more for her willingness to speak openly about mental health and her time as an honorary witness at the Truth and Reconciliation Commission than her work as a broadcaster. She’s also not afraid of a microphone, she said.

“It’s very humbling," she said. “It’s a lovely opportunity to give the students some advice you wish you might have heard at that time in your life.”

For Mr. Leach, who left home as a teenager and became a leading goal scorer with the Philadelphia Flyers, university was never a consideration. He said he has been through ups and downs in his life, but has tried to learn from his mistakes.

“I didn’t go to school. I quit at a very young age to play hockey,” he said. “But you know, life today is all about learning. … I’m more proud of what I’ve done after my hockey career.”

Mr. Leach has worked with First Nations youth and as a motivational speaker. He said that when he receives his honorary degree, he will tell the graduates to always remember the passion to change the world that brought them to university in the first place. 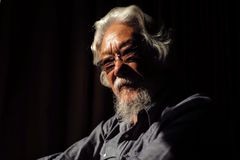 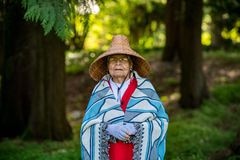