Alberta’s school curriculum is poised to become an underrated but key political issue as a multiyear redesign addresses such topics as Canadian war history, math instruction and, of particular interest in the province, how energy and environmental issues are taught.

While Ontario’s Progressive Conservative government embarks on a massive overhaul of education that includes scrapping the previous, Liberal government’s sex-ed curriculum, in Alberta the hot topics of debate are core subjects such as math and social studies – but also lesson plans on bitumen extraction and the effects of burning fossil fuels, which often hit close to home.

Some parts of the curriculum won’t be finalized until 2022, but politicians have already revving up the rhetoric.

“Parents say to me, ‘Why do my kids come home from school accusing me of killing the planet because I work in the oil patch?’ ” said United Conservative Party Leader Jason Kenney. “I hear a whole lot from Alberta parents and some teachers concerned that in a lot of classrooms there’s an anti-energy bias.”

Besides talk of pipelines, carbon taxes and oil-tanker bans, nothing riles a conservative political audience like the NDP government’s sweeping modernization of core curriculum subjects – a process Mr. Kenney says is all about introducing “social engineering and more failed teaching fads” to Alberta’s education system.

Premier Rachel Notley’s government says it is simply continuing the work on a massive curriculum overhaul, a years-long process that began in 2014 under Progressive Conservative premier Alison Redford. Some core subjects haven’t been modernized in 30 years.

However, it appears the government is trying to release some steam from the educational hot potato it has on its hands. After meeting with environmental groups and renewable energy associations, Mr. Eggen’s office has also taken pains to highlight departmental meetings with computer coders, military associations, the Canadian Association of Petroleum Producers, oil sands giant Suncor Energy Inc. and other energy-sector groups.

Curriculum input from the energy sector, especially, has long been a tricky issue in Alberta. Four years ago, as the NDP sat in opposition, it criticized the PC government for giving the oil industry a seat at the table during the first consultations on the curriculum redesign.

Now, the NDP government is the country’s biggest heavy-oil-pipeline cheerleader, and Mr. Eggen emphasizes the need for “fair representation” for the industry in the school curriculum. He says the fact Alberta is using oil money to diversify its economy and green its future energy production needs to be recognized.

“The energy industry is foundational to our economy, but also to our culture as Albertans,” he said last week. “We serve the public’s interest and we serve the interests of the economy – which is one and the same.”

As an example, the government says students in Grade 4 currently study the province’s natural resources, such as agriculture, oil and natural gas, forests and coal, but the curriculum does not include wind, thermal or solar power. That will change in future science and social studies classes.

Mr. Kenney seems to sense there is political hay to be made by talking about the curriculum. At his party’s convention in May, he had to pause his keynote speech for almost a full minute of loud applause and cheers when he said, “If the NDP tries to smuggle more of their politics into the classroom through their curriculum, we will put that curriculum through the shredder and go right back to the drawing board.”

However, the Alberta Teachers’ Association (ATA) notes that a June telephone and online poll of 810 Albertans found that issues such as classroom conditions – which include class size and support for special needs – are a bigger concern than the curriculum.

When Environics Research asked the question, “What would you consider to be the most important issue related to education in Alberta today” on behalf of the ATA, 22 per cent said class size, while 15 per cent said what is being taught. Another 16 per cent expressed concerns about education funding and the cost to parents.

ATA president Greg Jeffery suggested that making the curriculum a political issue doesn’t help anybody get ahead in the classroom.

While the government is aiming to have the kindergarten to Grade 4 curriculum approved by the minister by December, work on curriculums for other grades will continue for years – four years, in fact, for high school grades – and it’s still unclear when exactly the new curriculum will be introduced to classrooms.

Mr. Eggen made his political case to reporters last week, saying that if the UCP is elected in Alberta, his province should prepare for changes similar to what he calls the “gong show” in Ontario.

“We don’t need that kind of divisive, reductive politics here in Alberta," he said. 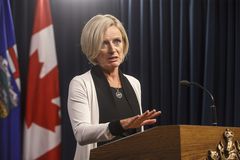 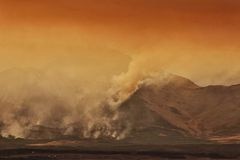 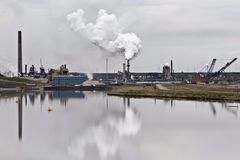