The new year began in Hong Kong with another round of protest. Throngs of chanting demonstrators marched through the streets. Militants built barricades and tossed Molotov cocktails. Police replied with water cannons and pepper spray.

This sort of thing has been going on since last June, when the protest movement sprang up over plans to bring in a law allowing extraditions to mainland China. The protesters forced the government to kill the extradition bill, but have failed to wring any more concessions from Hong Kong Chief Executive Carrie Lam. Behind her stands all the might of the People’s Republic of China.

Doubts about the movement are rising. What can the protesters possibly hope to achieve, considering the odds against them? Shouldn’t they be a bit more realistic?

In fact, they are being perfectly practical. Hong Kong is one of the miracles of the modern world. In the 20th century, it rose from colonial seaport to manufacturing dynamo to international financial centre. Hong Kong was where the world first saw what the Chinese people, unleashed, could do. Waves of migrants from the mainland came there in search of safety and riches.

By the time I got there in the early 1980s to work for a regional news magazine, tycoons were rolling through the streets in Rolls-Royce limousines. Per capita sales of high-end brandy were said to be the highest in the world. Young women in high heels tottered down from hillside shanties to work in high-rise office towers.

When I came back in 1997 to watch the royal yacht Britannia carry the last British governor into the mist, the plastic-flower and toy factories were long gone, moved to the mainland. Banking and trading were the new seams of gold. Real estate prices were soaring. Kids in the latest sneakers rode the magnificent, ever expanding subway system. The gritty port that I knew had become thoroughly bourgeois.

When I returned again a dozen years later, it was developing a civic consciousness. People were pushing authorities to do more about pollution drifting in from the mainland.

Today, Hong Kong stands fourth in the world on the UN scale of human development, tied with Germany and several places above Canada. The famous skyline boasts more skyscrapers than New York.

But all of this is fragile. Now that China proper has had its own economic miracle, Hong Kong is no longer the principal gateway to the Middle Kingdom. It must live on its wits. Its status as a services hub depends on the free press, fair courts and independent civil service that set it apart from the mainland.

That is why Hongkongers are so worried. Beijing promised in 1997 to respect Hong Kong’s separate system, and largely has. But the assumption back then was that China would gradually adopt something like that system itself, making for a smooth transition when the 50-year handover agreement expires in 2047. Instead, under Xi Jinping, its leader since 2013, it has been moving in the other direction. The extradition bill fed fears that he would tighten the noose on Hong Kong in the same way he has on the mainland.

So it isn’t some airy idealism that makes the protesters crowd the streets again and again. It is hard-headed common sense. Their future is at stake: their jobs, their homes, their liberties, their very way of life.

China is trying to show that a nation can develop and thrive without the bother of democracy. Hongkongers know that without democracy and the rule of law that it underpins, prosperity is vulnerable.

Many no longer trust their government to stand up to Beijing. They want the right to replace it with one that will. That means a greater measure of democracy than the limited version they have now. It should come as no surprise that they are so persistent, so determined and, in the case of the young militants, so angry.

The striving city where I lived four decades ago had an electric energy but no settled sense of self. Today’s Hong Kong seems much more certain of its identity. A growing majority of residents have been telling pollsters they consider themselves Hongkongers rather than Chinese. They are invested in the place in a way their migrant forebears never were.

They love their home and they want to keep it. Good on them for trying. 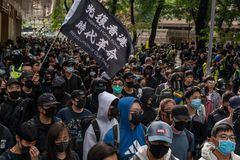 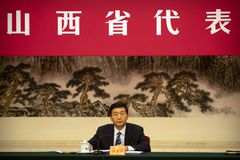 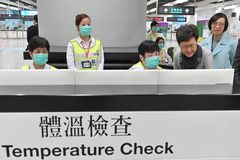