Among veterans of political campaigns, there has long been a common refrain that scandals don’t affect election outcomes as much as one might expect.

The reasoning is that much of the public starts from the premise that all politicians are up to no good, or at least prone to ethical lapses. So unless scandals directly affect voters’ lives, they can become white noise.

Justin Trudeau might find solace in such reasoning, about now. While the SNC-Lavalin affair has caused him to take a hit in how Canadians perceive him, maybe it won’t be enough of an unpleasant surprise for enough people to doom his re-election chances.

But if he really cares about the things he seemed to care about when he won office four years ago, Mr. Trudeau should find cause for alarm in that cynicism. And so, too, should other politicians who share his ostensible faith in our public institutions – and have cause to worry that, like Mr. Trudeau, they may be increasing Canada’s vulnerability to the form of populism that has recently swept everywhere from the United States to Europe and Brazil, but has yet to make much impact on our federal politics.

A recurring theme during that populist wave has been exploitation, by nationalists or demagogues or all-purpose rogues with little commitment to democratic norms, of a sense that governance is dominated by a ruling class whose members are one in the same: disconnected from day-to-day realities, in cahoots with each other and powerful businesses, so protective of their own interests that it makes them morally compromised.

The SNC-Lavalin affair may not be the worst possible contributor to that kind of cynicism. It has not involved personal enrichment for anyone in government, nor has it affected Canadians’ well-being as a scandal around a government program might. But it still checks many boxes.

Start with the way Mr. Trudeau may have driven home the sense that no mainstream politicians can be trusted.

Less than four years ago, he represented a fresh generation of leadership, credibly distanced himself from his party’s old ethical problems, displayed little cynicism of his own, immediately elevated to cabinet people from outside Ottawa’s political culture and appeared beholden to nobody other than the millions who elected him.

Now, he’s immersed in a scandal that stems from his office trying to influence the prosecution of a multinational company facing corruption charges. He’s accused of trying to cover it up, including by thwarting parliamentary committees from continuing to investigate, in ways that echo heavy-handed predecessors. This week, two outsiders-turned-ministers, having resigned from cabinet in protest, were removed from the Liberal caucus – a signal, to many, of the difficulty of challenging how things in Ottawa work.

Consider, too, how the affair has cast doubt upon the professionalism and neutrality of the federal bureaucracy. The country’s top civil servant, Michael Wernick, is retiring amid revelations of his direct involvement in pushing for a deferred-prosecution agreement for SNC-Lavalin, and after combative committee testimony in which he was accused of coming off as partisan. Meanwhile, pressure from the Prime Minister’s Office on former attorney-general Jody Wilson-Raybould to intervene in SNC-Lavalin’s prosecution, and the perception that she was demoted for refusing to do so, has cast doubt on the justice system’s independence.

If that’s not enough, it has stoked regional resentments where they were already festering. In Alberta, people who feel neglected by Ottawa amid the resource industry’s woes now see a contrast with an over-the-top commitment to saving a single Quebec-based company, adding to the case against the central Canadian elite.

And if Mr. Trudeau wants to get a handle on how the scandal has helped fuel suspicion of anyone and everyone, he need only spend a few minutes on social media, where political debate has been even more toxic and conspiracy-minded – toward his government, its dissident former ministers, the media – than usual.

Not that Mr. Trudeau is the only politician who should be paying such attention. There are also his opponents, playing the typical opposition role of immediately amplifying an ethics controversy to national emergency, with casual calls for police investigations and demands from Conservative Leader Andrew Scheer for Mr. Trudeau to resign. When the Official Opposition pretends to be shocked by tactics (such as the shutdown of committee investigations) that it happily deployed when in government, it adds to the impression that Ottawa is filled with hypocrites playing games.

Nor is it just federal politicians who need to be mindful of how they’re undermining public trust in the system as a whole.

Take Jason Kenney, who still has a good chance of becoming Alberta’s premier in this month’s provincial election despite reeling from one controversy to another. Although he has much less belief than Mr. Trudeau in the power of big government, and stokes the aforementioned regional resentment, the United Conservative Party Leader considers himself a defender of political institutions, and sometimes goes out of his way to call for civility toward other politicians. Yet, before winning power, he has already managed to weaken faith in those institutions because of revelations that his leadership campaign colluded with a supposed rival during the contest to lead Alberta’s reunited right.

And then there is Ontario, where Premier Doug Ford – the closest Canada has come to a 21st-century populist in a position of real power – arguably stands as a cautionary tale about cumulatively inviting mistrust toward politicians of all stripes.

During a decade-and-a-half in power, Ontario Liberals built up lots of ethical baggage while winning election after election, and their opponents grew increasingly shrill in accusing them of outright corruption. That didn’t necessarily create demand, exactly, for an anti-elite populist of Mr. Ford’s ilk; his predecessor as leader of the Progressive Conservative Party, the far more mainstream Patrick Brown, was also leading in the polls before he was forced out by a scandal of his own. But voters were at least willing to overlook that, by traditional standards, Mr. Ford was unqualified for office – unfamiliar with how government works, with many questions around his own ethical standards. Because how much worse could he be?

(So far, Mr. Ford’s conduct as Premier has included trying to install a friend as head of the provincial police, scrapping municipal elections that were already under way and restoring cash-for-access fundraising that the Liberals did away with.)

Mainstream politicians can reasonably point beyond their own ranks to explain how the bar for entry to office is being lowered. The digital media landscape has unleashed forces beyond their control; the tone of traditional media coverage often impugns all their motives and defines them only by their worst moments.

They can also fret about the role malicious outside forces could play in uprooting our institutions. If Russia or another foreign actor interferes in this year’s federal election, it will likely be to create chaos and sow mistrust that can later be exploited, more than help a particular party win.

But that should only add to the impetus, for anyone invested in making our democratic institutions work, to hold themselves to a higher standard than immediate political imperatives may require.

At this point, they can no more afford to make excuses for growing public antipathy toward the political class than to downplay its electoral consequences.

Sure, a story such as SNC-Lavalin may largely just cause eye-rolling about what happens inside the bubble. But the further Canadians outside that bubble feel from it, the more they may eventually be inclined to indiscriminately support people who seem capable of piercing it. 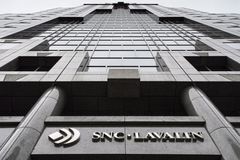 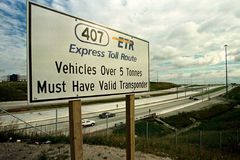 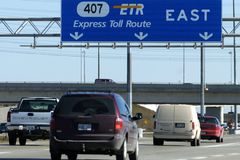