B.C.'s workplace safety agency has fined four companies in 2019 for safety violations related to transporting farm workers, including a vehicle not having enough seatbelts for the number of passengers it was carrying.

Penalty amounts ranged from $4,700 for Qualified Contractors – which in October was fined for “numerous” vehicle deficiencies, including worn brake pads and tires –to $26,000 for Khazan.

Khazan’s $26,000 fine, imposed in May, was also for vehicle deficiencies, including brake problems. The fine was originally set at $52,000, based on WorkSafe provisions that allow penalties to be doubled for repeat violations within a three-year period.

Khazan had been fined for different violations in December, 2018, but that fine was cancelled after a WorkSafe reviewer agreed with the company that it had taken reasonable care to prevent mechanical problems.

When Khazan sought a review of the May penalty amount, a WorkSafe review officer determined “there is no prior similar penalty in this case, and the penalty should not be doubled.”

But he agreed a fine was appropriate, given that the conditions that resulted in the May fine “resulted in a high risk of serious injury or death” and that the employer had received an order for violating transportation-safety regulations on six different occasions in the year leading up to the inspection that resulted in the fine.

Greenway was fined twice – in September and October – for violations that included having more passengers than seatbelts.

Columbia was fined in October for deficiencies that included excessive wear on a tire and emergency windows that didn’t work.

Farm-worker transport has been a focus for B.C. regulators and labour groups since a van crash in March, 2007, in the Lower Mainland killed three female farm workers.

A 2009 inquest found the van, which was licensed for 15 passengers (including the driver), was carrying 17 people and that only the driver and the front-seat passenger were wearing seatbelts.

The inquest made several recommendations, including that the province increase random checks of all commercial vehicles and specifically 15-passenger vans.

The province in 2007 changed regulations to make it mandatory that every person riding in a farm-worker transport vehicle have a seatbelt and also set up the Inter-Agency Agriculture Compliance Committee to focus on issues including safe transportation of workers.

The committee conducted 52 roadside inspections in 2007 that covered 522 vehicles, according to data on its website.

In the years since, there have been between 11 and 16 roadside inspections a year. In 2018, there were 12 inspections involving 133 vehicles.

The BC Federation of Labour would like to see more roadside vehicle inspections, spokesman Jonathan Sas said Monday in an e-mail, adding that worker safety remains a “critical issue.”

“We are concerned that inspections have fallen off,” he said.

In response, the Ministry of Transportation said the number of roadside inspections has stayed steady, at between 11 and 13 each year, over the past five years and that the number of checks dropped after 2007 because there are fewer large passenger vehicles, such as buses and vans, being used to transport farm workers.

“Since 2007, there has not been another serious incident involving the transportation of farm labourers, and many dangerous vehicles are now off the road,” the Transportation Ministry said in a statement.

But at least one of the companies fined this year used a 15-passenger vehicle. A WorkSafeBC inspection report for Greenway Labour, dated July 9, noted deficiencies including “17 workers on board when there were only 15 seats and seatbelts.”

In a statement Monday, B.C. Labour Minister Harry Bains said a budget increase for his ministry – $14-million over three years, beginning with $4-million in 2019-2020 and $5-million for each of the subsequent two years – would allow for more staff and help put “an increased focus on proactive audits and investigations." 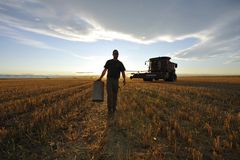 Alberta slashes number of farms that must provide insurance coverage for employees
November 20, 2019 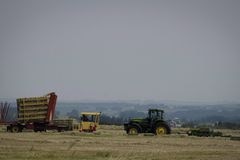 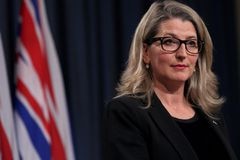