Ousted Toronto City Councillor Jim Karygiannis has been returned to office by a judge who accepted that the veteran politician had misclassified election expenses in a financial statement, making it appear that he had broken the spending limit.

Monday’s decision by Ontario Superior Court Justice William Chalmers came on the eve of city council’s next meeting, which begins Tuesday morning and had been expected to include the other councillors formally declaring Mr. Karygiannis’s seat vacant.

“I find that the error … was made inadvertently,” Justice Chalmers wrote in his 13-page ruling, noting that the councillor continues to face a separate compliance audit by the city over his spending.

“The [compliance audit] committee may decide not to charge Mr. Karygiannis with an election offence, or if charged he may not be convicted. In those circumstances it would be unfair that Mr. Karygiannis be subject to the extreme punishment of forfeiture of office, when there was an inadvertent error made.”

The ruling caps three weeks of turmoil for Mr. Karygiannis, who on Monday said in an e-mail he was “just happy to be back.”

The former federal politician was elected to a Scarborough council seat in 2014 and re-elected in 2018. Earlier this month, though, he was informed by the Toronto city clerk that he had been removed from office and was legally barred from running again until after the next election, in 2022.

City Clerk Ulli Watkiss said she had no discretion in how to act, pointing out that Mr. Karygiannis had filed a financial statement related to the 2018 campaign that indicated massive overspending under one part of the Municipal Elections Act. The terms of the act, she said, left her no option but removal from office.

Within hours the city had removed the nameplate from Mr. Karygiannis’s office at City Hall and was making arrangements to have his staff report to the clerk.

The overspending in question was listed in a supplementary financial statement in a category for expenses related to postelection parties and expressions of appreciation. Mr. Karygiannis had claimed this was because of an error and his lawyer argued in court last week that the spending had been misclassified by an accountant and was actually for fundraising, which has no limit.

The judge said the councillor had retained the services of the accountant to prepare the financial statement and, according to his affidavit, signed it without noticing the key mistake. Mr. Karygiannis was not cross-examined and did not attend last week’s court proceedings.

“I want to thank my family for their unwavering support and the support of my constituents,” Mr. Karygiannis said shortly after the ruling was released. “I look forward to returning to work … and to once again serving my constituents.”

There was no immediate response from Adam Chaleff, the citizen whose concerns about Mr. Karygiannis’s spending initially prompted a closer look by the city. In an e-mail, he said he had not read the entire decision and could not comment.

In a brief statement, City of Toronto spokesman Brad Ross said that Ms. Watkiss had been required, under the Municipal Elections Act, to remove Mr. Karygiannis from office.

“Based on today’s ruling, arrangements are being made to allow Mr. Karygiannis to attend city council’s regularly scheduled meeting,” he added. 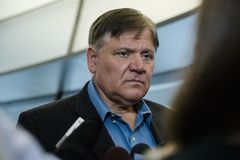 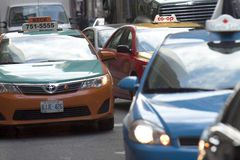