Automakers are showcasing electric SUVs and sedans with more driving range and luxury features at the Shanghai auto show, trying to appeal to Chinese buyers in their biggest market as Beijing slashes subsidies that have propelled demand.

Communist leaders wanting China to lead in electric vehicles have imposed sales targets. That requires brands to pour money into creating models to compete with gasoline-powered vehicles on price, looks and performance at a time when they are struggling with a Chinese sales slump.

General Motors, Volkswagen, China’s Geely and other brands on Tuesday displayed dozens of models, from luxury SUVs to compacts priced under $10,000, at Auto Shanghai 2019. The show, the global industry’s biggest marketing event of the year, opens to the public Saturday following a preview for reporters.

VW showed off a concept electric SUV, the whimsically named ID. ROOMZZ, designed to travel 450 kilometres (280 miles) on one charge. Features include seats that rotate 25 degrees to create a lounge-like atmosphere.

Communist leaders have promoted “new energy vehicles” for 15 years with subsidies to developers and buyers. That, along with support including orders to state-owned utilities to blanket China with charging stations, is helping to transform the technology into a mainstream product.

“People’s mindset and governmental policies are more encouraging toward e-cars than in any other country,” said VW CEO Herbert Diess.

Electric vehicles play a key role in the ruling Communist Party’s plans for government-led development of Chinese global competitors in technologies from robotics to biotech.

“Most of the traditional car makers are under huge pressure to launch NEVs,” said industry analyst John Zeng of LMC Automotive.

Last year’s Chinese sales of pure-electric and hybrid sedans and SUVs soared 60% over 2017 to 1.3 million, or half the global total. At the same time, industry revenue was squeezed by a 4.1% fall in total Chinese auto sales to 23.7 million vehicles.

That skid that worsened this year. First-quarter sales fell 13.7% from a year ago.

Under Beijing’s new rules, automakers must earn credits for sales of electrics equal to at least 10% of purchases this year and 12% in 2020. Longer-range vehicles can earn double credits. That means some brands can fill their quota if electrics make up as little as 5% of sales.

Also Tuesday, Nissan Motor Co. and its Chinese partner displayed the Sylphy Zero Emission, an all-electric model designed for China. Based on Nissan’s Leaf, the lower-priced Sylphy went on sale in August.

Mercedes Benz displayed its first all-electric model in China, the EQC 400 SUV. The Germany automaker says it can travel 400 kilometres (280 miles) on one charge and can go from zero to 100 kph (62 mph) in 5.2 seconds.

Mercedes plans to release 10 electrified models worldwide, with most built in China, according to Hubertus Troska, its board member for China.

Some Chinese rivals have been selling low-priced electrics for a decade or more.

Last week, Geely Auto unveiled a sedan under its new electric brand, Geometry, with an advertised range of up to 500 kilometres (320 miles) on one charge.

Beijing wants to force automakers to speed up innovation and squeeze out producers that rely too heavily on subsidies. But the technology minister acknowledged in January that China faces a difficult transition as that spending is ending.

Keeping development on track “will be a challenge,” said Miao Wei, according to a transcript on his ministry’s website.

The shift creates an opportunity for fledgling Chinese automakers that lag global rivals in gasoline technology. They have just 10% of the global market for gasoline-powered vehicles but account for 50% of electric sales.

The end of subsidies should lead to dramatic changes, said Zeng of LMC Automotive. He said longer-range, feature-rich models from global majors will replace small producers that cannot survive without subsidies.

Electric vehicles “will be much more competitive,” said Zeng.

As the cost of batteries and other components falls, industry analysts say electrics in China could match gasoline vehicles in price and become profitable for manufacturers in less than five years.

EVs carry a higher sticker price in China than gasoline models. But industry analysts say owners who drive at least 16,000 kilometres (10,000 miles) a year save money in the long run, because maintenance and charging cost less. 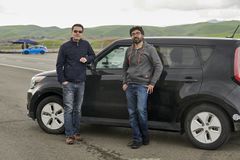 Will investors get a jolt from electric vehicles this year?
April 11, 2019 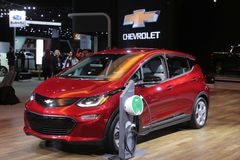 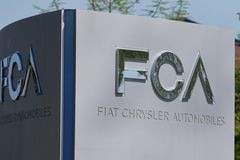