On the perilously narrow, curving roads along Ireland’s Ring of Kerry, there’s not a lot of room to pass.

So when our 2020 Audi Q7 gets stuck temporarily behind a BMW X5, it seems conveniently symbolic.

Since car years are like dog years, the current Q7 – which came out for the 2017 model year – was in danger of lagging behind its main rivals in Canada – the new-for-2019 BMW X5 and the new-for-2020 Mercedes-Benz GLE.

For 2020, the relatively staid Q7 has gotten a facelift, with plenty of tweaks under the skin geared toward keeping it on track with both the competition and Audi’s newer SUVs. It looks more athletic, and that’s on purpose.

“This is always the rule,” says Andreas Kruger, the Q7’s exterior designer. “You would never come up with a new design that is less sporty than the one before – it would never sell.”

The Q7 is surprisingly striking given that only the front (with the octagon-shaped grille shared by Audi’s other SUVs) and rear are new. The old Q7 wasn’t bad looking, but it had generic Audi looks. It looked a little like a minivan. Now it’s got an edge.

Inside, the one real change is the dashboard. The dated pop-up LED screen has been replaced with a sleek, all-digital dash lifted from Audi’s Q8. There’s still a volume knob, thankfully, but nearly everything else is controlled by the two touch screens. It’s one of the best-looking dashes out there – but when I tried to touch the screen without looking, nothing would happen if I was even a millimetre off from the right spot.

Audi says it has haptic feedback – you get pulses on your fingertips – and sounds to help you figure out where to touch, but for things I use every day, I still prefer physical controls, such as the X5’s climate controls or the knobs that Land Rover integrates into some of its touch screens. Maybe I just need a little practise.

The Q7 we drove had a new turbocharged V-6 with mild-hybrid technology, using a 48-volt-battery, designed to make it a little less polluting. To drastically oversimplify, if you take your foot off the gas when driving at speeds between 55 and 160 km/h, it stops the engine completely and lets you coast for up to 40 seconds at a time so you’re not using gas or emitting CO2. When you hit the gas pedal again, it restarts.

Audi says it can potentially save you up to 0.7 litres/100 km at the pumps, depending on how you drive.

On the road, the feature was completely unnoticeable – and that’s a compliment. While Audi hasn’t released the horsepower, torque or mileage numbers yet for the V-6 (or the four-cylinder that’s the base model here in Canada) – it had plenty of power and handled rough roads effortlessly.

Staying ahead of the X5?

Audi says we’ll see the updated Q7 for sale here in early 2020. It won’t be releasing prices until it’s closer to launch.

On the roads in Kerry, we were finally able to get ahead of the X5. So, does Audi think the new Q7 will do the same?

“The X5 is brand new but I don’t think we need to hide,” says Wolfgang Carl, the Q7’s product manager. “We’re up to date now again – we have the latest technology and the customer has to decide which one is better.”

The changes are simple yet striking. Unlike some refreshes, this one doesn’t look forced. Even though the sides are untouched apart from new rocker panel trim, the refresh could fool some into thinking it’s new from the ground up. It’s still recognizably an Audi, but now it has a little attitude.

Inside, the only major change is the new wraparound dash. Even though it’s borrowed from the Q8, it doesn’t look out of place. But to do simple things, such as adjusting the drive mode, you need to look at the screen and away from the road. That’s probably much less of an issue if you drive the Q7 every day and know where the controls are. But while dodging sheep on winding Irish roads, just changing the temperature was distracting.

Audi’s driver assist technology isn’t new, but it’s worth noting how seamless it is compared with some rivals. Unlike BMW’s lane-keeping assist, which can aggressively yank you back into the middle of the lane, Audi’s help is there, but it’s not jarring. Otherwise, the Q7 is packed with all the tech you could ask for, including Amazon’s Alexa.

The Q7 was bigger than most cars on the road here, but it didn’t feel big. It was surprisingly agile on the Ring of Kerry’s sharp turns. We had the adaptive air suspension. The ride was comfortable but not too cushy. We also had the optional four-wheel steering – which has been optimized to tighten the turning circle. It definitely helped.

Our Q7 didn’t have the third row, but in Canada, all Q7s come with it. With that row up, cargo room is snug. With all the seats down, it fits about 2050 litres – similar to its rivals.

The 2020 Audi Q7 isn’t brand new, but it doesn’t need to be. With fresh new looks, it’s still in a tight race with the X5 as the best SUV in its class.

The writer was a guest of the auto maker. Content was not subject to approval. 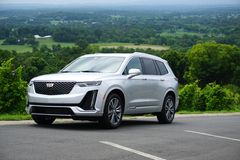 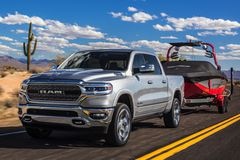 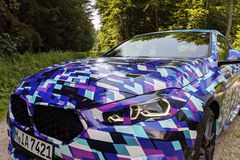