Overall Rating
7
Overall
Appreciate the fuel economy, but would like a better transmission and a bit more performance. You’ll like this car if: good fuel economy, a reasonable price tag and low emissions are ‘must-haves’.
Looks Rating
6
Looks
Pretty unexceptional, but not hard to look at.
Interior Rating
7
Interior
Typical Honda driveability; sensible switchgear, if a little distracting.
Ride Rating
7
Ride
A little on the vague side, but in line with this market.
Safety Rating
8
Safety
Full roster of airbags plus brake assist and vehicle stability systems.
Green Rating
9
Green
One of the most fuel-efficient cars sold in Canada.

If you go to Natural Resources Canada's website – vehicles.nrcan.gc.ca – you will note that as far as this government agency is concerned, the most fuel-efficient compact car sold in Canada for 2012 is the Chevrolet Volt, with a city fuel economy rating of 2.5 litres/100 km while on pure electric power and 6.7 with the internal combustion engine coming into play. Average this out and you get a fuel economy rating of 4.6 litres/100 km in town.

Impressive, but the Honda Insight is only a smidgeon thirstier, delivering 4.7 litres/100 km in town. Furthermore, the Toyota Prius is even stingier, delivering a purported 3.5 litres/100 km. And both the Insight and Prius C cost less than the Volt, by a considerable amount. Indeed, the Volt is almost twice as expensive as the Prius C, and almost $20,000 pricier than an Insight LX. You'd have to own a Volt for a long time and drive it for a vast distance to make up the price disparity.

Having driven all three of these vehicles, I can testify that none will set the roads on fire when it comes to driving thrills, but the Volt is probably the liveliest of the three – not that that should matter in this corner of the market. And while all three accomplish the same things – optimum fuel economy and low emissions – each one represents a different corporate philosophy regarding hybrid technology.

Arguably not as "pure" a hybrid as the other two, the Honda Insight is powered by a 98-horsepower, 1.3-litre four-cylinder with Honda's Integrated Motor Assist feature. In a nutshell, this is a thin electric motor located between the engine and transmission, which, in this case, is a CVT. When additional power is needed – overtaking on the highway or climbing a hill, for example – it cuts in and augments the gas engine. The electric motor is partially recharged via the vehicle's regenerative braking system, but the Insight does not run on pure battery power alone. All the heavy lifting, or in this case, clean running, is done by the engine. Like all hybrids, the Insight shuts the engine off when the car is stopped and restarts it when you take your foot off the brake.

You can monitor your driving via a dash-mounted "Eco Drive" graph, which features a small tree image with leaves on the branches. The more "responsibly" you drive, the more leaves appear on the image. You can also "learn" to drive the Insight more efficiently and, by paying attention to an ambient meter, observe exactly how efficiently you are driving the car. There are also several modes that affect drivetrain performance and, if you're really concerned about gas economy, you can choose the Econ setting, which gives the car smoother acceleration, extended idle time and reduces the drain of various accessories.

During my time with the Insight, I basically ignored all of the above. Not because I'm an eco-scofflaw, but because if you want to keep up with traffic and not get in everyone's way, you have to drive the Insight like you would a normal automobile. Otherwise, it's simply too unresponsive, and even mundane things like pulling onto the freeway can be an exercise in frustration. I don't need a hot rod for day-to-day driving, but I like my cars to keep up. Driving the Insight is like being behind the wheel of a Civic – only slower.

Not helping things is the CVT, which, well, sucks. It's loud, non-linear, vague and snatchy. I have yet to encounter one of these things that doesn't drive me up a wall, and Honda should install a traditional planetary gear transmission here. Make the CVT an option for those who insist on driving this car like it's a snowmobile.

That said, for many buyers, the Insight is suitable for running errands, cruising to the shopping mall and living in the city. It's spectacularly cheap to run, features that Honda driveability that so many other car makers can't seem to master, and goes about its business efficiently and comfortably.

For the vast majority of buyers in this market, the CVT and finer points of the Eco Assist system will fade away after a while and become less of a novelty. Yes, the techno-geeks and hard-core tree-huggers will obsess over the various fuel economy features, but for the rest of us, if you put the Insight in any mode and just drive it, you'll still get exceptional fuel economy.

At this point, there is but one model of the Insight: the LX. It comes with all the usual modcons, such as air conditioning, tilt/telescoping steering, power door locks and so on. Yes, this is a hybrid, but it's also an economy car, so don't expect any luxurious extras. Interestingly, this is also one of the quieter Hondas in the company's lineup, and road noise is less than that of, oh, the Civic, for example. 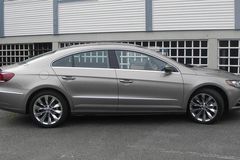 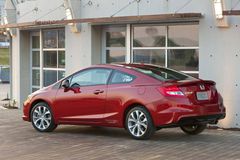 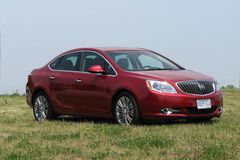 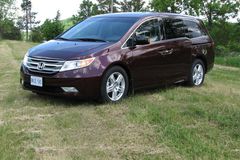 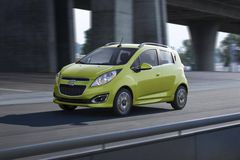 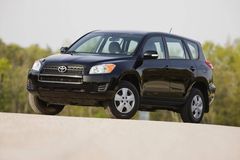 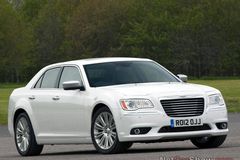