For Kay Brundage, 88, the hardest thing about downsizing from a two-bedroom condo to a compact seniors' residence in Toronto's Don Mills neighbourhood was finding new homes for her oversized possessions.

"For a month, I never went anywhere without starting every conversation with 'Does anybody want a 90-year-old piano?' " she says.

Mrs. Brundage and her husband, Donald, 86, hired a professional downsizer to shift their stuff, and it helped that the couple had been through the process once before, 14 years ago. Still, Mrs. Brundage admits that a number of boxes had spent that entire time unopened in her condo locker.

We're all a bit guilty of warehousing stuff, whether it's a stack of vintage LPs or grandma's collection of pickle dishes. Sooner or later, we have to deal with the accumulation of things – our own, or on behalf of an elderly or deceased parent. And whether you call it downsizing, simplifying or lightening-up, it can be a monumental task, says Karen Shinn, co-owner of Downsizing Diva, the company that helped the Brundages.

Downsizing is a time-consuming and physically, mentally and emotionally draining process, says Ms. Shinn. Along with Gail Shields, she has grown Downsizing Diva to 11 franchises in the Greater Toronto Area since founding the company only three years ago.

"Many of our clients have lived through the Depression, and to them everything has a value. It can be hard to let go of stuff because they think it might come in handy one day, even if some of it appears ridiculous," Ms. Shinn says, remembering one client who had carefully preserved 21 turkey wishbones. "Often, the downsizing is being done amid a grieving period after a parent has died, and that adds its own complexity to the situation."

That means more people are donating things to charity or are looking to resell some of it, and that's had a significant impact on the collectibles market. Anyone who's spent decades accumulating china, silverware, figurines or decorative plates in the hope of one day fetching top dollar at auction may be surprised to learn that the interest just isn't what it used to be.

"Over the last three to five years, there's been a drastic softening in the market for collectibles – the stuff you put in curio cabinets, like Moorcroft pottery and Royal Doulton figurines," says Grant Gardner, president of Gardner Galleries, an estate and fine art auction firm in London, Ont. "Overall, there's been about a 50 per cent drop, and in some cases even more. For example, a figurine that would once get $200 at auction would now only get $50 or $60."

The lack of interest isn't a recessionary issue – it's generational, explains Stephen Ranger, vice-president, business development for Toronto auction house Waddington's. "We've seen a sea change in esthetics to modern and contemporary and away from the traditional."

Moving house and dispersing one's treasures is never easy. That's why it is very important to have this discussion with aging parents while they're well and mentally healthy, Ms. Ibbott advises. "One of the hardest things is helping people who need to take action quickly because their parents have died or are suffering from Alzheimer's or dementia."

There is an upside to downsizing, says Mrs. Brundage, who spent many satisfying hours shredding old documents and eventually gave her century-old piano to one of the men hired to help move her things in June: "I had a great sense of relief, rather than sorrow, to see my things go to people who were going to use and enjoy them." 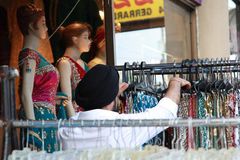 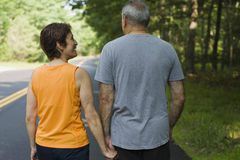 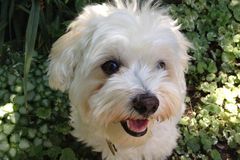 What to ask before you choose a guardian for your children
April 30, 2018 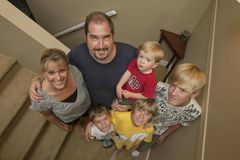