Small companies will go to great lengths to attract and keep good employees. Some will entice the best and brightest with a daily spread of fresh fruit or the ever-popular foosball table in the break room. Some even offer unlimited vacation as an incentive to stay.

But others reward employees with a piece of the company through employee stock-option plans. Messagepoint Inc., a Toronto-based business software provider, turns its employees into owners by offering share options to all 100 staff members.

"We wanted this notion of employee-owners – staff who legitimately felt that they would have a say and would treat this place like a piece of it belongs to them," says Messagepoint chief executive officer Steve Biancaniello.

The company introduced the share option plan as it launched its software in the depths of the 2008 global market meltdown. The financial crisis nearly froze business spending around the world and Messagepoint was forced to impose a 5- to 10-per-cent wage rollback.

To keep employees from fleeing to other companies in the highly competitive Southern Ontario technology industry, Messagepoint decided to compensate its workers with shares in the firm. "That was the thing that held a lot of our employees from running for the doors," says Mr. Biancaniello.

Under the plan, shares options are vested monthly. The number of shares each employee receives is based on seniority. The options vest over four years and expire after 10 years. Messagepoint is a private company and its shares do not trade publicly.

The value of the shares is determined several times a year by a third-party accountant. Mr. Biancaniello says that some employees have seen their shares quadruple and even quintuple in value.

The share option plan is especially useful in attracting millennials with fresh ideas, he says. "For us it was about wanting to attract a certain type of talent using this additional form of compensation."

In addition to motivating employees, Mr. Biancaniello says the plan provides financial flexibility for the company. "When you give out options and you complement that with salary and other perks, the option part does allow us to preserve some cash and reinvest that back in the business," he says.

TeraGo Inc. offers its 200 employees a different sort of ownership. Shares in the Thornhill, Ont.-based wireless broadband provider trade publicly on the Toronto Stock Exchange. Employees have the option of making regular share purchases through payroll deductions. Every four shares they purchase are matched with one share from the company. The offer is limited to 5 per cent of the employee's salary.

Ownership has advantages, but it also has risks. The value of TeraGo shares is subject to the whims of the open market. Over the past decade they have swung between $4 and $12. At one point in the summer, they were valued at less than half of their 2012 high.

Ms. McManus says that's why participation in the plan is optional and employees are made aware of the risk.

"We don't want to push people to invest their money. We say, 'Here are the facts, here's the program, do your own research. If you're interested in participating, you can,'" she says.

Cynthia Kett from Toronto-based Stewart & Kett Financial Advisors Inc. says much of that market risk is offset by the company's contribution. A four-to-one share plan, for example, can be considered a 25-per-cent guaranteed gain before the shares even trade.

"If a company is doing any kind of matching, they're giving away free money. You've got to take advantage of it. It's a no-brainer," she says.

She also points out that market volatility is smoothed out because share plans make purchases on a regular basis. When the stock is low, the employee purchases more shares for the same amount of money, bringing down the average cost over time. "Dollar-cost averaging is an easy way to even out the bumps," she says.

One less quantifiable benefit of company share plans is forced savings. "For most people, regular savings of any kind is better than none. They just take it right off your paycheque and it provides some discipline," she says.

As in most cases, too much of a good thing can be bad. In the wake of the 2000 tech meltdown, a popular story made the rounds about a married couple, both employed at the now bankrupt Nortel Networks, and both heavily invested in company shares. When the firm went under, they lost their household income and their retirement savings.

True or not, Ms. Kett says it's a good lesson for long-time employees banking solely on their company shares for retirement. She advises plan members to sell shares as they accumulate and diversify into other areas of the economy – just in case.

"It depends on how much you have in the plan and how close to retirement you are. If it makes up 80 per cent of your portfolio, you probably should [diversify]," she says. 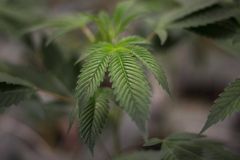 What I learned while working with the wealthy
October 4, 2017 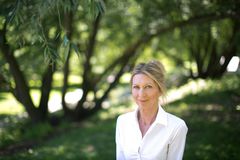 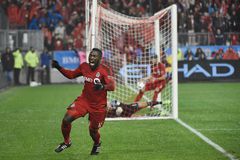