Canada’s top public companies significantly lag their U.S. and global peers when it comes to gender equality in the workplace, according to new research, and risk losing investor confidence if improvements aren’t made.

The research from Equileap, a non-profit based in Amsterdam that tracks corporate gender equality, says companies on the S&P/TSX 60 scored an average of 23 per cent in their rankings, which are based on 19 different criteria. That compares with an average score of 45 per cent for companies listed on the S&P 100 in the United States.

The average percentage score among the top 200 global companies Equileap identified as leading the way for gender equality was 53 per cent. (Equileap chose the top 200 from more than 3,000 companies, based on their 19 criteria).

“Canada has a long way to go to catch up with global corporate standards,” says Diana van Maasdijk, chief executive at Equileap.

It’s the first time Equileap has looked specifically at Canada’s biggest companies, by focusing on the S&P/TSX 60, an index comprising 60 of the largest companies listed on the Toronto Stock Exchange.

The research, conducted between October and February and released on International Women’s Day, looks at metrics ranging from the number of women on boards and in executive positions to equal pay and parental leave policies.

Canadian companies’ relatively poor showing can be explained in part because only 13 per cent of executives among the S&P/TSX 60 companies reviewed were women, versus 23 per cent of companies on the S&P 100 and 26-per-cent worldwide. According to Equileap, a lack of transparency around providing gender-equality metrics and targets for improvement also acted as a drag on Canada’s rankings.

Ms. van Maasdijk says Equileap is working to raise awareness about gender equality gaps and hopes its rankings will “promote a healthy competitive environment to encourage some of the largest Canadian employers to aim for better gender equality performance.”

Investors are starting to pay closer attention to gender issues in corporations amid a growing body of research showing gender equality helps to fuel economic growth and improve financial performance.

A McKinsey Global Institute report says full gender equality in the work force could add as much as US$28-trillion, or 26 per cent, to global annual GDP by 2025. McKinsey research also shows companies with gender-diverse executive teams were 21-per-cent more likely to experience above-average profits compared with less diverse teams. According to research by Canadian Imperial Bank of Commerce, since 2009 S&P/TSX Composite Index companies with a higher proportion of women directors on their board have outperformed those with fewer female directors. Shares of the top third had a compound annual growth rate (CAGR) of 9.1 per cent and the bottom third, a CAGR of 4.4 per cent.

“We think consumers and investors in Canada care about gender equality and this is the time to send a clear message to the corporate sector that this is important and that … they need to start improving,” says Ms. van Maasdijk.

The Equileap report also highlighted S&P/TSX 60 companies leading in gender equality, based on their research, including Toronto-Dominion Bank, CIBC and Enbridge Inc. in the top three with rankings at or above 50 per cent. The top 10 list included the other three Big Five banks as well as insurers Sun Life Financial Inc. and Manulife Financial Corp. BCE Inc. and Thomson Reuters Corp. also made the top 10.

According to the Equileap research, eight companies in the S&P/TSX 60 have a gender-balanced board, which it identifies as having between 40 per cent and 60 per cent female board members. At the executive level, only one company had a gender balance – Encana Corp. And while Ottawa created the Department for Women and Gender Equality last year as part of its Pay Equity Act, a law that gives companies with more than 10 employees three years to create a pay equality plan, Equileap found that only one company among those researched, TD Bank, has published a strategy to close their gender pay gap.

Equileap launched a financial index in 2017 for investment products to track corporate gender equality. The Evolve North American Gender Diversity Index ETF, which is available in hedged (ticker HERS) and unhedged (HERS.B) versions, is one that tracks this index. HERS.B has seen a total return of 8.4 per cent per cent since it was launched in September, 2017, ahead of its benchmark, which has returned 7.6 per cent. (The customized benchmark includes 85 per cent of the S&P 500 and 15 per cent of the S&P/TSX Composite).

While the ETF has performed well, Raj Lala – Evolve ETFs’ president and CEO – says the pickup in gender diversity products in Canada remains slow. The ETF’s value is currently about $4-million, up from about $1-million at launch.

“Everyone agrees it’s the right thing to encourage and support, but I don’t think many people are talking with their wallets,” Mr. Lala says. “Unfortunately, I think there’s more talk than action as it relates to investing.”

Women will have $4-trillion to invest in the next decade. Is the industry ready?
March 7, 2019 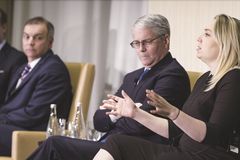 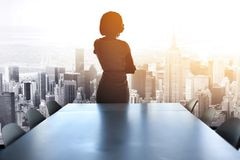 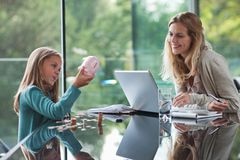