Copper could soon be having its golden moment thanks to the world’s increased focus on going green.

The bronze-coloured base metal – considered a critical component in everything from electric vehicles to wind- and solar-power technology – is expected to experience renewed demand in the fast-growing, low-carbon economy.

Yet while investors may be looking to exchange-traded funds as a low-cost way to gain exposure, their options “are pretty scarce,” says Spencer Barnes, associate vice-president of mutual fund and ETF strategy at Raymond James Ltd. in Toronto. “There used to be a number of ETFs, even in Canada, that cover the copper space.”

The price of copper touched US$4 a pound in mid-2008, before falling below US$1.30 a pound in the midst of the 2008-2009 global financial crisis. The price then peaked in 2011 at just above US$4.50 a pound, propelled by China’s double-digit economic expansion at the time. During that run, several ETFs launched to meet demand.

Yet as its value fell once again, bottoming out at less than US$2 a pound in early 2016, many ETFs closed as investor interest died off, Mr. Barnes says. The commodity’s price has rebounded since, currently trading around US$2.85 a pound, but remains volatile due to various geopolitical risks.

Mr. Thiessen points to the 2019 Energy Transition Outlook by DNV GL, forecasting global renewable-energy capacity will grow by between 400 and 600 per cent by 2050.

The challenge for investors is gaining exposure to copper, which generally involves trading in futures contracts. Alternatively, Mr. Thiessen suggests looking at copper-mining stocks – though selecting individual companies comes with its own risks and challenges.

ETFs are typically an easier option for investors seeking exposure to commodities. But that doesn’t entirely apply to copper, says Elisabeth Kashner, director of ETF research with FactSet Insight in the U.S.

“There’s no ETF that offers direct exposure to copper,” unlike gold, which has a number of options that hold the physical commodity, Ms. Kashner says.

Like the other two choices, COPX trades on the New York Stock Exchange. Yet unlike the others, which track the futures market, the ETF is a play on global copper producers. Providing access to a diversified basket of about 30 miners, its management expense ratio (MER) is relatively high at 65 basis points per year.

By contrast, many gold ETFs have MERs of less than 30 basis points, Ms. Kashner says. Additionally, its spread of 0.36 per cent is also higher than the average for even commodity-based ETFs, which typically have a bid/ask spread of 0.07 per cent, she adds.

With about $84-million in assets under management (AUM), COPX is small compared with its gold counterparts. Yet it’s the largest of the three options for copper exposure, which points to a lack of investor demand. Its performance in 2019 was about 12 per cent, along with a yield of 1.63 per cent. Since its inception in 2010, however, COPX is down more than 41 per cent.

The next-largest choice by AUM, JJC is a play on copper futures contracts. The investment provides exposure to the Bloomberg Copper Subindex Total Return. It also differs in structure as an exchange-traded note (ETN).

A debt-structured product, JJC “has a component of credit risk to it,” explains Mr. Barnes at Raymond James. “The major trade-off is it has perfect tracking to the commodity, like total-return-swap ETFs.”

The difference is an ETN is packaged as a loan to the bank and can involve counterparty risk. Additionally, its MER is 0.45 per cent with a bid/ask spread of 0.4 per cent. Its return in 2019 was 5.66 per cent, the longest performance history available for the fund, which was launched in 2018.

Tracking the performance of the SummerHaven Copper Index Total Return, CPER is designed to emulate the performance of a portfolio of futures contracts. Its MER and bid/ask spread are also high, 0.8 and 0.25 per cent respectively. Its return in 2019 was almost 7 per cent, but since inception in 2011, CPER is down about 30 per cent.

Like JJC, CPER is likely a better fit for investors knowledgeable of futures trading. As such, individuals unfamiliar with commonly used terms for futures such as “contango” and “backwardation” may want to gain copper exposure by other means, Mr. Barnes says.

He argues that both JJC and CPER are not buy-and-hold vehicles, as their underlying futures contracts are intrinsically short-term instruments. Ms. Kashner of FactSet also notes that CPER and JJC are small funds, about $7-million and $14-million AUM respectively. As such, FactSet rates their closure risk as high, while COPX’s risk is low.

Given the lack of options, investors can look to even more indirect plays on copper if they believe in the growth of clean-tech, Mr. Barnes says.

Commodities can “whipsaw you around pretty well” with their inherent volatility, he says. Consequently, investing in a renewable-energy or related ETF “is probably much safer play if you have a broad, long view.” 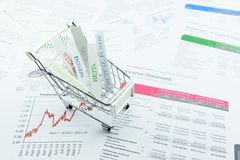 Winter isn’t a time for investors to hibernate. Experts pick their top ETFs to kick off 2020
January 15, 2020