When you’re competing against some of the best tech investors in the world, getting in early is crucial, said Jonathan Mzengeza.

Take Shopify Inc. Over the three years or so Mr. Mzengeza has held the stock in the CIBC Global Technology fund, the company has gone from a peripheral e-commerce startup to one of the country’s largest public companies, with the share price rising nearly tenfold.

In the global equity category, the CIBC fund’s average annual return of 19.8 per cent over the past three years outperformed all peers. Mr. Mzengeza spoke to The Globe and Mail about how he goes about beating the market.

What is your approach with this fund?

We try to invest early in the lifecycle of secular themes. Right now we’re looking at 5G, AI, machine learning, cloud, payments and e-commerce. And we try to find those names which are not as well followed.

Do you avoid the FAANG stocks?

We're staying away from Facebook and Alphabet, not just because of valuation, but because of regulatory risk around the business model.

Are you worried about another tech stock bubble?

The fundamental strength of these businesses is better than the last time around. They generate free cash flow, they generate profit, they’re continuously growing. Valuations may be stretched, so we have allocated more towards health care, where there is more of a value tilt. And we’ve raised some cash that we can deploy if there is a sell-off.

Right now, $183-billion of commerce goes through the Shopify platform. And their revenue is only $1.6-billion. Can they take a bigger share of that revenue base? I believe that they can. We’re still at the very early stages of e-commerce penetration. As a good analogy, if you put $1,000 in Amazon when it IPO’d 25 years ago, that would be worth more than $1-million.

Amazon went public early on in its evolution. With startups staying private for longer, is it more challenging to tap into the earlier stages of a company’s growth?

That has made it challenging. Some of the companies we would have wanted to invest in at an earlier stage, like Uber or Lyft, we haven’t been able to do that. But we’re still seeing plenty of early-stage companies. We’ve participated in a few IPOs this year, including Zoom Video Communications and PagerDuty. Both of those performed pretty well out of the gate. And we sold out when valuations became a bit stretched.

Any other Canadian names in the fund besides Shopify?

You have better opportunities outside Canada. If you're looking for a leading company within a sector, I struggle to find any other companies within Canada beyond Shopify.

The fund seems to have a heavy weighting in payment technology.

Fiserv and Global Payments are unique opportunities because of the fact that the payment industry is going through consolidation. Fiserv bought First Data and Global Payments bought TSYS and we think there’s an opportunity for outsized synergies from both those acquisitions. As for Mastercard, we own it because of the fact they’re moving from from cash and cheques to digital payments. And Mastercard has done a good job of outgrowing Visa.

How are you navigating the AI space?

We're in the phase when people are building up the infrastructure that's going to enable AI. If you think about this as a gold rush, we want to be with the people who are supplying the picks and axes and not the people who are actually getting the gold out of the ground. Our main investment in AI is Nvidia, which makes their GPUs available for AI and machine learning, and they're a leader in that segment.

Any other big tech themes you like right now?

We have a position in IAC, which owns about 80 per cent of Match. It’s going to spin out that investment. And we think Match as an asset is undervalued. It owns the likes of Tinder, Hinge and a lot of other online dating websites. Another one is gaming. We hold Activision Blizzard, which owns the Overwatch League. Our other big investment in the space is Tencent, which is one of the biggest video game developers in the world. They own League of Legends and they own part of Epic Games, which owns Fortnite. The younger generation is more interested in spending their downtime playing video games, but also interacting with their friends through that medium.

Click here for the top fund and ETF groups for 2019. 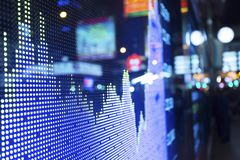 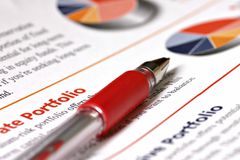 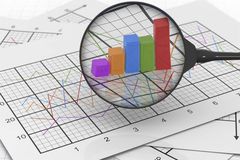 Follow Tim Shufelt on Twitter @tshufelt
Report an error Editorial code of conduct
Due to technical reasons, we have temporarily removed commenting from our articles. We hope to have this fixed soon. Thank you for your patience. If you are looking to give feedback on our new site, please send it along to feedback@globeandmail.com. If you want to write a letter to the editor, please forward to letters@globeandmail.com.
Comments