A spectre descended on the market just as the ghost of the Christmas correction was starting to fade. It came in the form of a yield curve inversion and brought with it visions of recessions and ruination.

But before you flee in terror, pause to take a look at the historical record and you’ll get a better sense of the potential danger that inversions pose.

Yield curves invert when short-term bonds yield more than long-term bonds. Such was the case for U.S. (and Canadian) government bonds in late March. More precisely, the spread between 10-year U.S. Treasuries and three-month U.S. Treasuries was negative from March 22 to March 28. Its worst day was on March 27, when the 10-year yield was 2.39 per cent and the three-month yield was 2.44 per cent.

There have been seven recessions in the United States since 1969 according the National Bureau of Economic Research. Inversions preceded those recessions by between five and 16 months based on grouped monthly data from Federal Reserve Bank of St. Louis.

While inversions sound like potent predictors of recessions, it’s useful to test how they fare as stock market predictors. To do so, I married the yield curve data with the returns of two benchmark portfolios based on data complied by professor Kenneth French of Dartmouth College.

The first portfolio is a good proxy for the U.S. stock market. It tracks the largest 30 per cent of stocks based on market capitalization in a portfolio that is itself weighted by size. The portfolio is currently quite similar to the S&P 500, but its static definition makes it useful for long-term studies.

The second portfolio is closer to my heart because it tracks the value segment of the market. It is formed by starting with stocks with above-median market capitalizations (the largest half) and then picks the 30 per cent of stocks with the lowest price-to-earnings ratios each year. (The value portfolio is equally weighted.) The idea is to buy stocks with lots of earnings for relatively low prices.

The accompanying graph shows the growth of the two portfolios (per dollar invested) between the onset of inversions. The portfolios are allowed to grow over time but their value is reset to $1 when a new inversion first occurs. The reset dates are highlighted by the vertical lines that effectively split the figure into different return windows. (The graph’s data run to the end of 2018.)

You’ll notice there are nine inversions in the period (Sept. 1, 1966, to Dec. 31, 2018), while there were only seven recessions. The odd ones out are the inversions of 1966 and 1998, which weren’t promptly followed by recessions. The market portfolio fared well after the two misfires and the bull markets of both periods continued with gusto.

If the crash of 2008 is still seared into your memory, you might be kicking yourself for ignoring the warning provided by the 2006 inversion. Similarly, heeding the inversions of 1969 and 1973 would have saved investors grief in the months that followed.

The internet bubble in 2000 offers a more complicated picture. The inversion provided a very timely warning of the market’s decline. But value stocks, which trailed the market badly in the late 1990s, gained ground after the 2000 inversion.

The 1979 inversion heralded a brief period of gains. The inversions of 1980 and 1989 were followed by some market turmoil early on. But investors would have been well advised to ignore the short-term fluctuations and stick with stocks due to the giant bull markets that followed.

Yield curve inversions provide a fair but imperfect guide to recessions. They offer less certainty when it comes to timing market exits. They also yield little in the way of guidance on when to buy stocks after downturns because central banks usually move to lower short-term interest rates to stimulate the economy, which puts an early end to the inversions.

The recent, and apparently short-lived, inversion might portend a recession and market crash. After all, the bull market is getting a little long in the tooth. But I can’t help but observe that tenacious investors who stayed with stocks through both happy and fearful periods were rewarded handsomely over the long term.

Norman Rothery, PhD, CFA, is the founder of StingyInvestor.com. 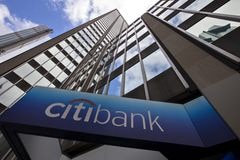 The days of safe income are over. Here’s a portfolio strategy to deal with it Subscriber content
April 4, 2019 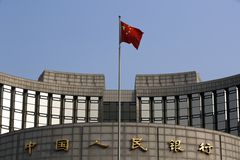 Follow us on Twitter @marketsglobe Opens in a new window
Report an error Editorial code of conduct
Due to technical reasons, we have temporarily removed commenting from our articles. We hope to have this fixed soon. Thank you for your patience. If you are looking to give feedback on our new site, please send it along to feedback@globeandmail.com. If you want to write a letter to the editor, please forward to letters@globeandmail.com.
Comments