What he does: Registered nurse

Where he lives: Vancouver

Top financial concern: “The student loan is a huge thing for me. My goal is to pay it down faster. I’d like to own a car. I don’t have any plans to buy property.”

With student debt accrued from studying psychology at British Columbia’s Kwantlen Polytechnic University (first degree), Oliver left school 10 years ago with a single financial priority: to pay off all his debt. But with no psychology-related jobs on offer, and after working in restaurants and coffee shops, he realized he was struggling to earn enough to repay his debt.

“I needed to do something that was a career and was more secure,” says Oliver, who lives in Vancouver, a city that has seen housing prices soar to unaffordable highs. So five years ago, he went back to school and became a registered nurse.

The decision was difficult. After earning the two degrees, Oliver’s total student loan had shot up to $53,000. “I left school with a very heavy debt load,” he says, given that he entered academia with zero savings for his education. These days he’s chipping away at that debt, paying $560 a month on a government loan and $150 a month on a student line of credit. “I’m going to be paying it off in 10 years,” he says.

He admits that his parents did not talk to him about money, something that has affected his own financial situation. “My parents didn’t really impart many financial lessons,” he says, and that he too put debt on the back burner until recently. “I never really thought about how much I was borrowing when I was borrowing,” he says. “That wasn’t something to think about.”

But Oliver certainly focuses on his finances now. He’s currently upgrading his nursing qualifications to boost his expertise and earnings.

He’s well aware that putting down roots in a city like Vancouver is expensive for regular folk. “It’s brutal” he says of the high cost of living and sky-high real estate prices. “Living in Vancouver with affordability being what it is, it’s kind of unattainable. I don’t plan to buy property. I’d like to own a car.”

Luckily, Oliver has found a one-bedroom apartment for $1,200 a month. He bikes around the city, saving on car and parking costs.

He’s unapologetic about his active social life, which includes nights out with friends listening to music, going out for dinner or to a bar. And he still manages to put $400 a month in a tax-free savings account, which he uses as a vehicle to save for big purchases such as a recent tattoo. He wants to stay in Vancouver at all costs, and says his current lifestyle is possible on what he makes in nursing.

He also invests in a registered retirement savings plan and has a defined-benefit pension plan at work. “I want to be more financially independent,” he says. “I track my spending, and download the spreadsheets from my bank. I pay off my credit cards every month.”

“I have a pretty good life.”

$150 on student line of credit

$30 on Internet. “I split my Internet with the girl who lives above me.”

$5 on Netflix. “I split Netflix with my brother and his friends.”

$425 on groceries. “I shop at Bi-Low Foods, a local grocery store and Costco. At 6 foot 3 – and I’m pretty active – I eat a lot of food. I eat lots of fruit and veggies and I generally only buy chicken. I do meal-planning for workdays.”

$280 on eating out. “I eat out four-five times a week, where I’m spending on nights out. I typically eat sushi and pho. Or brunch food at a couple of local places.”

$200 on alcohol. “It’s a mixture of what I buy for myself or as gifts for birthdays. Or I bring a bottle of wine for a host.”

$170 on bus/car share/biking costs. “My bike is my main mode of transportation. I cycle in the rain and all summer long.”

$40 on cellphone. “I’m with Freedom Mobile. I switched to them when I moved from Victoria.”

$20 on pets. “I have a bearded dragon. He’s my pet because I can’t have a dog. I buy worms every couple of weeks. He eats veggies.”

$140 on outings and hobbies. “I like evenings DJ shows or dancing. Or art shows. I have lots of artist friends.”

$235 on toiletries/supplies for the home. “These are for the kitchen, bathroom and bedroom, as well as for camping gear."

$230 on clothes. “I have one pair of scrubs. I usually wear baseball T-shirts."

$0 on haircuts/esthetician visits. “I have short hair and I cut my own hair. My massages are covered [under my benefits plan]."

$245 per month on vacations. “I don’t do big vacations. I went to Chile because I have family there. I also went to Nicaragua and Hawaii."

Some details may be changed to protect the privacy of the persons profiled.

Are you a millennial who would like to participate in a paycheque profile? Send us an e-mail.

How one Quebec single mom, 32, taught herself the ins and outs of investing
December 4, 2018 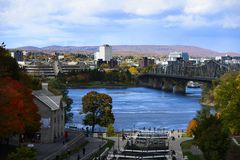 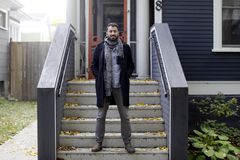 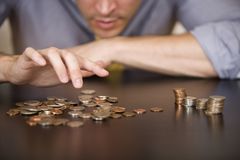 Video: Gen Y Money: Should a GIC be on my radar? 1:33
May 9, 2017
Follow us on Twitter @globemoney Opens in a new window
Report an error Editorial code of conduct
Due to technical reasons, we have temporarily removed commenting from our articles. We hope to have this fixed soon. Thank you for your patience. If you are looking to give feedback on our new site, please send it along to feedback@globeandmail.com. If you want to write a letter to the editor, please forward to letters@globeandmail.com.
Comments