An all-out brouhaha has broken out in Canada’s variable-rate mortgage market.

Bank of Montreal started the slugfest with its record-setting prime minus 1.00 per cent special.

Then came TD, who matched it. Then came Bank of the Nova Scotia, which quietly equaled it for new customers on a “limited basis.”

And now comes HSBC, who is thrashing all the big banks (again) with a new prime minus 1.06 per cent offer, starting Thursday. That’s the biggest widely advertised variable-rate discount I’ve seen from a large bank in this country.

Banks on the offensive

This type of overt rate rivalry doesn’t happen often. The late honourable Jim Flaherty is probably wagging his finger at banks as we speak. Remember this?

But with the slowest mortgage growth in 17 years, you can’t blame banks for wanting to protect their franchises. Seventy per cent of their Canadian loan books are residential real-estate loans, according to Scotiabank analyst Sumit Malhotra.

And the headwinds are gale force. Not only are rates climbing to seven- and eight-year highs, which slows mortgage demand, but home prices still aren’t cheap and borrowers now have to prove they can afford rates that are at least two percentage points higher.

The higher rates go, the harder it gets to qualify and the more mortgage demand drops. Oh, and that’s not to mention cold-blooded competition from savvy online-marketers, such as HSBC.

All of this is forcing banks to pull out their big guns to maintain market share. And they’re choosing to battle in the variable-rate arena, for multiple reasons.

For one thing, “the margin is better in variable,” says Barry Gollom, senior vice-president of products and propositions, retail banking and wealth management at HSBC Bank Canada. Banks are keen to balance their books as people rush to lock into fixed rates.

On top of that, banks know their net interest margins will rise as variable-rates rise. And they know at least 5 to 15 per cent of people will inevitably convert their variable rates to higher-profit fixed rates.

And of course, despite tight profit margins when a mortgage is first taken out, banks still make big dough when mortgagors renew and/or get other financial products (credit cards, bank accounts, investments, insurance, etc.).

As its prime minus 1.06 per cent offer shows, HSBC is dead-set on pilfering the big banks’ mortgage customers. To win consumer’s hearts, it has systematically undercut other banks for more than a year and a half.

“We wanted to [beat the banks’ prime minus 1.00 per cent offer] by more than one basis point,” Mr. Gollom says. “We want to send a message that we’re committed to the Canadian market long term and will be extremely competitive.”

And it’s not just in variable-rate mortgages. HSBC also has the lowest HELOC rate of any bank, the lowest five-year fixed rate for insured mortgages of any bank (3.09 per cent as of Thursday), and $1,000 cash back for mortgagors buying a new home or switching to HSBC.

“We don’t have commissioned salespeople,” Mr. Gollom adds. That gives HSBC an important cost edge versus banks that pay commission to mortgage reps and brokers.

By the way, over time this edge will lead many more prime mortgage lenders to adopt salaried mortgage representative models (not great news long term if you make a living selling mortgages for commission).

HSBC’s model is no mystery. It uses tantalizing rates to get people in the door, hoping they’ll buy other loans, accounts and investments. And it better.

They say that when you compete on price it’s a race to the bottom. And who wins at the bottom? It’s the most consumer-friendly lenders with the lowest costs and the ability to subsidize mortgage rates with other revenue sources.

Robert McLister is a mortgage planner at intelliMortgage and founder of RateSpy.com. You can follow him on Twitter at @RateSpy. 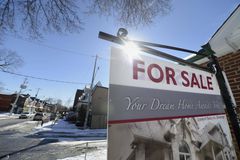 Renewing your mortgage? Ottawa has quietly made some regulatory changes that could save you big money
May 12, 2018 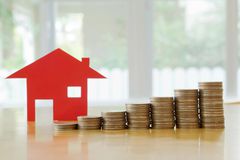 Explainer
How much can you spend on a home? It may have changed drastically
May 10, 2018