Business-class travellers on WestJet’s Dreamliner likely had no idea they were making gastronomic history when they took their first bites of smoked maple salmon with bison pemmican butter sauce. Their meals a few weeks ago marked the first in-flight offerings of Bill Alexander, 38, the airline’s first Indigenous consulting chef.

It’s the latest step in Alexander’s quest to inspire tourists and Canadians alike to learn more about Indigenous peoples. It’s a mission he also undertakes in his day job as executive chef at the Grey Eagle Resort and Casino on Tsuu T’ina Nation land near Calgary and in his work as a consultant on the Indigenous Tourism Association of Canada’s culinary strategy. Born in Ontario, raised in western Quebec and influenced by the Mohawk community, Alexander has worked around the world and was in Toronto in May for the Terroir food conference. He explains why it’s the perfect time to break bannock around Indigenous issues.

What makes a food “Indigenous food?”

It’s really the terroir. We were nomadic [people]. Your choices were what was provided to you by Mother Nature. Indigenous cuisine, to me, is our relationship with the land. It’s our medicinal use, it’s our food use, it’s berries, it’s wild game. It’s how we used what was naturally available. Where I get to come in as a modern-day chef now is going, “Hey, how can I stay true to the traditional ways in which we would’ve preserved those items and then put a modern-day outlook on food to make it Instagram ready.”

Is it a hard sell?

A lot of the growing fads that are in restaurants now are charcuterie stations, farm to table, fork to table … these items aren’t new to us. We are some of the oldest preservers of meats, cured meats, dried meats and pemmican [a mixture of dried game and fat]. We’ve been doing it for thousands of years. It’s interesting for me to see that a lot of the buzzwords are some of the stuff we had to do to survive. And it’s not to say that even when we did it, that we knew that it was ever going to lead to anything bigger. It wasn’t about that. Food initially was just for survival. But in Indigenous cultures, it brought people together.

So, is that the defining aspect? Food as community?

In Indigenous culture, it’s uncommon for me to be a chef because it’s the females who are the community cooks. It’s actually a very revered position. The women were the ones who tied our communities together. When you look at a true community, it wouldn’t be that different from how you would hope all society would work. Everyone would be working toward a common goal. Anyone who makes decisions for their family would make them, hopefully, for the best of their family, but it’s not always with consideration of their neighbour. When you’re Indigenous, everyone is your community.

How a new guard of Indigenous chefs is sharing its traditions

Was it always your plan to share the food you grew up with?

You have no illusions of grandeur, when you start, to think that the world is going to be interested in what you’re doing. If I told you that I thought I was going to wake up one day and help change what was thought of as Indigenous cooking … it was just not it. Originally for me, food started off as survival, then it became passion, then it became love. And then it led to my fascination with people and what food can do.

I realized that food had the same significance in every culture. The truth is that food is its own universal language. When you go, and you see the way it brings other people together and what they share, you realize that the individual conversations you have with people are what is truly important.

You’ve travelled around the world cooking, but your role at Grey Eagle Resort and Casino is really the first time that you’ve focused on traditional cuisine. Was it daunting?

I think sometimes there’s this concern that you’re going to be disrespectful to tradition – in any culture – or that you’re breaking tradition. When you get the true magic of food is when what you’re doing, and love, tells a little bit about your culture but still resonates with somebody else’s. Our fry bread resonates with popovers or Yorkshire puddings for people coming from England

What change are you trying to create now?

I’m trying to share. I think that for a long time people have wanted to know what Indigenous culture is and I think that just because of what has happened in the past, there has been a fear of asking questions. It’s so easy to ask the wrong one. It’s so easy to offend. And I think where I’m at right now, and I don’t speak for all Indigenous people, is that we have some really cool things about our culture that I think we can share. 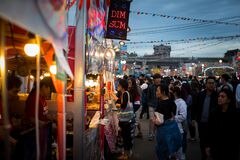 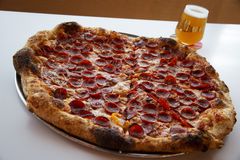 Rugged side of B.C.'s Sunshine Coast is lined with tantalizing seafood Subscriber content
May 31, 2019 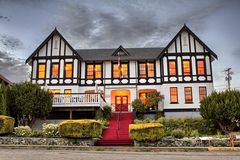