Keen-eyed consumers of Portuguese wine may have noticed a subtle evolution in the country’s labelling customs over the past decade. Grape names have been popping up next to more traditional regional classifications. Typically you’ll see the varieties listed on the back, but increasingly also on the front.

It’s evidence that Portugal – currently on a tourism roll, with foreign visitors more than doubling to 12.7 million in 2017 from 5.7 million in 2000 – is increasingly courting export markets for its dry table wines. After all, most consumers outside Europe these days tend to find more meaning in so-called varietal labelling, where wines are named after their constituent grapes rather than obscure villages or districts.

Frankly, I’m not sure the practice is helping in Portugal’s case. Varietal labelling relies for its success on consumer familiarity, and Portugal, thank goodness, is hardly a sea of same-old chardonnay, syrah or sauvignon blanc. That’s because political isolation for part of the 20th century impeded trade, forcing producers to work with the country’s indigenous grape varieties, of which there are more than 200 in commercial production, most of them obscure to the outside world. Could you accurately describe the classic flavour profile of, say, loureiro? (Hint: It’s a key constituent in the quintessentially refreshing Portuguese white wine from the district called Vinho Verde.) How about jaen, castelao, baga, alfrocheiro, avesso or trajadura? I could go on.

Everything you need to know about shopping for wine

But maybe I’m wrong. Certainly something has been drawing more people to the Portuguese wine category. Worldwide exports of premium, appellation-specific table wine – not including fortified port or sparkling wine – grew to 110.5 million litres in 2017 from 85.2 million litres in 2013, for a jump of 29.7 per cent, according to Wines of Portugal, a trade association. Shipments to Canada in particular rose to 8.7 million litres from 6.6 million litres, an increase of 32 per cent. And interim figures for 2018 suggest the trend is continuing.

Labelling practices are not the only evidence Portugal has been modernizing to appeal to international tastes. The wines themselves have been evolving, shedding rustic flavours as well as – and this remains my main beef still with some red table wines – overripe, sunburned, raisiny characters. If you haven’t tried a Portuguese wine since Mateus in the 1970s, please go back to the well. There are smart buys on offer.

There’s a French influence to this wine in two senses. First is the ownership. Post Scriptum comes from a joint venture between Bruno Prats, the long-time former manager of famed Château Cos d’Estournel in Bordeaux, and the Symington family behind such blue-chip port brands as Dow and Graham’s. Together they wanted to create a bit of grand cru-style finesse and excitement in the Douro Valley, a region best known for fortified port. Mission accomplished. The other French influence here is in the style of the wine, blended from local varieties touriga nacional and touriga franca. Full and bone-dry, it’s pleasantly dusty in texture, with ample dark plum and cherry fruit merging fluidly with dark chocolate, lifted by a salty tang. Subtly oaked (in neutral French barrels for 12 months). Imagine a Pomerol merlot crossed with a splash of Tuscan sangiovese. Approachable now, it should improve with up to a dozen years. Perfect for steak or roast beef. Available Feb. 16 in Ontario at the above price and now at select British Columbia private stores for roughly $43, various prices in Alberta, $30.36 in Manitoba, $36 in Nova Scotia.

Quinta da Rede makes its home in the Douro Valley, where grape varieties historically devoted to sweet, fortified port are increasingly being deployed for dry table wines. A blend of tinta roriz, touriga nacional and touriga franca, this is full-bodied and brimming with dark fruit, dark cocoa, chewy raspberry, black licorice and invigorating spice. The tannins are slightly and attractively grippy. Aged for nine months in new French-oak barrels for a warm and spicy finish. Modern-styled and marvellous for the money. Available in Ontario.

Lucky residents of Lisbon need not travel far to gaze at pretty vineyards or to shop for wine from cellar doors. All they have to do is cross the 25th of April Bridge and head south into the Setubal Peninsula, where this, and many other wines, are made. Produced by storied firm Jose Maria da Fonseca, it’s full-bodied, smooth and chunky, with suggestions of sweet blackberry syrup, coffee and cedar, held tight by powdery tannins. A mix of three grapes, castelao, touriga nacional and tourica francesca, it would go splendidly with grilled steak. Available in Ontario at the above price, $16.99 in British Columbia, various price in Alberta, $15.49 in Manitoba, $18.99 in Nova Scotia.

A classic 10-year-old tawny. This is medium-bodied, with raisin-and-date sweetness well-balanced by a strong suggestion of baking spices along with roasted nuts, hay and saddle leather. Like a cross between old vintage port and an amontillado sherry. At a warm 20-per-cent alcohol, it’s a fine antidote to Canadian winter. Available in Ontario at the above price, approximately $39 in British Columbia private stores, various prices in Alberta, $38.01 in Manitoba, $30 in Quebec.

A red blend of jaen, touriga nacional and trincadeira from the Dao region south of the port-producing Douro Valley, it’s medium-bodied, very dry and graced with modestly astringent tannins, which help provide a tight and tidy structure. Clean and modern, it offers up notes of cherries, old varnished wood and a hint of smoke. Remarkable wine for the money. Available in Ontario.

Also from the Dao region, this is a medium-bodied and relatively smooth red, with good flavour concentration and notes of plum, cherry and dark chocolate, lifted by zippy acidity. It’s a blend of touriga nacional, alfrocheiro and tinta roriz (a.k.a. tempranillo). Clean and modern. Available in Ontario at the above price, various prices in Alberta.

The French would call this a vin de pays. In Portuguese that’s vinho regional, a step below the DOC classification. It means the grapes were sourced from a wide swath of the southern Alentejo region rather than from a sharply delimited appellation. But so what? It drinks like a DOC wine (without the DOC price premium). It’s an uncommon blend of touriga nacional, syrah and alicante bouschet. Medium-full, very dry and tight, it’s imbued with juicy berry fruit, vanillin oak and a gritty texture. Pair it with fatty red meats, such as lamb. Available in Ontario.

There are several wines that share the name Aveleda, including another popular and slightly less expensive white from the same producer, which is simply called Aveleda and comes in a taller, narrow, hock-style bottle. You can tell this one apart by the more common Bordeaux shape as well as the list of grapes on the front label – loureiro and alvarinho. The wine is light, dry and still, not slightly crackling like some traditional vinho verdes. Smartly crafted entirely from estate-grown versus purchased grapes, it’s concentrated enough to seem vaguely sweet in the middle but finishes perfectly dry and crisp, with soft papaya and zesty citrus joined by a gravel-like mineral quality. Just 11.5-per-cent alcohol. Available at the above price in Ontario, on sale in British Columbia for $13.99 (down from $16.99) at EverythingWine stores, various prices in Alberta, $13.99 in Saskatchewan, $15.50 in New Brunswick, $15.39 in Prince Edward Island, $13.99 in Nova Scotia, $14.99 in Newfoundland.

Light, dry and still (not sparkling), this is tangy and cheerful, with sweet lemon-drop fruitiness, a whisper of herbs and traces of smoke and stone. The loureiro grape’s generous acidity supplies bracing backbone. Good value. Available in Ontario at the above price, various prices in British Columbia and Alberta private stores.

Join wine critic Beppi Crosariol and other Globe and Mail journalists this July aboard the Globe Portugal Cruise. For itinerary and booking information, visit globedourocruise.com.

My friend got me a special wine for Christmas and it turned out to be corked. Should I let him know? Subscriber content
January 24, 2019 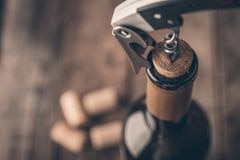 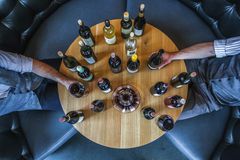 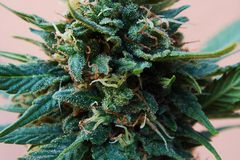