“Do you know about our cellphone policy?” the bartender asks politely, nodding to a sign scrawled across a thrift-store mirror.

If you’ve heard anything about Trans Am Restaurant, you probably know of the strict no-cellphone (Three Texts, You’re Out) rule that was implemented last fall.

Or perhaps you’ve heard about Le Burger, a thick eight-ounce wagyu chuck grind griddled on seasoned cast iron to chin-drippy decadence, which has become something of a cult classic.

What you might not know – because it’s a well-guarded secret – is that this vinyl-spinning, craft-cocktail-shaking, stick-it-to-the-influencers 13-seater is easily one of the coolest bars in Vancouver. And I mean classic cool, in a rebellious James Dean, white T-shirt, sultry pout, getting lost down a deserted highway kind of way.

On a lonesome stretch of Port Town, across from a storage warehouse, Trans Am barely announces itself with chartreuse light bulb in the front window and a small scripted sign on the door.

Inside, an L-shaped bar roughly lacquered in black is cluttered with flickering prayer candles, skull paraphernalia and a cut-crystal candy jar filled with Skittles. There is a small standing area in the window, but no tables. Everything, cooking and record playing included, is orchestrated behind the wood.

The music thumps and sways (often with long pauses between selections) with the outcast superstars of multiple generations – The Clash, A Tribe Called Quest, John Lee Hooker. The mood is mellow. The air hangs heavy like a meaty swamp.

“The place feels like it landed in Vancouver on a spaceship from late-eighties Montreal,” I later remarked.

As owner Gianmarco Colannino later explains by phone, he did indeed come from Montreal, in 2011, after a family tragedy. Unable to find a chef job that paid as well as his former gig as the private chef for a marketing agency, he talked his way into a barback position at the Waldorf Hotel and later became general manager of The Dime Roadhouse. In 2013, he developed a rare form of testicular cancer that developed in his chest cavity and attached to his heart. After many rounds of chemotherapy (he is now five years in remission) and almost “losing my mind” working for a beer company that went bankrupt, he received a small inheritance and said, “I’m building my own bar and doing exactly what I want.”

Of course, I knew nothing about his background the first time I sidled up to Trans Am. And, to be honest, I expected a grizzled cranky pants with some sort of bee in his bonnet about modern technology.

Mr. Colannino is actually young, quite sweet and rather placid as he slings burgers and spins tunes under a dark ball cap. And after lunging for my purse a few times, the cellphone-free zone washed over me like a soothing balm.

Put your phone on vibrate, if necessary. Go outside – or into the cartoon-plastered bathroom with its gold toilet – if you really need to check your e-mail. But why not just turn it off and relax? Without all the usual distractions, you will notice little things: the poise and polish of bartender Dave Back (formerly of Merchant’s Workshop) as he transfers blocks of crystal-clear ice from the backroom freezer to the 1950s-era Frigidaire out front; the subtle differences between a grapefruit-forward Paper Plane and the more bitter cherry notes in his excellent Cardboard House variation.

“Are you ready for some burgs?” he asks, leaning over the bar.

The two-fisted sandwich, slathered in mayo, ketchup and relish and piled high with iceberg lettuce, raw onions, a thick slab of cheddar and meaty double-smoked king bacon, is so rich you could easily share one between two people. And I do love that the brioche bun is served cold, but warms up as it squishes like a moulded glove around the juicy, char-edged patty without breaking apart.

Tonight, however, we are here to splash out on the steak – a 32-ounce, naturally raised tomahawk from Two Rivers Specialty Meats, which comes with three fried eggs and roasted broccoli for $125.

“Oh,” the bartender says hesitantly. “You know it’s going to take an hour and a half?”

No, I didn’t realize. (Next time, I’ll call ahead.) We had better order some wine. What do you have? He pulls all six bottles – a grab bag of big no-name reds, mostly Italian – from the top shelf. The prices are written on the glass in gold marker.

The steak is a monster. Mr. Colannino tends it like a baby, slowly bringing it up to room temperature, searing on cast iron, wrapping the bone in tin foil, finishing in the oven and giving it enough time to rest before slicing it English style and delivering it proudly on a platter. It’s beautifully cooked with a perfect ring around the ruby-red centre.

But it might taste less livery, I suggest, if it hadn’t been stored wet in vacuum-packed plastic. And if he advertised the steak better, I go on, he could probably sell more than four or five a week. Then he could give them a bit of dry aging.

It’s the end of the night. George Carlin is cracking wise from the turntable. Mr. Colannino hangs his head and gives me a withering look, the same one I’m sure he reserves for people who try to sneak a cellphone snap.

“Do you know much about restaurants?”

Guess it’s time to introduce myself. It might take some convincing to get a Globe and Mail photographer in here. As I expected, he’s not entirely sure a review is a good idea. “It could ruin everything,” he moans.

I feel the same hesitation. I love this place. I want to spread the word. But if you go, please, I beg, don’t be a jerk about the cellphones. There are so few gritty gems like this in Vancouver. I hope Trans Am stays real.

No stars: Not recommended

One star: Good, but won’t blow a lot of minds.

Three stars: Excellent, with few caveats, if any. 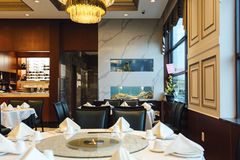 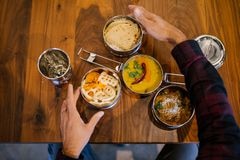 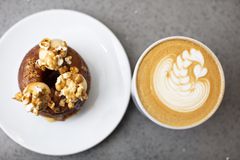