FARAH MOHAMED
Special to The Globe and Mail
Published September 3, 2012 Updated May 8, 2018

After a successful career in the dot-com industry, Zita Cobb, 54, set sail and made it halfway around the world. Despite where the winds took her, a part of her remained where she was born, Fogo Island, Nfld., an island with a population near 2,500. In 2001, Ms. Cobb retired at the age of 43, and set aside millions of dollars to rebuild the island she left when she was 16.

She began by creating a scholarship, but at a town hall meeting she was told that while her efforts were appreciated, she was encouraging people to leave the island rather than help build a place for them to stay. The comment prompted Ms. Cobb and her brothers to establish Shorefast Foundation and earmark their funding to revitalize the island by preserving the local culture and make it a geotourism destination.

The foundation has helped rebuild the local film industry by establishing a visiting filmmaker program and media literacy workshops for local youth.

After the community meeting I went on several long runs along Lion's Den trail. The trail takes you along the coast and through abandoned communities … such as Lion's Den and Eastern Tickle. It really brought home the comment and made me realize that you really don't realize what you have got till it's gone.

Simply put, we have helped to bring income and pride and confidence to the local communities. For example, a microlending program has helped get 16 small businesses off the ground and spurred the restoration of many heritage homes and public buildings; a café has opened on the island and this has renewed an interest in our traditional foods, local plants and berries and in finding new ways to do old things.

At first it was tough to ask people to take a jump with you and to change their ways, to think local and to see the difference we could make.

What keeps you awake at night?

Finding the right balance in the rhythm of opposites between traditional and contemporary; between what should stay the same, what needs to change; between "from here" and "from away"; between pragmatism and poetry; between constraint and possibility.

There is not enough money in heaven for that all needs to be done in rural Newfoundland. We treat donations like investments and we reinvest funds from funded initiatives back into the community. This has led to the first childcare facility on the island. What really strikes me is that we actually have people who are working and we have enough kids to warrant a childcare facility.

Willful ignorance. When people, for whatever reasons – a failure of imagination, courage or plain laziness – just don't want to see, refuse to know; who prefer to embrace "the easy."

The woman who challenged me about the scholarship program. Although that might be better described as an "oh no" moment.

We are building an inn, which will generate more than 70 jobs.

Farah Mohamed is president and chief executive officer of the G(irls)20 Summit. Send suggestions for Action Figure to Livebetter@globeandmail.com. 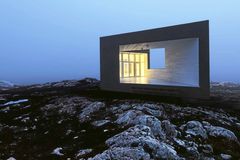 God help us: What Joel Thomas Hynes loves about Newfoundland
May 8, 2018 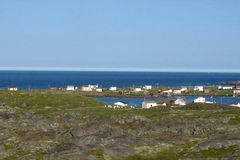