Every spring, the days get longer and warmer. Birds chirp. Trees blossom. And suicide rates spike.

Contrary to popular belief, suicides don't occur more often during the dark, cold days of winter. Rather, numerous studies over the years have shown a baffling but consistent springtime peak in suicides in many parts of the world, including the United States, Australia and Europe. In Canada, the number of deaths has typically been highest in late spring and summer, and is lowest during the winter months.

Scientists have come up with various explanations for this seasonal spike. Some believe spring, with its warm, sunny days and promise of new beginnings, can make people perceive their own depression as more intense by comparison. Others suggest a disruption in sleep patterns caused by daylight saving time could play a role, while still others propose the rise in deaths represents a spillover effect, as individuals with seasonal affective disorder who have struggled for months with low light exposure finally reach a level of exhaustion by the time winter ends.

Dr. Teodor Postolache, a professor of psychiatry at the University of Maryland School of Medicine, holds a strikingly divergent view.

As far back as the late-1990s, Postolache has suspected airborne pollen may contribute to people taking their own lives. Over the years, the family doctor-turned-psychiatrist, a Romanian from rural Transylvania, has been exploring the possibility that exposure to aeroallergens, such as tree pollen, can spark an immune response that triggers suicidal behaviour in some individuals.

It sounds far-fetched to suggest the reproductive life of trees can affect people's thoughts and behaviour, he acknowledges.

Yet the scientific community has been willing to entertain the hypothesis. Postolache and his co-investigators, whose research into the link between pollen and suicide has been funded by the U.S. National Institutes of Health and others, have had their work published in prominent journals such as Molecular Psychiatry and BMJ Open.

Not everyone is convinced there's anything to this other than a tenuous connection.

"It's purely a correlation at this stage," says Dr. Ian Dawe, chair of the Ontario Hospital Association task force on suicide prevention standards. "We're nowhere near being able to say with confidence that allergens cause suicidality. Really what we're just seeing is two variables rising together: the pollen counts in a setting, and suicide rates." Besides, Dawe adds, suicide rarely has one single cause, but is the result of multiple factors.

Still, many researchers have become focused on the idea that inflammatory mechanisms, or the way the body naturally reacts to infection and injury, may play a role in various psychiatric conditions. Brain inflammation found in people suffering from depression, anxiety and schizophrenia, among other mental illnesses, has prompted scientists to explore how the brain may experience collateral damage as the immune system attacks germs, stress and other sources of harm. As this immune hypothesis gains traction, Postolache's idea seems less far-fetched.

Could avoiding or suppressing hay fever actually save lives?

In Canada, between 3,600 and 4,000 people die by suicide each year. According to Statistics Canada data from 2000 to 2012, the highest number of suicides occurred in May – an average of 363 deaths. That's more than 21 per cent higher than the lowest monthly average in that span, recorded in December (299).

The phenomenon of springtime peaks in suicide first caught Postolache's attention in the mid-1990s, when he was studying the effects of light therapy to treat winter depression. It seemed paradoxical to him that more people were dying by suicide at a time when nature comes back to life. None of the various explanations for the bewildering pattern satisfied him.

What did make sense to him were the new ideas emerging from the field of neuroimmunology, which suggested immune activation could affect the brain. Perhaps, he thought, certain infections at the end of winter and beginning of spring were inducing such an immune response.

As he considered this possibility, another thought dawned on him. At the time he was practising psychiatry in Washington, D.C., which was covered in a yellow film of tree pollen, and many of the patients he was seeing, he recalls, "were coming out crying, not because of sadness, but because of the tearfulness associated with rhinoconjunctivitis," also known as the itchy, watery, red eyes and stuffy noses that are characteristic of hay fever.

He began reading up on the literature on allergens, and learned about the nasal production of cytokines, which are a group of proteins that act as messengers between cells. These cytokines, at least in animal models, have been found to be able to enter the brain by crossing the brain's protective filtration system, known as the blood-brain barrier, he says. And multiple experimental studies have suggested cytokines may affect behaviour. Postolache notes that people have been known to become anxious, depressed and suicidal when treated with the cytokine interferon for tumours and hepatitis, even when they have no history of mental illness.

On top of it all, he says, among his own patients, "it seemed that indeed the tsunamis of tree pollen in spring were really times where they have contemplated suicide, where they've felt very sad."

Postolache led an epidemiological study, published in 2005 in the journal Molecular Psychiatry, which provided some evidence of this correlation, comparing pollen counts and suicide rates in the U.S. over a four-year period. A subsequent study published in 2012, for which he was a co-author, failed to replicate the association. But a more in-depth 2013 Danish study, in which Postolache was involved, reaffirmed his earlier finding of a link, using data over a 25-year period.

In addition, a yet unpublished study, conducted by Dr. Thomas Cook, has provided even more support to the hypothesis.

Unaware of Postolache's work, Cook, an assistant professor of public health at Mercyhurst University in Pennsylvania, came up with the idea of investigating the link between tree pollen and suicide independently, after learning researchers in Finland had found sunlight and wind were correlated with peaks of suicide. The idea that suicides increased with sunlight didn't seem to add up, he says. "It prompted the question for me … has anybody looked at allergens?" His query led him to Postolache, who has since become a mentor to Cook.

In his new study, Cook says he not only found peaks in suicide related directly to pollen counts over the seven-year study period, but "there is a clear dose response, so that at higher thresholds of pollen, we see even larger spikes in suicide."

His study zeroed in on Hungary, since the Central European country is something of an outlier in terms of pollen counts and suicide. Due to its geography and historical circumstances that left large tracts of agricultural land abandoned, Hungary is among Europe's largest producers of the highly allergenic ragweed pollen, Cook explains. The country also does extensive monitoring of pollen counts, and it has one of the highest rates of suicide in the developed world. According to the Organisation for Economic Co-operation and Development, Hungary had a suicide rate of 22 deaths per 100,000 population in 2012. By comparison, Canada's suicide rate that same year was 11.3 deaths per 100,000 population, according to Statistics Canada.

Cook found Hungary had two seasonal peaks in suicide, one in spring and one in fall, which coincided with waves of pollen.

It may well be that the relationship isn't a causal one, Cook says. For instance, he explains, there may be a "skimming effect," where high levels of pollen and allergies simply make life unbearable for people who are already vulnerable to suicide.

Postolache also acknowledges suicidal behaviour is incredibly complex. And even if aeroallergens do act as an immune trigger, the mechanisms are not entirely clear. One possible way, he suspects, is that cytokines, especially pro-inflammatory cytokines released during an allergic reaction, reduce levels of serotonin, a neurotransmitter involved in mood regulation. Cytokines activate a particular enzyme that steals the amino acid tryptophan from the synthesis of serotonin in favour of the production of other molecules, he explains. This could then result in a serotonin deficiency.

Cytokines may also activate microglia, which are immune cells in the brain, and turn them against the very neurons they normally nourish and protect, he says.

Postolache notes that while it's possible the use of allergy medications during peak pollen season may be a contributing factor, one ecological study, which he co-authored, found that the use of intranasal corticosteroids was actually associated with a lower risk of suicide, while the use of antihistamines was associated with only a modestly higher risk.

As provocative as this research may be, Dawe, an associate professor of psychiatry at the University of Toronto, says much more needs to be done to tackle definitive causes of suicide.

"We haven't solved poverty, we haven't solved economic disparity and all of those things. There's a lot to be done about even closing the gaps in the mental health system," Dawe says. "Until we get proof on some of these more outside-the-box, intriguing hypotheses like pollen, we're still going to be focusing most of our efforts on attacking the variables that we know to be causation."

Dr. Gustavo Turecki, professor and chair of the department of psychiatry at McGill University, agrees there's not enough information to make any conclusions about the potential role of pollen in suicide. But he says he hopes that research into the biology behind people's suicidal ideas and behaviours will eventually lead to new ways to intervene and prevent further deaths.

"At this time, we are far away from that because we still don't understand how the brain works to begin with," Turecki says. "But we have to start somewhere, yes?" 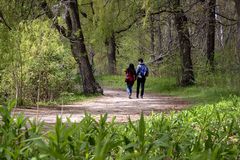 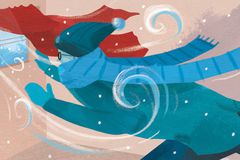 Why many nasal decongestants are useless
March 22, 2018