Stella Boyland has always been wary of the chemicals in sunscreens, she said, adding that she "cringes" at adults who use SPF moisturizers every day.

The Vancouver-based designer said she only puts sunscreen on her six-year-old son, Kiran, when they are visiting tropical places such as Hawaii, or spending all day in the sun on a kayaking excursion. The rest of the time, "we opt to wear hats, light long-sleeve shirts and swim shirts," she said, "and avoid being out in full sun between noon to 2 p.m."

When they do use sunscreen, they use mineral-based formulas, she said, "but even then, I do not apply too much."

Like Boyland, some Canadians have heard so many conflicting messages about sunscreens that they have stopped using them altogether. They are well aware that sun exposure causes skin cancer. But after doing their own research online, they say they are leery of slathering chemicals on their skin every day.

Many follow reports from organizations such as the Environmental Working Group in the United States and the David Suzuki Foundation in Canada, which have cautioned that sunscreen ingredients such retinyl palmitate, a form of vitamin A, may spur the growth of skin tumours when applied to the skin before sun exposure. The same organizations have raised concerns that widely used chemicals in sunscreens, such as oxybenzone, may disrupt human hormones.

Health Canada and organizations such as the Canadian Cancer Society insist chemicals and minerals in sunscreens are not only safe but essential for curbing high rates of skin cancer. Each year, 78,000 Canadians are diagnosed with non-melanoma skin cancers, while 6,800 develop melanoma.

"None of the approved ingredients [in sunscreens] have been shown to cause any problems in humans," said Dr. David Leffell, an internationally recognized expert in skin cancer and a professor of dermatology at Yale University.

But people such as Boyland remain unconvinced. Avoiding chemical sunscreens "is just my way of moderating the risk in my life," she said.

Ilka Riemann of Vancouver said she stopped using sunscreens on her four-year-old twins after her son developed an allergic reaction. "Everywhere the sunscreen touched, he was covered in what looked like the measles – it just went into bigger hives."

She tried other sunscreens, but her son reacted to those too. "I don't know which one causes it, or what is the cause of it," said Riemann, who works as a landscape architect.

She decided it was better to instruct her son's daycare not to use sunscreen on her kids than to keep experimenting with different formulas. Even if she could find one that didn't make her son break out, she said, she couldn't be sure that it would end up on her kids since daycare workers tend to grab the closest bottle at hand.

At home, she tries to keep her son and daughter out of the sun in the middle of the day. Although it's early in the season, "they're already pretty brown." But Riemann said she isn't concerned about their tans, in part because their father is Turkish and has darker skin.

Riemann describes herself as "pro-vaccination" and a firm believer in Western medicine. But when it comes to sunscreens, "I would be more worried about the chemicals, truthfully, than the sun itself."

Leffell said he can understand why people are drawn to natural products. But he added that there is no reason to avoid sunscreens simply because they contain tiny mineral particles or chemicals that have a good safety profile. "People have gone off the deep end worried about chemicals," he said.

Robert Nuttall, assistant director of health policy at the Canadian Cancer Society, acknowledged that some individuals with sensitive skin may have a unique reaction to ingredients in certain sunscreens. Different formulas are available for people with skin sensitivities, he said.

He noted that many of the concerns raised about UV-blocking chemicals are based on preliminary studies involving cells in Petri dishes, or lab rodents. At organizations such as the Environmental Working Group, "people often will latch on to an individual study," he said, "and extrapolate that to a broader context."

The Canadian Cancer Society receives many questions from the public about whether sunscreens are safe and has combed through all of the published research on these chemicals, he said. "In our review, these are safe products."

Leffell emphasized that any risks of using sunscreens would be minimal compared to that of sun exposure – a known carcinogen.

Tanning is a sign of DNA damage, which results in mutations that can cause skin cancer down the road, he said. "The mutations that the sun causes accumulate by compound interest," he said, "so the real focus should be on protecting your kids."

What you need to know to select the right sunscreen
May 16, 2018 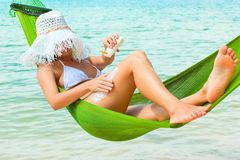 Save your skin with sun-protective clothing
May 16, 2018 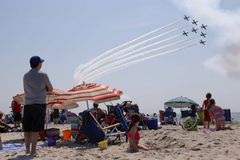 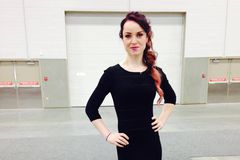 Follow Adriana Barton on Twitter @AdrianaBarton
Report an error Editorial code of conduct
Due to technical reasons, we have temporarily removed commenting from our articles. We hope to have this fixed soon. Thank you for your patience. If you are looking to give feedback on our new site, please send it along to feedback@globeandmail.com. If you want to write a letter to the editor, please forward to letters@globeandmail.com.
Comments