A vision of love

Alex: We met 15 years ago on Cortes Island where I lived. Where we still live. There’s a little local nudist hangout at the lake and in the summer, most everyone stops in there. One morning, I was heading over and I had this strong premonition. A voice said you’re going to meet somebody. The hairs on the back of my neck stood up.

Darshan: I was by myself, sitting out on this rock. He walked right over.

Alex: She was the only person there! I’m not normally very assertive, but after this experience, I thought, I’d better go talk to her. We chatted and then I took my clothes off.

Darshan: And I did too. I grew up on a little island off Vancouver Island, so it was just normal to be naked when you swim. I wasn’t a nudist or a naturalist at the time. We were just kind of naked hippies.

Darshan: I don’t actually remember that first meeting clearly, but [from] then on, we would run into each other every summer at the lake and have these really deep conversations. Alex was a lot older than me. I was 19 and he was about 42.

Alex: I was 40! But yes, there was that age difference.

Darshan: And I was in a long-term relationship, so it was never the right time. Still, I always thought of Alex as the type of person I wanted to be with – so thoughtful and sensitive and attuned to energy and space.

Alex: That was my impression of Darshan, too. When we first met it, didn’t register how young she was because she had such depth.

Darshan: A few years later, I had split from my previous partner and one night, I just woke up thinking Alex! It was like my own premonition. I packed a bag and headed to Cortes. I was going there to tell Alex I wanted to be with him and then there was this whole thing where he tried to set me up with his friend.

Alex: This guy was younger and very handsome. I think I was just trying to protect myself. It took several weeks until I finally gave in.

Match: The relationship gurus who met on a pub crawl

Match: From TIFF date to soulmate

Darshan: We got married in 2016 at the same beach where we met. We did a first dip instead of a first dance and a bunch of the community took off their clothes and jumped in.

Alex: Being nudists or naturalists is something we’ve really embraced as we realize that a lot of nudist, hippie rights are being eroded in this conservative era. A lot of the old nude and clothing-optional beaches and resorts are being bought up by mainstream developers.

Darshan: Being naked used to just be something we did, but now it’s political. It’s a statement about body positivity and sex positivity. We are working on a photography project called The Bed Session where we photograph couples naked. And we are currently vacationing on a clothing-optional beach in Mexico. Drinking a margarita by the pool as a political act. It’s pretty great! 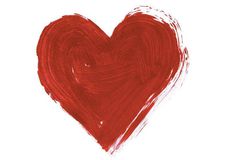 Match: The relationship gurus who met on a pub crawl
February 20, 2019 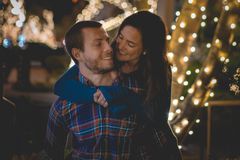 Match: From film school to the Oscars
February 4, 2019