I recently got married and I am upset with my dad. I married someone he was not overly excited about. But, as father of the bride, he was to say a few words at dinner, and I was expecting something nice about my being his little girl, how proud he was of me, etc. We were all stunned by what did come out: no kind words or feel-good speech. Instead, what we can only presume were attempts at humour included comments of how inappropriate the term "give the bride away" was, statements about the groom's family traditionally getting a dowry, but my in-laws "aren't going to be getting a dime" and on and on. He and his wife (not my mother) left early without saying goodbye. Weeks later, after I had cooled down a bit, I spoke to them about leaving early and got a lame excuse. I did not mention the speech as I was too humiliated. Do I tell my dad how inappropriate I feel he was? His health has not been great and he is a poor communicator. Side note, we have historically had a good relationship and, up until now, have had no conflicts or hard feelings. I just don't know how to handle this.

It's a funny thing about father-of-the-bride speeches. Actually, before going any further, here might be a good spot, for the Eddie-fication of all, to unpack a recap of Damage Control's Three Cardinal Rules for Giving Wedding Speeches (Or Really Any Speech At All):

I've seen some groaners, in my time. I've seen head-scratchers. I've seen face-grabbers, from people who broke these rules, especially the third one.

I remember one father of the bride, staggering tipsily onstage, figuring he'd "wing it," grabbing the mic, and beginning his speech: "[Name of the bride here] was never the most attractive or intelligent of my offspring …"

And it actually managed to go downhill from there. Rambling and dilatory, it was all about him: his hopes and dreams, how having children scuppered those dreams, the compromises he had to make as a family man, his bitterness about it all

"Talk about the bride!" someone heckled at some point, causing him to stop and glare at the audience in baleful silence for a full 15 seconds before resuming his remarks. When he finally abandoned his speech, no one was able to look at him the same; his reputation, carefully cultivated over a lifetime, having swirled down the toilet like a struggling spider.

Come to think of it, reflecting on his and other cases (including it sounds like maybe yours), I think I'd like to add a couple amendments to the Three Cardinal Rules:

Amendment 1: Unless you are absolutely certain you are a certifiably funny person, maybe don't try to be funny, either. I've seen lot of unfunny people run into trouble by trying to be funny in speeches. Knowing they might get a laugh saying some uncomfortable, family-skeleton-type home truth, they "go there," to get the laugh, but leave a residue of shock and unpleasantness.

Amendment 2: Neither home truths nor pizza should be delivered at a wedding.

In short, I think your father was probably just trying to be funny and missed his mark. Sounds like he might also have been having a tough time with "giving you away."

Think of it from his perspective: We all know a special bond exists between father and daughter. He will probably always think of you as his little girl in pigtails, running through the sprinkler, sitting on his lap and gazing up adoringly.

Then some smirking dude comes slouching into his daughter's life, and he not only has to preside over (and pay for) a ceremony consecrating and legitimizing the fact this dude gets to have sex with you – now he has to give a speech saying how happy he is about it all?

I'm kidding around a little here, folks. Just pleading for you to cut the old boy a bit of slack.

You yourself say he's not the world's greatest orator. Maybe he bungled his speech, flubbed his big moment. The real question is: How does he treat you now? Words are not his forte. Actions speak louder.

So observe his actions, and if they fall short of the mark, then for sure, let him have it.

But as for his wedding speech, I'd just let it go. Put it in the rear-view. Everyone makes mistakes. Let this one be his "mulligan," and move on.

What am I supposed to do now?

Are you in a sticky situation? Send your dilemmas to damage@ globeandmail.com. Please keep your submissions to 150 words and include a daytime contact number so we can follow up with any queries. 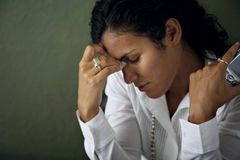 He leaves out garbage and blocks parking: What can I do about my bully neighbour?
May 11, 2018 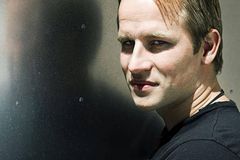 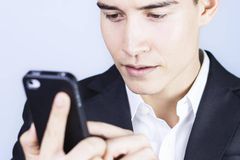