Was it a crime, bad sex or a date gone sideways? Does it matter?

By now, the world has parsed to bits a 23-year-old woman's account of her troubling evening with comedian Aziz Ansari in 2017. Published by the feminist website Babe.net, the allegations were complicated: The woman said she'd refused Ansari's persistent advances but also acquiesced to oral sex before crying in an Uber home.

The story left many women and men feeling ambivalent. In an ensuing uproar online, many admitted there was something all too familiar about this confusing sexual encounter entirely devoid of mutual pleasure: They'd been there.

To muddy the waters some more, given that Ansari's pushy behaviour didn't qualify as sexual assault or workplace harassment, was it right to slide it under the banner of #MeToo? Was it irresponsible to rally against "a bad date"? For observers who'd been waiting with bated breath for the backlash to the feminist hashtag movement spawned last fall by wide-ranging accusations against film producer Harvey Weinstein, the Ansari case proved just the ticket: Women had finally gone too far with their incessant demands.

Or had they? While #MeToo began as a battle cry against sexual violence, women are now using the opportunity to start valid conversations about better, healthier sex. They're charging the doors, publicly challenging everything that's been feeling toxic for them in this current sexual climate. Beyond what's legal and illegal, women are turning the lens onto damaging sex – including the kind some men might see as "normal." And they're questioning why mutual pleasure for women and men is a discussion that, so far, has been left off the table. This, they say, is the next frontier of consent.

"We have been saying for a while now that consent is a low bar. It is the lowest bar there is. After that, we need to talk about sexual pleasure and good sex – sex that you actually want to have," said Karen B. K. Chan, a Toronto-based sex and emotional-literacy educator.

The Ansari story – graphic allegations of a man relentlessly grabbing at a woman who is pulling away – showcases sex that revolves around one person pushing to get something out of another, not two people having a good time, said Lisa Wade. In her 2017 book American Hookup: The New Culture of Sex on Campus, Wade charts a transactional type of sex that pivots on being emotionally uninvested in intimate partners.

"We've decided that sex is a place where you don't have to be nice or treat other people like they're equal. Here it's perfectly acceptable to be unkind and callous, to lie, to promise," said Wade. "When that's the mentality, you start to see the people you want to extract sex from as targets, not humans."

Why is mutual pleasure such a foggy notion in this kind of sex? "It's a problem that is so absolutely part of our society-wide devaluing of female bodies," said Wade. "Actually paying attention to your partner in a caring way is seen as feminized – something men are taught to avoid."

Problematically, this brand of exploitative sex sits in a grey area. Not illegal, it is also something apart from bad sex, as some dismissed the Ansari story.

"Bad sex is, 'We couldn't find a rhythm,' or, 'It was over too fast,' or, 'We did our best but it was just not that fun,'" said Jaclyn Friedman, author of the 2017 book Unscrewed: Women, Sex, Power and How to Stop Letting the System Screw Us All.

Friedman saw something entirely different with the Ansari allegations: a woman turned into an obstacle course. "I hear women say that it can't be sexual assault because everyone they know has experienced that," Friedman said. "This conversation exposes how much of what we accept as sex is violating in some way."

Brooklyn, N.Y., writer and speaker Ashley C. Ford poignantly described this kind of murky sexual exchange last week on Twitter. She recalled a series of revelatory conversations she'd had in college, when her roommate divulged that her MO during sex she wasn't enjoying was, "You just lay there and let them do it."

Ford couldn't relate: She insisted on mutual pleasure in her own sex life. The women's jarringly different experiences shook up her roommate, who realized she'd been completely checking out in bed. The roommate imagined doing the same thing to a listless, hesitant partner and found it unthinkable.

"It's clear," Ford wrote, "that we need better, more definitive language to have nuanced discussions about the spectrum of harm inflicted on the bodies and psyches of women during bad sexual encounters."

To those who would argue that mutual pleasure is a frivolous pursuit in the era of #MeToo, sexual-health educators disagree: Better sex is the next stage in our debates about consent. Beyond just getting permission, they're asking why we've completely overlooked people liking what is happening between them in bed.

Toronto's Chan counsels individuals and couples on intimacy issues, desire and how consent plays out in real life. In our current sexual climate, she sees "an absence of pleasure from our vocabulary and our imagination." Today, performance gets priority over mutual pleasure. Chan and others are working to "reframe desire from what you do, to how you'd like to feel" – a radical shift from where we're at now.

But how to make mutual pleasure the default in sexuality, rather than wearing someone down in bed until you get x, y and z? Time and again, experts stress the need for more compelling sex ed delivered early in young women's and men's lives, before more noxious ideas set in.

That will be an uphill battle in North American schools, where sexual pleasure remains a serious taboo. "Our public schools' silence about sexual pleasure is dangerous," Friedman writes in Unscrewed. "When schools refuse to acknowledge pleasure, they reinforce the idea that sex isn't really for or about us."

Where does it leave a generation of adult men who see the sex described in the Ansari case as perfectly normal?

"Men are also missing out on mutual pleasure," Friedman said. "This didn't seem like an experience in which Aziz seemed to feel super-good, either."

Opinion
When it comes to sex, women are more than just gatekeepers
January 20, 2018 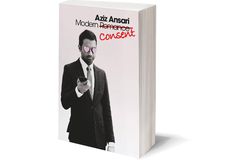 Opinion
In the age of #MeToo, how do we talk to young men about sex and consent?
December 23, 2017 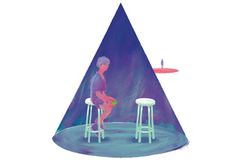 Opinion
Women don’t have to agree, but we do need to fight fair
January 18, 2018 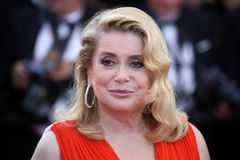 Follow Zosia Bielski on Twitter @ZosiaBielski
Report an error Editorial code of conduct
Due to technical reasons, we have temporarily removed commenting from our articles. We hope to have this fixed soon. Thank you for your patience. If you are looking to give feedback on our new site, please send it along to feedback@globeandmail.com. If you want to write a letter to the editor, please forward to letters@globeandmail.com.
Comments are closed