Treaty 7 territory in the Canadian Rocky Mountains is home to the sprawling campus of the Banff Centre for Arts and Creativity. Recently, it played host to the 40th annual Midsummer Ball, the biggest arts-focused fundraiser in Western Canada. The multiday happening serves as the Banff Centre’s most important fundraiser.

What makes this gathering exceptional is its focus on providing big givers a visceral connection to what they’re supporting. Organizations generally rely on an impassioned speech or performance to get their message across. Since 1979 Banff has immersed its supporters in the goings-on at the centre over a summer weekend, connecting them with the creative process of some of the more than 3,000 artists and leaders who annually take part in more than 120 arts and leadership focused courses. It’s a fundraising formula that seems to work: The event, now in its 40th year, has become a social highlight for the 300 or so who attend, and the funds raised reflect that. This year north of $1.27-million net was raised, one of the highest sums ever.

Night one kicked off on July 19 with a dînatoire, which served as a chance for attendees to catch up and take in the host of artworks on offer in the silent auction (including a portrait by Chris Cran, an Amy Dryer and a Walter Philips landscape) ahead of the evening’s performance program. This year it highlighted Banff alumni. Among them on stage was Aisslinn Nosky (an 11-time Banff’er) who was joined by members of EQ: Evolution of the String Quartet, the program she leads. Closing the program was dancer and choreographer Santee Smith (a participant of 12 Banff creation residencies), who performed her captivating work Blood, Water, Earth. In his closing remarks on night one, Howard Jang, Banff’s vice-president of arts and leadership, noted that all of the 10 or so performers to take the stage that evening were female artists.

The next day saw tours of artists studios, a talk centred on Indigenous leadership and one focused on Indigenous dramaturgies lead by Banff’s newly installed director of Indigenous arts, Reneltta Arluk. Later, an in-studio peek at Alberta Ballet’s in-development production of Mary Shelley’s Frankenstein was on offer. The main event, a black tie dinner, unfolded that evening. As if on cue, spectacular mountain vistas emerged from the cloud-cover that had persisted for most of the weekend. Jenny Belzberg, the Calgary-based philanthropist whose recent $5-million donation will see a revamp to the Banff Centre Theatre, was a noted guest, and seated next to me at dinner was architect Marianne McKenna, a founding partner of KPMB Architects who is charged with overseeing the project (set to reopen in the fall of 2020). On the performance front, renown cellist Shauna Rolston, a regular visiting artist to the music and sound programs at Banff Centre – and whose parents were once directors of the Banff music program – performed with a cello quartet. During dinner, the centre’s chair of the board of governors David Weyant took to the stage to announce that Banff Centre’s adored president and CEO Janice Price’s contract had been renewed for another four years, taking the centre into its 90th anniversary under her leadership.

Live with style. We have a weekly Style newsletter on fashion and design trends, plus shopping tips and inspiration. Sign up today.

Parties of the week: Canadian Centre for Architecture anniversary and UnMasked in support of CAMH Subscriber content 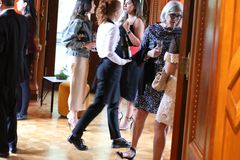 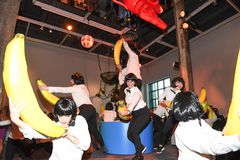 Party of the Week: The Council for Canadian American Relations Gala in New York Subscriber content 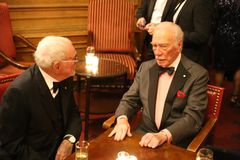