The revolution will be worn

The environmental impact of the fashion industry has been less obvious than that of, say, fossil fuels, but in 2020, this wastefulness is certainly no longer a secret. Imran Amed, founder and chief executive of Business of Fashion, says one of the biggest challenges of the next decade will be for the industry to figure out its role in solving the continuing climate emergency. Where other heavily polluting industries have obvious answers, such as the electric car, for example, fashion has yet to establish that solution. “There’s this kind of existential question, which is, how does the fashion industry exist and continue to thrive and grow while also addressing the very urgent crisis that we find ourselves in?” Amed says.

According to Amed, part of that answer may involve a materials revolution, where biotechnologists engineer fabrics that are less damaging to natural resources. Another may be for shoppers to extend the life of garments by selling gently used clothing on the secondary market or even enjoying it without ownership through the sharing economy. Perhaps the biggest piece is changing consumer behaviour, a difficult adjustment but one that Amed is nonetheless optimistic about as Generation Z enters adulthood. “We can have the UN Sustainable Development Goals and we can have the climate scientists telling us for decades that this is heading in the wrong direction, but it took millions of young people in the streets to get everyone’s attention,” he says, adding that, unlike many of their predecessors, Gen Z’s behaviour actually aligns with their beliefs. “My interactions with people of that cohort are hugely inspiring.”

The beauty world of the 2010s was all about broadcasting the illusion of perfection, with leading social-media influencers hawking a homogenized, high-intervention aesthetic. Danielle Vincent, celebrity makeup artist, brow specialist and founder of the beauty line Kimiko, predicts that the 2020s will refocus on individual expression and inclusivity. “We’re already seeing it on platforms like Instagram, where they are turning away from the perfect prefab photos and going for something that is unfiltered and real," Vincent says of the online behaviours she’s witnessed coming from members of Generation Z. “I think part of that is their increased desire for transparency. They will want to know more about where their products are made, what’s in them, what those companies stand for.” With social media and online shopping continuing to evolve, Vincent says there’s room for a new platform to emerge that will connect beauty consumers in a new way and “change how we purchase and play with brands and how we interact with them.”

In terms of beauty services, Vincent predicts there will be plenty of innovations in treatments leading to longer-lasting or semi-permanent results, such as dip-powder nails and eyelash perms. “Anything that’s time saving will keep growing and we’ll see some interesting advances there. People are willing the to pay the difference and a little bit more if they can get and have for a month or a few weeks.” As well, existing dermatology treatments such as lasers will become more accessible as technology expands these services to treat a broader range of skin tones and ages.

As medical aesthetic treatments become more commonplace, Dr. Shannon Humphrey says cultural beliefs around them will continue to shift over the next decade with the general population becoming even more accepting of non-invasive procedures such as Botox and fillers. “These younger generations really have an attitude around aesthetic treatments that relates more to routine personal care – almost in the same ilk as haircuts and dental cleanings would be laser treatments and neuromodulator injections,” says the clinical assistant professor in the department of dermatology and skin science at the University of British Columbia and medical director at Carruthers & Humphrey cosmetic dermatology clinic. She adds that her current patients at her Vancouver clinic are already seeking more natural-looking results rather than drastic changes such as duck lips and over-filled cheeks. “Through the 2020s, I think we’re going to see the pendulum continue to shift in that direction, more toward preventative and cumulative treatments, toward conservative treatments that can be done in repeat over time as opposed to more dramatic changes at a single moment in time.”

To maintain professional results at home, Humphrey says there’s room for skin-care brands to offer more evidence-based cosmeceuticals at a mid and lower price point. “Brands like La Roche-Posay and Vichy, both under the L’Oreal umbrella, are active dermal cosmetics but are more accessible to the general population and still have good science behind them. I think we’re going to see really significant growth in that particular category.” She’s also optimistic that more research will be done on botanical-based skin care, a market segment that’s been growing rapidly because of consumer demand. “We know particularly in millennials and Gen Z that social consciousness is a top priority,” she adds.

As it did over the past decade, speeding up both product discovery and fatigue, social media will continue to influence the fashion trend cycle in the 2020s, says Federico Barassi, senior director of menswear buying at Ssense. “It will be interesting to see how brands and the fashion industry as a whole will continue to evolve and react to the continuous feedback,” he says. Trend wise, he forecasts a shift to more formal wardrobing as the millennial cohort enters middle age. “Streetwear had a big impact on the 2010s, but as millennials are maturing, we’re seeing more interest in elevated looks like suiting and formal footwear,” he says. “I don’t see streetwear entirely going away, but I see more of a merging of styles, especially for young people.” Of new technologies such as 3-D printing and virtual clothing design, Barassi says he’s already witnessing exciting new developments, particularly in sneakers, as brands begin to explore how to integrate these cutting-edge technologies.

Alongside high-tech advances, “physical experiences, whether through brick-and-mortar stores or events, will continue to be important for brands to build and engage directly with their communities,” Barassi says, adding that a combination of digital and physical retailing gives customers the option to shop how they want. For digitally native brands such as Ssense, opening a retail store can spark what is known as the “halo effect,” whereby adding that physical space results in an average of a 37 per cent increase in web traffic, according to a 2019 report by the International Council of Shopping Centers.

Looking back to 2010, which also happens to be the year I started my career as an intern at Flare magazine, it’s pretty unbelievable how much the fashion and beauty worlds have evolved. This decade was truly one of disruption (pardon the overused term) and of a global transition that I don’t think is complete yet. As Generation Z enters adulthood, it’s clear that we’re in for even more consumer-driven change, something that, given their already demonstrable social values, I hope will lead to more action in these culturally influential industries. Waking up to systemic injustices was the first step. Now, it’s time to tackle that to-do list and make real, measurable change become the norm. I’m hoping that by 2030 we’ll see gender equality at all levels, environmental sustainability from product development to retail, and inclusion of all races, abilities, orientations, ages and income levels. 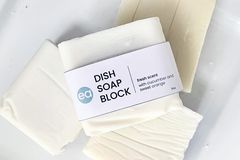 The gift of scent: A fragrance gift set will create memories long after the holiday rush Subscriber content
December 16, 2019 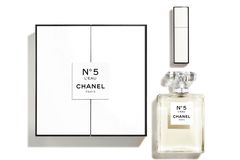