“I always wanted my cameras to move in a cinematic way,” Bruce Talamon says of the photographic narratives showcased in his new book Bruce W. Talamon: Soul. R&B. Funk. Photographs 1972-1982. The volume features 300 previously unseen images from his extensive archive of the golden age of those musical genres, including candid off-stage moments that form a visual record of the era. As Nathalie Atkinson learns while speaking with Talamon, the shots are as much a cultural chronicle as a sartorial one. The music was the message, but so was the look.

Behind every great man, there’s a great tailor, and legendary costume designer Bill Whitten defined the style of the era’s stars. His inventive designs included decorative embroidery, beading or metal sequins on peacock suiting for everyone from Neil Diamond to the Commodores. “If you’re going to talk about music and image you have to have the guy who came up with all the costumes,” says Talamon. “He’s like the man behind the curtain in The Wizard of Oz, but in a good way! He had a wonderful little studio called Workroom 27 where he did all the clothes for Earth Wind and Fire, all Michael Jackson’s costuming – including the iconic glove. It’s an intimate thing to watch, that persona creation in action.”

Outspoken in lyrics about the Vietnam War, Gaye represented a new wave of social consciousness. Aviator sunglasses, facial hair and knitted beanies are commonplace now, but the casual everyman look signalled his rebellion against the cleancut 1960s Motown aesthetic. “He often had a plain turtleneck on but he also had a wild plaid suit, always with his signature watch cap. There was just a style,” says Talamon. “These were men who were willing to stand up for something … they were not flirting with the ladies, they were talking about how they could free Nelson Mandela through song or organized protest.”

In filling in the blanks of popular culture, it was just as important for Talamon’s book to capture behind-the-scenes, off-duty moments that place subjects on an equal plane with established men’s-wear icons like Steve McQueen. “Back then, these artists knew the power of their position and were not worried about their ‘brand’ getting destroyed,” says Talamon. "And people don’t understand that it’s not all just being fabulous. It’s being in the back of a goddamn limo without your makeup on … and you gotta rehearse up in Oakland for a performance that night.”

“I had to convince my editors that if you’re going to do a book on R&B and soul and funk music, you’ve got to include the man who brought dance and black music and style to America every Saturday," says Talamon. That man was Don Cornelius, the founder of Soul Train, which blazed the trail for bringing this sound and its artists into American homes via television. James Brown stood out for his vast wardrobe of jumpsuits. “He’d have six in different colours like tangerine, ruby red, green, canary yellow, black and teal. It was something. There was a certain flair.”

Isaac Hayes At The Wattstax Festival (1972)

Talamon had the temerity to get right onstage and found himself shooting for Soul and Ebony. ''[This photo] was my first R&B shot and it was never published until now,'' he says. “Unfortunately, the white photographers stayed away from a lot of these acts,” he continues. “Of course, they photographed the Jackson 5 and Stevie Wonder. But they didn’t photograph the Dramatics, the Main Ingredient, Bloodstone, Blue Magic, Undisputed Truth, the Whispers, Harold Melville and the Blue Notes. Because they weren’t going to be able to sell that photograph to Rolling Stone or Circus or Creem. And they didn’t come out and photograph Isaac Hayes. And he had won a goddamn Academy Award!”

Visit tgam.ca/newsletters to sign up for the Globe Style e-newsletter, your weekly digital guide to the players and trends influencing fashion, design and entertaining, plus shopping tips and inspiration for living well. And follow Globe Style on Instagram @globestyle.

Artists and museum supporters get together for splashy soirées in Montreal, Toronto Subscriber content
October 9, 2018 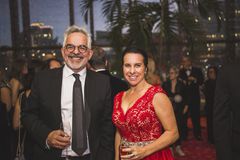 What do you do when your favourite beauty product is discontinued?
October 7, 2018 Get ready for colder weather with our fall fashion guide Subscriber content
November 4, 2018 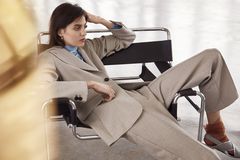