When Dr. Charlene Senn, a psychologist and sexual-assault researcher at Ontario's University of Windsor, read about the allegations against Hollywood producer Harvey Weinstein, she recognized the classic characteristics with a sense of weariness: the private room, the man of acquaintance. The cajoling, bargaining perpetrator. The victims, casting for the easiest way out, who demurred and distracted.

It's not unlike a first-year freshman who goes to study in a fellow student's dorm room and finds he has other things on his mind – a common scenario addressed in the rape-reduction program that Senn and her colleagues have developed.

"Almost every one of those stories showed us vividly how many obstacles there are for women facing that situation," says Senn. "You're thinking: How is this happening? How am I going to get out of this safely? How am I going to preserve the relationship?"

Instead, there's convincing evidence that being nice doesn't work: Women who fight back are more likely to stop a sexual assault, which is why the University of Windsor program teaches first-year university students to watch for danger, and yell, kick and punch if they need to.

The program, officially called the Enhanced Assess, Acknowledge, Act Education Program or the EAAA, recently published its two-year findings in Psychology of Women Quarterly. For the study, researchers recruited nearly 900 first-year female students at three Canadian universities. They were randomly selected into two groups – half participated in the program, which included four three-hour group sessions, or 12 hours in all. The other half received a brochure about sexual assault, like those given out at university health centres. Both groups of women were regularly surveyed over 24 months.

The first-year findings were unprecedented – the incidence of rape, for instance, was reduced by 46 per cent. (In actual numbers, 42 rapes were reported by women in the control group at 12 months, compared to 23 among those who received the program.) The number of attempted rapes among participants was 15, compared to 40 among those in the control group. Women who participated in the program were also much more likely to use force to defend themselves.

Overall at two years, surveys from participants showed that the lessons learned were still making a difference. In particular, the study says that the reported incidence of attempted rapes was reduced by almost two-thirds. (In actual numbers, this works out to 20 reported incidents by participants versus 53 among the control group.) Researchers categorized the level of assault based on experiences described by the women in surveys.

But typical of similar programs, the effects generally diminished over time, and in the case of completed rapes the benefits had disappeared by the end of the study – something which Senn admits requires a closer look. At two years, the overall reduction for completed rapes had fallen to 30 per cent, with 33 reported incidents among participants versus 48 in the control group. Senn speculates that this may be because women, in later years, are more likely to have serious boyfriends. Since participants choose the scenarios they want to practise, that's often not a relationship dynamic covered fully in the program.

Even so, the work out of the University of Windsor has produced significant results compared to other programs designed to target sexual assault. The findings suggest that teaching women tools to protect themselves is a highly effective approach, especially among students in first-year university, a time when research has found that the risk of experiencing an assault is highest.

The program covered more than old-school self-defence training and, rather than strangers leaping from bushes, it focused on the fact that most assaults will happen with men who women know, and often like, making victims more likely to try to reason their way to safety, rather than defend themselves with more effective, forceful tactics. The program also deals with the definition of consent, discusses positive attitudes about sex and addresses society's pattern of victim-blaming. In the first session, for instance, participants are told that while alcohol is a risk factor, no amount of drinking on their part makes them responsible for an assault – and that, however they choose to respond in the moment, an attack isn't their fault.

Still, since the first-year results were published in the New England Journal of Medicine in 2015, showing that the program successfully reduced assaults, Senn has heard a fair share of criticism. That the program puts responsibility on women to change their behaviour. (What the program does, she responds, is give women the tools and education to act on their own behalf.) Or that it only protects the women who receive it, allowing the man to move on to another victim. (Her answer: Are we really to think that a young man who ends up with a broken bone won't learn anything from that experience?) Or that we should focus on bystander training and changing culture. But evidence supporting bystander work is patchy – one issue is that the vast majority of assaults occur when no else is around. And change, as anyone can clearly see, is slow coming.

The rape-resistance program is slowly rolling out at universities in Canada and the United States, with the research on its effects continuing. A school board in New Zealand is now piloting it, where it can be offered to young women who may not go to college and university – an important gap since many assaults occur when the victims are teenagers.

Ultimately, as Senn says, sexual assault is a complex problem that needs to be tackled from many sides. Bystander programs may make a difference, eventually. A wave of women bravely tweeting their #metoo stories helps female victims feel less isolated and keeps the conversation going. A little celebrity never hurts. And of course, there's an important role for men to speak up about sexual assault.

But meanwhile, Senn pointedly observes, "We still have a situation where women are facing this tonight."

To help them, her work shows that the script calls for an empowered female hero: a young woman trained to understand her rights, to be alert to danger and who knows that when push comes to shove, she has the right, and the strength, to #shoveback. 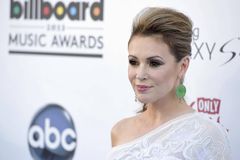 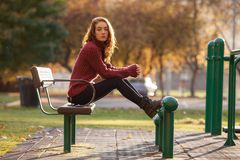 Students take sexual violence policies into their own hands
October 18, 2017 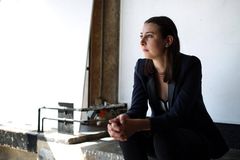