Where can I blow my visitors' minds with Canada's best wildlife?

From salmon-scoffing grizzlies in B.C.'s Desolation Sound to tree-climbing porcupines in Ontario's Georgian Bay Islands National Park, I've been wide-eyed at Canada's animal wonders since moving from Britain in the 1990s. Wildlife watching over there mostly involves hedgehogs and pigeons, so it's no surprise Brits fall so heavily for our menagerie of photogenic fauna.

Camera at the ready, my suggestions for where to send your critter-loving visitors start with the Rockies, which often feels like a drive-through safari park. Weaving north from Banff National Park to Jasper National Park via the mountain-flanked Icefields Parkway, they can expect to see bighorn sheep on clifftop promontories and roadside black bears snuffling for berries.

I'd recommend staying longer in quieter Jasper where the animals – including elk strolling around like they own the place – are closer to town. Drive to Maligne Lake for moose, mule deer and black bears, while the Lake Edith area can add whitetail deer and coyotes. Bird life is also abundant with eagles and ospreys so common drivers soon become blasé. Make sure your visitors know to stay in their car if they spot a bear. And since "wildlife-viewing jams" are a common problem, they should keep an eye on other cars as much as wandering animals. Alternatively, they could book a guided tour: Jasper Tour Company (jaspertourcompany.com) minibuses cover several viewing areas with wolves a rare but celebrated sight.

But bears don't only hangout in the west. A plane or train trip to Churchill, Man., delivers wandering polar bears in October and November, while from June to August, the same Hudson's Bay region is home to around 3,000 beluga whales: See Lazy Bear Lodge (lazybearlodge.com) for bear or beluga tours, including memorable kayaking and snorkelling trips with the latter.

Along with bears and whales, moose are a big lure for wildlife-watchers from overseas. If your visitors are active they should consider a guided "moose safari" canoeing trip in Ontario's Algonquin Provincial Park. Operators including Call of the Wild (call-wild.com) and Voyageur Quest Outfitting (voyageuroutfitting.com) will get them on the water for some camera close-ups.

If they're serious birders, they might also want to hook up with the Ontario bird-watching community via Birding Pal (birdingpal.org/ontario), which can match you with a local with similar interests for a tour of twitching hot spots. And they should not miss Point Pelee National Park: Known as the Warbler Capital of Canada, it's one of

Ontario's best birdwatching locations and has recorded viewings of more than 380 species.

Back to the East, where birders should flock to Newfoundland's four-island Witless Bay Ecological Reserve as well as Cape St. Mary's Ecological Reserve. The first – housing North America's largest puffin colony – is accessed by boat, while the latter's gannets, kittiwakes and razorbills can easily be viewed from land, a two-hour drive from St. John's.

Not surprisingly, many wildlife experiences are jam-packed in summer, which is why more remote regions such as Nunavut lure off-the-beaten-path eco fans. It's not cheap to visit, but the pristine wilderness – there are 11 bird sanctuaries here, for example – entice those aiming to commune with nature rather than other tourists. Operators including Frontiers North Adventures (frontiersnorth.com) and Peter's Outfitting and Expediting Services (kilabukoutfitting.com) can tour visitors through the region.

Alongside the abundant, camera-hogging bird life, there's a host of Canadian wilderness superstars to encounter including narwhals, muskox, caribou and polar bears. It's a once-in-a-lifetime experience few nature-hugging visitors will forget.

NEXT WEEK: Where can one of our readers enjoy the perfect pint of Guinness in Dublin? Send your suggestion to concierge@globeandmail.com. 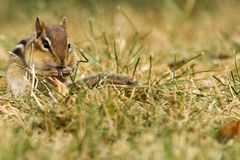 What's the best way to see grizzly bears and the Rockies in one trip?
May 2, 2018 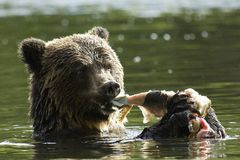