From a crevice on the ocean floor, the prehistoric-looking face of a wolf eel emerges from the darkness, all bulging eyes and warts bobbing toward the camera.

Most divers off the coast of British Columbia consider an encounter with these puckered creatures one of the highlights of plying the waters off the West Coast of Canada. I've heard them called the "puppies" of the sea, described as among the friendliest creatures to be encountered in the wild, eager to cuddle at popular dive sites where they have become accustomed to visitors from above the surface.

But while I'm pretty convinced I should add scuba diving to my list of things to do before I die, I'm less convinced I want to come face-to-face with the ugly mug in the video, several metres under the surface of the sea while I'm breathing from a tank of oxygen.

"They look mean, they look ugly but, just as long as you're careful, you can actually go and touch them, they will snuggle with you," says Paul Kennell, creator of CoolDives.com, a website dedicated to diving off the B.C. coast.

"They're funny looking things but they're pretty gentle, generally."

I'll have to take his word for that.

Mr. Kennell, 47, of White Rock, B.C., has explored oceans around the world in his 15 years of diving but reserves his best reviews for his home waters. The tropics are warmer, he says, "but the diving is also nowhere near as exciting."

Lore has it that famed underwater explorer Jacques Cousteau proclaimed the waters off the coast of British Columbia the best cold-water diving in the world. Scuba Diving Magazine readers chose B.C. the No. 1 diving site in North America last year.

"The diving around B.C. is amongst the best in the world," agrees Greg Dombowsky, curator of Dive.BC.ca and author of the Divers Guide: Vancouver Island South.

The 46 year-old from Victoria, a diver for 20 years, says winter is actually the best time for visibility in the north Pacific but exploring the Pacific Ocean is a year-round possibility.

The waters off the B.C. coast boast the giant Pacific octopus, the biggest sea stars and forests of giant sponges. Under the surface, the water teems with a rainbow of life, including anemones, sea cucumbers and coral.

"There isn't a square inch of rock that you can touch that doesn't have colour on it," Mr. Kennell says.

The waters off Port Hardy, on northern Vancouver Island, are ranked at the top by most divers for their lush and diverse ecology. In particular, the Browning Wall, with its colourful, cold-water bouquet of marine life, is considered one of the best wall dives around.

In the ocean off Nanaimo, sunken ships beckon from the ocean floor, some of them historic shipwrecks and others sunk as artificial reefs. Popular wreck dives include a Second World War supply ship and a Boeing 737 jet.

Saanich Inlet near Victoria is one spot where experienced divers can find a giant sponge forest that draws divers from around the world.

"There are some sponges over in Saanich Inlet … that are centuries old and it's one of the only places in the world to see these sponges," Mr. Kennell says.

Also near Victoria, Race Rocks Ecological Reserve is a popular dive, thanks not only for the creatures that live under the water but for the sea lions and harbour seals known to get up close and curious with divers.

Mr. Leichnitz says Whytecliff Park, near Vancouver, is where he does a lot of his training. He also likes Porteau Cove in Howe Sound, but wherever divers choose to dip into the cool waters, they should go with local professionals, he adds.

"A guided tour under the supervision of a dive master or an instructor not only keeps the tourist out of trouble but we can bring them to the good stuff."

And if you don't have your diving certification - required for any diving in Canada - there's always the Pacific Undersea Gardens in Victoria, which takes visitors five metres under the sea where they can get a look at Pacific marine life from the underwater glass observatory, and watch as divers feed a giant Pacific octopus named Armstrong.

Not a water fan at all? On the mainland, the Vancouver Aquarium offers visitors a full array of underwater life, including shows with its baby beluga whales and sea lions.

Catch big air in a small plastic boat on B.C.'s Skookumchuck Rapids
This North Van hotel is more like a seaside resort 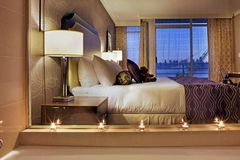 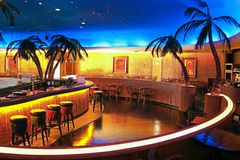