British Columbia's Auditor-General plans to meet with the minister in charge of government advertising soon to figure out why the budget for such taxpayer-funded publicity often swings wildly from year to year and appears to spike in years before voters head to the polls.

Carol Bellringer says she's looking forward to meeting with Andrew Wilkinson, the minister in charge of government advertising, some time in the next two weeks to discuss why spending on government ads has appeared to climb significantly ahead of each of the past three provincial elections, before free-falling the year or two following the vote.

For example, data compiled by the government shows in the 2010-11 fiscal year, B.C. spent $15-million on such ads, but the bill increased to more than $30-million in each of the next two years, according to data released by the province. There was a provincial election in 2013. The following year, ad spending fell to $7-million.

There was a similar increase in the lead-up to the 2009 election, when ad spending hit $28-million in the 2008-09 fiscal year, an increase of more than 50 per cent from a year earlier. Spending fell to just $3.6-million the following year.

And in the current year, despite only budgeting $8.5-million, the province expects to spend about $16-million in the current fiscal year, which ends March 31.

Government ad spending faced renewed scrutiny last week after a pair of Vancouver lawyers launched a lawsuit against the provincial government, on behalf of its citizens, in an attempt to stop the government's pre-election advertising, which their lawsuit alleges unfairly benefits the incumbent Liberal party.

The proposed class-action suit, filed in B.C. Supreme Court, seeks to force the BC Liberals to pay taxpayers back some of the money spent in the past year.

Mr. Wilkinson, a Vancouver MLA and also Minister of Advanced Education, was unavailable to comment on the apparent spikes in election spending, but a spokesperson sent a statement noting ad budgets contrast and expand depending on matters of public interest that arise.

"Over the course of the year, programs and services may be developed or expanded as additional important priorities emerge," the statement said.

Mr. Wilkinson previously told The Globe that each government ad is vetted by ministry staff, who ensure that it is fact-based, refers to a program requiring participation from the public and is non-partisan.

"Like so many things, the proof is in the pudding of what the public actually see on TV," he said. "I don't apologize for informing people about programs that they have funded with their tax dollars."

He has dismissed the lawsuit as a pre-election political stunt and said his office has created new policies surrounding these ads following recommendations made by the Office of the Auditor-General in 2014.

The Auditor-General said the ministry's policies may have changed, but there is no process in place that allows an independent third party to parse ads for partisanship.

"Can our office go in and take a look if we choose to? Absolutely. At the moment, would it be the highest thing on my list of priorities? No, it would not," said Ms. Bellringer. "I know that isn't very satisfying to somebody's who is disturbed by it, but it does take more than just taking a look at one ad and saying, 'Oh, yes, that ad crosses the line.'"

She said a full audit would take months to complete, so she is looking forward to discussing the matter with the minister. 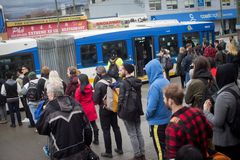 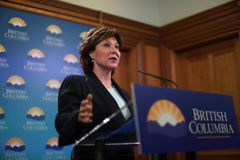