A Vancouver man with Type 1 diabetes is the first Canadian to receive an experimental stem-cell therapy aimed at restoring the body's ability to produce insulin, researchers at the University of British Columbia announced Tuesday.

Last month, the patient had three wafer-thin packets of cells implanted under the skin of his abdomen, each about half the size of a business card. A San Diego biotechnology company called ViaCyte is testing the new therapy in about 40 patients at centres in the United States and Canada, including Vancouver and Edmonton. Researchers will monitor these patients over the next two years to see if the chemically engineered stem cells produce insulin – the blood-sugar-regulating hormone that individuals with Type 1 diabetes must inject four to eight times a day to stay alive.

If the human trial yields similar results, the new therapy could lead to the "potential reversal" of Type 1 diabetes, said Dr. David Thompson, principal investigator of the trial's Vancouver arm and medical director of the Vancouver General Hospital Diabetes Centre. "This is basically what everybody has been waiting for."

But the approach remains untested in humans, and carries risks.

To keep the body's immune system from attacking the cell packets, patients in the trial must take the same drugs used to prevent rejection of a transplanted organ, such as a heart or kidney. Immunosuppression increases the risk of infection, and after about five years on the drugs, patients face a higher cancer risk.

To balance the risks with the potential benefits, researchers recruited only patients at higher risk of complications from Type 1 diabetes, an autoimmune disorder that destroys the pancreas's ability to produce insulin, affecting about 300,000 Canadians. Lack of insulin causes a dangerous increase in blood sugar, which can lead to blindness, heart attack, stroke, nerve damage and kidney failure.

The 40-year-old Vancouver patient, Joshua Robertson, was a candidate for the new therapy because he rarely experiences the shaking, sweating and other warning signs of a sudden drop in blood sugar, which can cause seizures or loss of consciousness. "That's the kind of thing that makes me nervous about driving my children," said Mr. Robertson, diagnosed at age 30, or "being on my own."

Dr. Garth Warnock, a UBC professor of surgery and co-investigator in the trial, described the stem-cell transplant surgery as "minimally invasive," similar to a hernia repair. But instead of one night in the hospital and Tylenol 3s to manage pain, Mr. Robertson spent four nights under observation because of immunosuppression side effects, including chills and a rise in heart rate and blood pressure. He took an opioid painkiller called hydromorphone for a week to reduce the "intense burning" sensation of the stem-cell packets, which he can still feel under the compression garments he wears to help them settle into the tissues under the skin.

Nevertheless, Mr. Robertson said the experimental therapy will be worth the discomfort if the trial brings researchers closer to a diabetes cure. "I lived for 30 years without [Type 1 diabetes], and 10 years with it," he said. "I'd like to get back to normal."

The surgery, conducted under general anesthesia, is similar to transplanting clusters of pancreatic cells from deceased donors. But donor cells are in short supply, whereas stem cells can be grown in a lab from ethically sourced embryonic cell lines. The stem cells go through four steps of biochemistry in the lab before they are implanted in patients. Blood vessels penetrate the cell packets, providing oxygen and other nutrients as the stem cells mature.

Engineers are working on a packet design that would eliminate the need for immunosuppression, Dr. Thompson said. The idea is to develop a membrane "that's permeable enough to everything except the immune system."

But even with packets designed to prevent rejection, there's still a chance the body would attack the new cells because of the autoimmune nature of Type 1 diabetes, Dr. Warnock said: "That problem could resurface in these cells."

In the short term, the mark of this trial's success will be "if these cells produce insulin in humans," Dr. Thompson said. In rodents, chemically engineered stem cells took two to eight months to start releasing insulin. The maturation time may be sooner or later in humans, he said, adding, "now is the waiting game."

Got a news tip that you'd like us to look into? E-mail us at tips@globeandmail.com  Need to share documents securely? Reach out via SecureDrop

Is chronic mouthwash use endangering your beneficial bacteria? 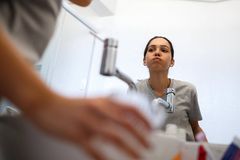 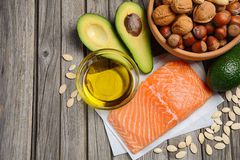 Study suggests exercise may change gut bacteria composition
Follow Adriana Barton on Twitter @AdrianaBarton
Report an error Editorial code of conduct
Due to technical reasons, we have temporarily removed commenting from our articles. We hope to have this fixed soon. Thank you for your patience. If you are looking to give feedback on our new site, please send it along to feedback@globeandmail.com. If you want to write a letter to the editor, please forward to letters@globeandmail.com.
Comments are closed