A lawyer for tenants in a single-room occupancy hotel in Vancouver's Downtown Eastside said he will ask a judge to overturn an eviction order from the City of Vancouver, whose engineers concluded the building is severely compromised by water damage and rot.

The future of the Balmoral Hotel and its roughly 150 tenants has become a flashpoint over living conditions and city regulation in the Downtown Eastside, where many residents on social assistance live in such single-room buildings, also known as SROs.

The order issued on Friday gives tenants 10 days to leave, and lawyer Jason Gratl said he will file his application on the deadline of June 12.

Mr. Gratl, who also represents the tenants in a class-action lawsuit against the building's owners, said that while conditions at the Balmoral are dire, living on the street or in a shelter could be worse.

"We'll seek to set aside the notice to vacate, on an interim basis," Mr. Gratl said on Friday. "Or alternatively, require the [owners] and the city to pay for alternative accommodations. Mats on a gym floor is not going to cut it."

Engineers determined the Balmoral was at "imminent risk" and damaged by water and rot.

It pointed out, however, that the owners have the legal responsibility to support tenants with relocation under the Residential Tenancy Act.

"There is no vacancy rate," said Gordon Wiebe, who works with Community Builders Network, a non-profit that operates several SROs that account for about 500 rooms. "Every time a room comes up, it's filled."

He works with other agencies, including Vancouver's Downtown Community Court and the Carnegie Community Centre outreach team, to help connect people with housing.

According to court records filed in a 2016 class-action lawsuit, the Balmoral is owned by Parkash Sahota, Pal Sahota, Gurdyal Sahota and Kirin Sahota. The Sahota family owns several SROs in the neighbourhood.

Paul Mochrie, Vancouver's deputy city manager, told a news conference that the Balmoral has long been a concern over its condition, as well as inaction from its owners. He called the Balmoral "one of the worst" SROs in the city because of its unresolved deficiencies, lack of oversight and use of unqualified contractors.

When asked why the city had not taken stricter action against the Balmoral, Mr. Mochrie said the city, the fire department, and the police department have invested considerable time in the building, particularly over the past couple of years.

He said the city is using all of the available tools to ensure the repairs are completed and a prosecutor is considering charges against the owners.

Mr. Mochrie said the building being deemed unsafe for occupancy "is a point that we have reached that we have not reached before."

The fact that the building is privately owned, he said, also presents difficulties.

"There is a concern about pouring taxpayer money into a private asset simply to shore up, essentially, negligence on the part of a private owner," he said.

Two class-action suits were launched last year, one related to the Balmoral Hotel and the other to the nearby Regent Hotel.

Documents filed in both cases say the city has failed to enforce its own bylaws and ignored a raft of problems ranging from faulty plumbing to rats and garbage.

In March, B.C. Supreme Court Justice Heather MacNaughton ruled her court had jurisdiction to hear the Regent case, confirming her oral decision in January that the Supreme Court could rule on matters related to the Residential Tenancy Act. The Sahotas had argued the complaint fell under the exclusive jurisdiction of the Residential Tenancy Branch.

The Court of Appeal is scheduled to hear that appeal on June 8.

In the meantime, Balmoral tenants may be looking for rooms to rent in a tight market.

"If tenants have an opportunity available to them, more power to them," Mr. Gratl said. "I wouldn't recommend anybody stay at the Balmoral unless the alternative is homelessness." 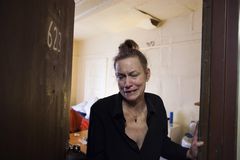 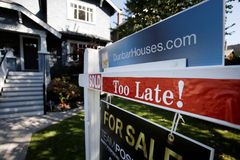 False Creek is Vancouver’s ‘next generation of building’
May 28, 2017
Follow Wendy Stueck and Sunny Dhillon on Twitter @wendy_stueck @TheSunnyDhillon
Report an error Editorial code of conduct
Due to technical reasons, we have temporarily removed commenting from our articles. We hope to have this fixed soon. Thank you for your patience. If you are looking to give feedback on our new site, please send it along to feedback@globeandmail.com. If you want to write a letter to the editor, please forward to letters@globeandmail.com.
Comments