More than 300,000 newcomers arrived in Canada in the past year, the highest number since modern record-keeping began, new estimates show.

In the past year to July, 320,932 immigrants landed in the country, the largest annual number since at least July, 1971, when comparable records started, Statistics Canada said in its annual population count. That is a 33.3-per-cent increase over the prior year, when 240,844 immigrants came to Canada, the fastest growth in nearly three decades.

The arrival of Syrian refugees, which began in November, 2015, partly explains the increase. At last count, Canada had welcomed 30,862 refugees, with thousands more still to be processed (Statscan's count includes Syrian refugees in its broader category of immigrants).

Immigration Minister John McCallum has recently said he wants to boost immigration levels in the coming years to help alleviate the demographic challenges of an aging population.

Though earlier data are not strictly comparable, the increase in immigration numbers appears to be the largest in more than a century. "The country had not received such a large number of immigrants in a single annual period since the early 1910s during the settlement of Western Canada," Statscan said.

In total, the country's population rose 1.2 per cent in the year, to 36.3 million people, according to the preliminary estimates. That amounted to an increase of 437,815 people – the biggest gain, in absolute numbers, since 1988-89.

In the three Atlantic provinces – where economic challenges from an aging population are most acute – net international migration "was roughly double recent levels" in the 2015-16 period, Statscan said.

A growing share of new immigrants is settling in the Prairies. In the past year, 27.9 per cent of them settled in one of the three Prairie provinces, the highest share since at least 1971. Ontario still received the largest share of newcomers, at 37.3 per cent.

Canada received higher numbers of immigrants in 1911, 1912 and 1913, Statscan said, though those numbers "are not fully comparable with today's estimates" as data from the 1910s were not produced using the same methodology.

The government's 2016 immigration plan had a target of about 300,000 immigrants, an acceleration from prior years.

Mr. McCallum has said he wants to "substantially increase" the number of new immigrants, and that Canadians support higher levels. However, the federal government's own internal polling has shown that most Canadians are satisfied with current levels (which, at the time of the poll, were around 250,000).

In a Nanos Research survey conducted for The Globe and Mail in August, 39 per cent of respondents said the government should accept fewer immigrants in 2017 than in the previous year. Thirty-seven per cent said the country should receive the same amount in 2017, while 16 per cent said the target should be increased.

The federal government will release its 2017 immigration targets in November.

A marked shift in Canadian demographics

Statistics Canada is reporting a number of record-setting changes in the population, including the highest immigration levels in recent history, as well as more signs of an aging population – though the agency cautions that its methods for counting people have changed over time. Here are some highlights:

1. A record number of Canadians – six million  – were at least 65 years of age as of July 1, compared with 5.8 million children. By comparison, in 1986, there were twice as many children as people who were 65 and older.

2. Manitoba's population boomed by 22,147 in the past year, its strongest growth since comparable record-keeping began in 1971.

3. More newcomers are prairie-bound. In the past year, 27.9 per cent of immigrants settled in the region. The share of immigrants who settled in Quebec and Ontario, meanwhile, hit its lowest level, at 54.4 per cent.

4. Alberta ranked No. 2 as a destination for arriving new Canadians for the first time in recent history, receiving 57,384 people. Ontario has typically topped the list, while the second place spot had always been held by either Quebec or British Columbia.

6. Across Canada, 320,932 people landed in the country in 2015-16, the largest annual number in a single annual period "since the early 1910s, during the settlement of Western Canada." 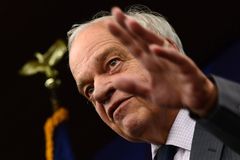 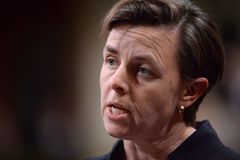 Canadians want to boost immigration, McCallum says after consultations
May 17, 2018 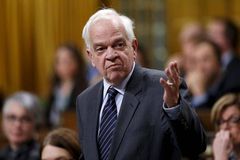