When pastor Andrew Allison arrived at St. Paul's Leaskdale more than 20 years ago, the shrinking congregation had begun to plan for the parish's demise. In five years, they would be selling the land, and in 10 years, the church would be closed.

But Rev. Allison asked if they would be open to trying some new things and today, the community is one of the fortunate mainline Protestant churches that can boast a growing congregation. Weekly services at the Ontario Presbyterian parish regularly attract between 400 and 500 people, Rev. Allison said.

On Sundays, the pastor and his flock dress in casual clothes and worship with the help of drums and guitars rather than the old church organ. The massive gym built to cater to young families is packed with children, and couples in their 20s and 30s make up a growing segment of the congregation.

What St. Paul's has in common with many other growing churches is that it takes what scholars describe as a more conservative approach to the Bible.

Conservative in this context is defined as taking a more literal interpretation of scripture and a greater openness to the idea that God intervenes in the world.

For years, scholars have tended to view the decline in religious attendance in the mainline Protestant churches as being unrelated to theology. But researchers David Haskell of Wilfrid Laurier University and his colleagues Kevin Flatt and Stephanie Burgoyne say that is not the case. The churches that grow tend to be those that adhere to conservative theology, the researchers say.

"What we found is that the conservative theological positioning of clergy and attendees is a significant predictor of numerical church growth," Prof. Haskell said.

The researchers surveyed pastors and congregants in mainline Protestant churches in Southern Ontario – Anglicans, Presbyterians, Evangelical Lutherans and the United Church. They separated those churches into those in decline and those whose attendance has grown more than 2 per cent a year for 10 years.

Those in the growing churches are significantly more likely than those at the ones in decline to agree with statements such as "Jesus rose from the dead with a real, flesh-and-blood body leaving behind an empty tomb," and "God performs miracles in answer to prayer." They're also more likely to pray and read the Bible daily, the researchers found.

Another interesting finding is the growing churches tend to innovate in the service. They are more likely to feature contemporary worship, with music that includes drums and guitars, while declining parishes often had the traditional organ and choir.

"These mainline churches that have conservative Protestant doctrine are like a peach: really easy to get into. They're playing contemporary music, it's family friendly, the pastor dresses in casual clothes, but there's a hard core at the centre," Prof. Haskell said. "The declining churches were more like a coconut. From the outside hard to access, and then once you were in, there really wasn't anything in the middle. This is the impression we got from the criticisms of people who had left."

Congregants at growing churches, frequently referred to their mission as evangelism.

Members of declining churches more often said their mission was the pursuit of social justice. Congregants tended to be about two-thirds over the age of 60 and their leaders tended to be slightly older than those of the growing churches.

Only 50 per cent of pastors in declining parishes agreed that it was very important to encourage non-Christians to become Christians, compared with 100 per cent among the growing churches.

Trying to explain why, in an increasingly secular society, some congregations grow and others shrink, is of importance to these groups. Attendance at most of the mainline churches has dropped by half since a peak in the mid-1960s, while the Canadian population has doubled, Prof. Haskell said.

Those that are growing seem to have success attracting adherents with a mix of evangelism and openness.

"When one's doctrine reinforces a fairly literal interpretation of the Bible – and you take scripture like, 'Go into all the world and make disciples'fairly literally, you're going to be more inclined and motivated to use any number of innovative strategies to make the faith accessible," Prof. Haskell said. 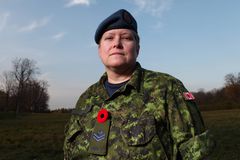