Masuma Khan, the Dalhousie student at the centre of a controversy over how the university has handled a complaint about Facebook comments she made condemning Canada 150 celebrations, says the backlash she has experienced will not stop her speaking out.

"I am feeling anger, sadness, feeling oppression, feeling violence, as well as feeling hopeful with the amount of supports I am getting," Ms. Khan said on Monday. "But it's hard not to worry and hard for my parents not to worry."

Ms. Khan will be facing a university disciplinary tribunal on Nov. 27 for a Facebook post in which she used profanity and denounced what she saw as the erasure of Indigenous history from celebrations of the 150th anniversary of Canada's Confederation. Since she went public with her case last week, Ms. Khan has attracted support from across the campus but has also received violent, misogynist and racist posts on social media and e-mail.

"I don't regret coming forward. … I regret the messages that people who know me are getting and I am sorry if people who look like me get nasty messages," she said, adding that she was thankful for those who stood up for her on social media.

"I really appreciate these warriors," she said.

Her comments came on a day when the university found itself weathering increasing criticism from various faculty members in a case that is uniting anti-racism activists and free-speech advocates against what they see as an unjust process that exposes a lack of understanding about the lived experiences of students of colour.

Ms. Khan also rejected a university statement on Monday which said that a decision in the case has not yet been made.

The Dalhousie statement said that it was holding a disciplinary hearing because Ms. Khan would not agree to an informal resolution.

"That informal offer included me apologizing for feeling the way I feel about racism; it's not a restorative way," she said.

In August, Ms. Khan was told in a letter that Arig al Shaibah, the vice-provost of student affairs, had concluded Ms. Khan violated a provision of the code of student conduct that prohibits engaging in "unwelcome" or "persistent" conduct that makes another person feel "demeaned, intimidated or harassed."

"I find that the Respondent ought to have reasonably known that their conduct could have caused others to feel demeaned," the letter signed by Dr. al Shaibah said.

"Therefore, I have determined that there is sufficient evidence to support a finding that the Respondent violated [this] section of the Code."

The offending Facebook post began with the words "At this point, f*** you all" and ended with "#whitefragilitycankissmyass." Students complained to the Dalhousie Student Union, where Ms. Khan is a vice-president, and to the university. One of the complaints – which argued that the message was discriminatory against "white people who celebrate Canada Day" – was taken up by Dr. al Shaibah's office.

The investigation found that Ms. Khan did not target white people.

If she wanted the complaint to be resolved informally, Ms. Khan was told she could attend leadership and coalition-building seminars and write a letter reflecting on the experience.

When students accept informal resolutions, complaints are "resolved without a finding and without disciplinary action," the university said in response to questions from The Globe and Mail on Monday.

Ms. Khan has said she would rather fight the complaint in a formal disciplinary process.

More than two dozen law faculty at Dalhousie released a letter on Monday asking the university to protect political speech. "While our constitutional order offers protection to many kinds of speech, none is more valued and protected than political speech," the letter to the university's Senate states.

The law professors who drafted and signed the letter stepped forward because they felt the most fundamental right of a democracy was threatened, said Jocelyn Downie, one of the signatories.

"As members of a law school, we have a special responsibility to speak up about the importance of ensuring that all institutions act in accordance with the legal values reflected in the Canadian Charter of Rights and Freedoms and human-rights legislation," Prof. Downie said in an e-mail interview.

Ms. Khan's case has made it clear that the code of conduct needs to be revised, she added. It "is apparent that it should be reviewed to ensure that it does not permit the Senate disciplinary process to be used to police and censor the tone of political speech at Dalhousie," Prof. Downie said.

Support has also come from faculty at the university's Senate who gave a round of applause to Faculty of Medicine professor and Senate member Janice E. Graham who called on Dalhousie's administration to review what measures it is taking to combat racism on campus.

"What do we need to build an inclusive Dalhousie that puts scholarship and integrity on centre stage? Why is it that it's always the vulnerable and progressive who get hurt?" Dr. Graham said in her remarks. 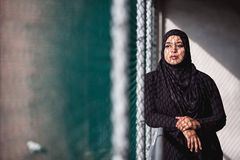