McGill University's medical school in Montreal has been put on probation for failings in several areas, dealing a blow to one of Canada's most prestigious educational faculties.

The Canadian and U.S. bodies responsible for accrediting medical faculties across the continent inspected the undergraduate program at the university this year and cited inadequacies in two dozen areas.

The dean of medicine, David Eidelman, admitted the investigators turned up "more problems than we expected."

"Obviously, we're disappointed, it's not going to help our reputation in the short term," Dr. Eidelman said in an interview on Wednesday. "My job now is to make sure this gets fixed."

In a letter to faculty and students, Dr. Eidelman said the university has 18 to 24 months to "demonstrate significant progress" on the problems authorities identified.

The flaws include concerns over students' learning experiences and the quality of instruction in women's health. They are bound to cause alarm at a university with an international name. McGill's medical faculty is the oldest in Canada, and consistently ranks among the top in the country. Last fall, McGill boasted that, for the 10th year in a row, Maclean's magazine named it top university in the country among institutions with medical-doctoral programs.

The university also noted that it moved up to 11th place among the world's top universities for clinical, preclinical and health education in the 2011-2012 Times Higher Education rankings.

According to the McGill website, the faculty of medicine was founded in 1829, and was McGill's first faculty. This is the first time the medical school has been on probation.

The U.S. Liaison Committee for Medical Education makes routine visits to faculties every eight years along with the Committee on Accreditation of Canadian Medical Schools. A joint team visited McGill in February and found 24 out of a total of 132 criteria lacking.

In a letter to McGill principal Suzanne Fortier on Monday, the evaluators said the probation decision was based "on the constellation of standards with which the school is out of compliance."

"The breadth and depth of these findings have seriously compromised the quality of the medical education program," they wrote.

The findings do not threaten the future of students enrolled in the school, whose diplomas will be recognized. However, it puts the program under a cloud until the issues are addressed.

Placing medical faculties on probation is rare, affecting about one school out of 144 in the United States a year, according to the U.S. accreditation group.

"In general, probation is not common, and it's a sign of serious concern," Dan Hunt, co-secretary for the U.S. Liaison Committee for Medical Education, said from Washington, D.C. "You really don't want to have this happen."

The problems at McGill range from administrative matters to deeper issues. In one of the more significant findings, the assessors said the school failed to ensure all students had the same experiences regardless of which hospital or clinic they were training in.

"We were not ensuring that the curriculum was carefully monitored [so that] students were receiving the education experience we expected them to," Dr. Eidelman said.

Investigators also found that students reported they were receiving inadequate instruction in women's health and family and domestic violence.

Dr. Eidelman said the faculty set up a task force after getting preliminary findings from the accreditors in April. Members came up with an action plan and most of the issues will be addressed by the end of this year, he said.

Business students put hacking to good use
May 15, 2018 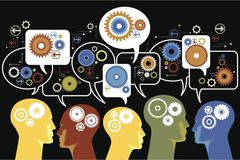 Quebec to track, study use of medicinal marijuana
May 15, 2018 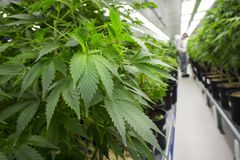 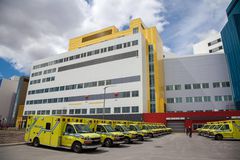