A long-awaited expert committee report on the abortion pill is recommending that provincial and territorial governments cover the $300 cost of the medication, The Globe and Mail has learned.

The Common Drug Review (CDR) endorsement is a crucial step toward taxpayer-funded reimbursement for drugs new to Canada, including Mifegymiso, a two-drug combination kit that pro-choice advocates hope will eventually make abortions easier to obtain outside big cities.

Every province except New Brunswick – which has already promised to cover Mifegymiso for all women – has said it would wait for word from the CDR before deciding whether to list the abortion pill.

"This is welcome news," Sandeep Prasad, the executive director of Action Canada for Sexual Health and Rights, said of the CDR's positive recommendation. "This supports what we've always thought: that Mifegymiso is an important drug and it's cost-effective."

The CDR's five-page report, a copy of which was obtained by The Globe, explains the committee's rationale for its positive recommendation, including the quality of the scientific evidence in favour of Mifegymiso's safety and efficacy and its cost-competitiveness with surgical abortions.

The report is scheduled to be made public on Thursday.

The CDR's expert panel looked at five studies of the combined use of mifepristone and misoprostol, the two drugs that make up Mifegymiso. Taken together, the studies found, the medications are associated with successful complete abortion 95 per cent to 97 per cent of the time.

The majority of women in the studies experienced nausea, vomiting and diarrhea, all of which are the expected side effects of the hormone in misoprostol.

"There were no deaths or withdrawals due to adverse events reported in any of the included studies, and serious adverse events were reported in only one study; however, the study durations were shorter than six weeks," the report said.

As part of the CDR process, Mifegymiso's Canadian distributor, Celopharma Inc., submitted cost estimates for the medication compared with other abortion methods.

After identifying several "limitations" in Celopharma's figures, the committee conducted a reanalysis that concluded the cost of an abortion with Mifegymiso would be $610, even though the pills cost only $300.

The report does not say exactly how the committee reached that figure, but the total would presumably include the cost to the public health-care system of two visits to a doctor and an ultrasound, which Health Canada stipulates in its guidance on the drug.

The report also found that Mifegymiso would be more expensive than two other drugs that are occasionally used off-label in Canada to induce abortions, both of which are considered less safe and effective than mifepristone and misoprostol in combination.

The thumbs-up from CDR does not mean provincial drug plans will automatically cover Mifegymiso, either for all women or for women who qualify for public drug coverage, such as those on social assistance.

Each provincial government still has to make its own call and some will likely wait for the pan Canadian Pharmaceutical Alliance, which negotiates group discounts for drugs, to reach a deal with Celopharma.

Mifegymiso became available in Canada in January of this year. 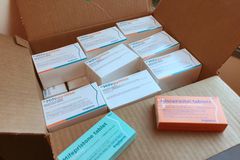 Book Review
Cat Marnell’s How to Murder Your Life, reviewed: Humorous and horrifying
May 17, 2018 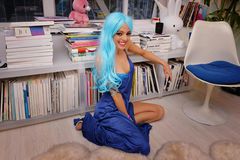