More than 1,000 planned purpose-built rental units have instead been converted to condominiums in the Greater Toronto Area since Premier Kathleen Wynne's government expanded rent control in the spring, according to a new report that warns the region's rental supply crisis is poised to worsen.

The report, which is to be released on Monday and was obtained by The Globe and Mail, says that already-low vacancy rates will plunge further unless the government enacts policies that encourage developers to build an average of at least 6,250 additional new apartment units a year for the next decade in Ontario.

"We need more supply," said Jim Murphy, president of the Federation of Rental-housing Providers of Ontario (FRPO), which commissioned the study. "When the government brings in policies that sort of act as a deterrent or, at best, just get people thinking about putting things on hold pending the election, that's not good."

The report is the first to measure the impact of extending rent control by tracking the conversion of planned apartment projects to condos. As part of a wide-ranging package of housing policy changes announced in April, Ms. Wynne, who is preparing to go to the polls next year, announced that all rental units in the province would be subject to rent control to improve affordability. Previously, the policy applied only to buildings constructed before November, 1991.

While the measure was popular among renters, some of whom had received huge monthly increases as Toronto's housing market got ever tighter, many economists warned that expanding rent control would choke supply by reducing incentives for developers to launch new apartment buildings. Under the policy, rent hikes for all private apartments are now capped at around inflation to a maximum of 2.5 per cent a year.

"The legislation caused us to review our rental projects across the GTA," Mr. Gitlin said by e-mail. "The impact of the legislation will be to mute growth through limiting rental growth and enhance risk that will accompany inflation as a landlord will need to absorb increased expenses."

The FRPO found in a survey of its members, who are mostly large property owners and management companies, that about 20,000 of more than 28,000 planned purpose-built rental units in the GTA were under review as a result of the government's housing measures. The organization is tracking unit conversions and cancellations and is also launching a campaign on Monday to push the government to amend its rent-control legislation.

After the government's announcement, the number of purpose-built rental units proposed for the GTA continued to rise in the second quarter of 2017. However, the increase was at a much slower rate than in previous periods – 1,719 units were added to the planned inventory from April to June compared with 2,453 units in the first three months of this year and 5,645 units in the second quarter of 2016, according to Urbanation, a real estate consulting firm that prepared the report for the FRPO.

That figure doesn't include more than 1,000 planned apartments in four projects that have already been converted to condos – an "early and conservative" estimate that will likely soon double, according to Shaun Hildebrand, senior vice-president at Urbanation.

Even with expected levels of new apartment starts, the report projects that demand for rental units in the province will far outweigh supply. It urges the construction of at least 62,500 additional new purpose-built apartments over the next decade, or 6,250 a year on average, which would raise the vacancy rate to between 2.5 per cent and 3 per cent in Ontario. The majority are needed in the GTA. The vacancy rate was 2.1 per cent in the province as of last year and 1.3 per cent in Toronto.

While most of the growth in the current rental supply comes from the so-called secondary market of investors who rent out their condos, such units are not as stable as purpose-built apartments, given they can be sold at any time. In addition, the report says investors will likely not hold onto their condos for as long because rent control will limit their ability to cover increases in carrying costs.

The report also warns that 85 per cent of the province's existing stock of purpose-built rental buildings are more than 35 years old and will require higher levels of investment to maintain.

Opinion
Wynne government has no business meddling in markets
September 22, 2017 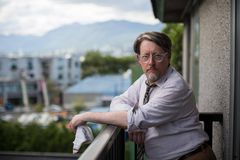