Canada's access-to-information system has only gotten worse under Prime Minister Justin Trudeau's government, and a new Liberal bill intended to fix the problems has "worrisome" elements, a new report has found.

A freedom-of-information audit from News Media Canada, a national association representing the Canadian news media industry, gives the federal government a failing grade for timely disclosure of information. It also said its performance in this year's audit "was even worse than in the latter years of the former Stephen Harper government."

Opinion: Trudeau needs to deliver on his access-to-information promises

"The results are not encouraging and show a system that seems as broken as ever," said a report on the audit by journalist and professor Fred Vallance-Jones and Emily Kitagawa, a freelance journalist and social worker.

"It's got to be a bad day for Liberals when Stephen Harper was more open to the Canadian public than they are," he said.

The report came the same day the federal information watchdog said she is "generally very disappointed" with the Liberal bill that would revise the Access to Information Act, which is intended to let Canadians see federal files.

Information commissioner Suzanne Legault said on Tuesday she will outline her concerns about the planned changes in a special report to Parliament this week.

The act, which took effect in 1983, allows people who pay $5 to request everything from correspondence and studies to expense reports and meeting minutes.

Agencies must answer requests within 30 days or provide a good reason for taking more time.

Treasury Board President Scott Brison has acknowledged the need for modernization and he described the government bill introduced in June as the first substantial revision of the act. "These reforms are only the first phase," Mr. Brison said in the Commons last week. "It is a work in progress to strengthen access to information and openness and transparency in Canada."

The bill would also allow the information commissioner to order the release of records and require the prime minister, cabinet ministers, members of Parliament and senators to release some types of documents regularly.

Conservative and New Democrat MPs say the Liberals are backpedalling on a campaign promise to fully apply the access law to ministerial offices. They also say the bill does nothing to narrow the exemptions that allow federal agencies to keep information secret.

The media organization has done seven such audits since 2008. This year's involved mailing more than 400 requests to all three levels of government for comparison. The federal requests included everything from contracts to correspondence to information about U.S. President Donald Trump. The audit said just a quarter of requests sent to federal departments, agencies and Crown corporations were answered within 30 days. One third did not receive a response by the end of the audit period of nearly four months.

"The federal audit reveals an access system that is bogged down to the point where, in many cases, it simply doesn't work," the report said.

It also expressed concern because the Liberal bill would allow access requests to be rejected if they are "vexatious" or for so many records that they would "unreasonably interfere" with the government's work.

"One of the most worrisome of the new provisions is one allowing requests to be rejected simply because of their size or scope," the report said.

Mr. Brison has said he intends to ensure no government can abuse this provision.

Opinion
Trudeau needs to deliver on his access-to-information promises
September 18, 2017 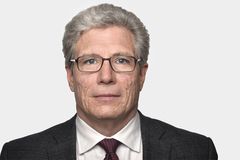 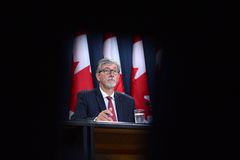