Facebook Inc. is launching an initiative to help Canadian politicians and parties protect their accounts in the lead-up to the next federal election, while acknowledging the difficulties of policing fake news and misleading ads on its platform.

The social-media company will launch a Canadian "election integrity initiative" on Thursday, Kevin Chan, Facebook Canada's head of public policy, said in an interview. The changes will include an emergency e-mail address politicians and parties can contact to have Facebook staff shut down and restore accounts that have been hacked.

In addition, Mr. Chan said, Facebook will issue a cyberhygiene guide they can use to secure their pages, and launch a partnership with a non-profit group called MediaSmarts to educate voters on the dangers of fake news.

The initiative is an attempt to address the threats to Canadian elections that were laid out in a recent report by the Communications Security Establishment (CSE), and stop hackers and other forces from disrupting the country's democratic process during the 2019 vote. It is also a response to broader concerns over the growing presence of fake news and misinformation campaigns on the internet.

"You're never 100-per-cent sure that nothing is going to get through, but we are certainly putting all efforts into ensuring that we are making the platform as inhospitable as possible for the bad actors or malicious content," Mr. Chan said.

Facebook has been under pressure in the United States since it gave about 3,000 ads earlier this month to congressional committees investigating Russian interference in the 2016 election. Seen by an estimated 10 million people before and after the election, the ads focused largely on divisive social and political issues.

Canadian politicians have urged Facebook and other online companies to improve the way they police their sites and to restrict the dissemination of illegitimate news.

Facebook insists it has learned from the U.S. election, having shut down tens of thousands of pages in subsequent elections in France and Germany. In addition, the company is adding staff to respond to complaints from users about misleading pages and advertising, in addition to developing artificial-intelligence tools to control content.

By the time the next Canadian election comes around in 2019, Facebook will have benefited from improvements made for other votes around the world, Mr. Chan said.

"We're lucky in many ways in Canada in the sense that we are starting this proactively now, with two years or so of runway, which is great. This allows us to work on foundational pieces, like digital literacy and upping people's general awareness, and also addressing the cybersecurity and cyberhygiene piece well in advance," he said.

Facebook is not the only company attempting to address concerns over fake news. Last month, Google Canada announced a $500,000 contribution to a program designed to help educate young Canadians on the importance of news and trustworthy sources of information. The program involves mock elections in schools that are undertaken in conjunction with provincial and federal votes.

"This is an example of the fact we recognize that fake news is a concern to this government, it is a concern to us, and we saw an opportunity to take action," said Google Canada's head of public affairs, Aaron Brindle. 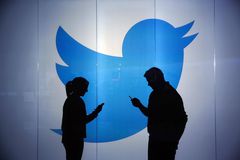 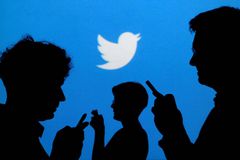